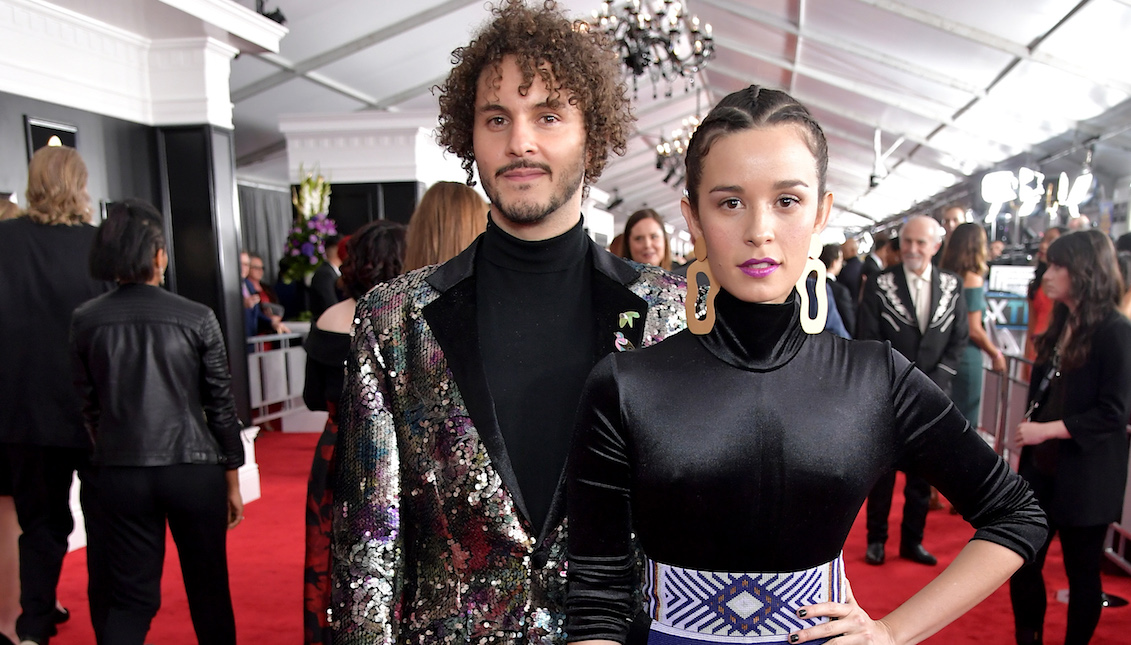 The tropical charm of Monsieur Periné

The Colombian group is touring the United States, bringing new music and new strength, with their traditional charm and sheerness.

"With the wild soul, I learned walking, that I can walk around with little," says one of the new songs by Monsieur Periné, Encanto Tropical, part of the self-titled album that the Colombian group brings to the United States under the belt this summer.

While they were moving from Boston to Richfield, the vocalist Catalina García spoke with AL DÍA about the new projects that the band has in view for the next months.

"We are doing a huge and ambitious tour this year," she told us, referring to La Sombra, the tour that has taken off with the screening of a new video. "We have visited several cities in South America, from Santiago de Chile to Buenos Aires, Lima, Montevideo, Mexico to Barcelona (Spain)."

After brief trips to the United States, this is the first time they decide to visit several places "in the same stretch."

"We have constantly been coming for the last three years, but always in short stretches, between 6 and ten dates, and this time we have around 30 dates," Garcia explained.

Since its beginnings in 2008, Monsieur Periné has been reaping a solid base of fans, awards and the recognition of great agencies that have paid attention to its sound and staging.

Founded by Catalina, Santiago Prieto, Nicolás Junca and Camilo Parra, Monsieur Periné debuted on the stages of Villa de Leyva (a town near Bogotá) during Holy Week in 2007. From then on, its members dedicated themselves to finding a sound that fused the traditional Latin American rhythms and jazz.

"We got to know each other in college in Bogotá, and basically we were connected by music. We were on vacation in Villa de Leyva, and we met in the same square one night, without having met before, and that night there was a kind of jam of musicians, and that's where we met."

As marked by fate, the young people decided to continue making music together, find a space, and explore the sounds that would give rise to an important group for the current Latin American scene.

"We started to create a repertoire of music that we liked, which was not necessarily the music that was playing on the radio," Garcia said. "It was music from the Latin-Brazilian popular repertoire - from the Antilles, and so - especially older songs, which we began to mix with the sound of the swing, trying to adapt the sounds and the melodies."

An example of this is their version of Sabor A Mi, iconic bolero from 1959, composed by Álvaro Carrillo and immortalized by the Los Panchos trio, which Monsieur Periné transforms into a fantastic swing, without losing an iota of the original melancholy of the piece.

After experimenting with versions, sounds, and collaborations, the group began to make a name for themselves in small events - from weddings to birthdays - where they were hired "to have background music that would liven up the moment," recalls their vocalist.

"That's how we started to make ourselves known, and people were struck by what we were doing," she said, adding that this was what encouraged them to make local calls, to participate in the circuits of bands that are starting, and to become eventually in a live growth group.

"We've always been a live band, a band that has cooked its sound with the audience's thermometer and we've always made music for people," explained Catalina.

Thanks to this performative vocation, Monsieur Periné has taken chamber-like genres to new scenarios, demonstrating that music never goes out of style.

From the first album in 2012, the history of the project changed.

"It became something more solid, with an impact on the local Colombian scene. We started traveling, and we haven't stopped ever since," the singer concludes from the road on the way to their next concert in the United States.

This fantastic group is part of a Latin American phenomenon that has been cooking for some years now, and where the female voice and traditional sounds have taken the lead in all the proposals.

Their album Caja de Música (2016) was her first Grammy Award nomination, after having taken home the 2015 Best New Artist award from the Latin Grammy Awards.