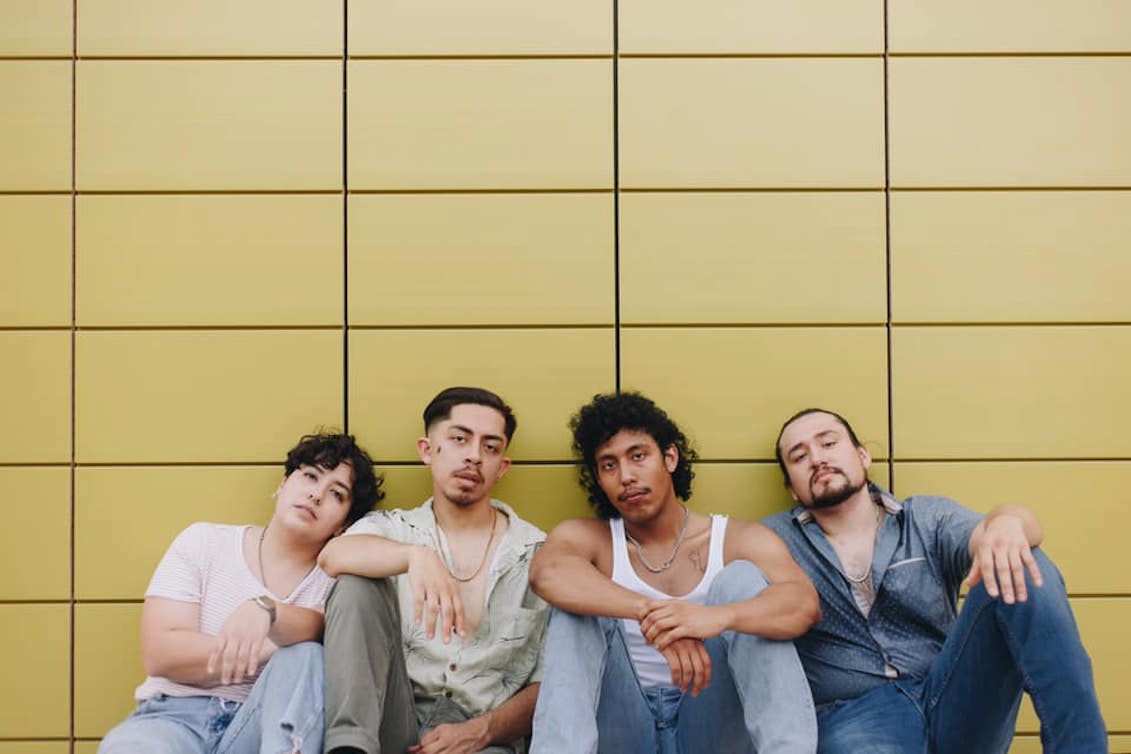 Dallas-based band Luna Luna have been producing pop-driven indie hits since 2017. The group’s reach continues to expand in 2021.

Luna Luna is a bilingual Latinx band that formed in Oak Cliff, Texas in 2017.

Luna Luna’s music is based in groove and rhythm, carrying a slight rock inspiration with pop influences ranging from bedroom, synth, and dream-pop. The group crosses genres often, sometimes collaborating with rap artists, and frequently borrowing from different decades of music.

The band got their start like many others: by performing at house shows and local universities.

It’s been a steady rise for the band, and projects like 2019’s Carousel and 2018’s For Lovers Only have been attracting recent attention online, even years after their initial releases.

This is the result of various music-sharing services and social media platforms, such as TikTok.

Latinx representation is also a prominent component of the group’s music and mission. Luna Luna’s songs with the strongest Latin/Spanish influence are “Fierra” and “Commitment.”

The pair of songs are some of Luna Luna’s most bilingually-focused tunes: with band members weaving verses of English and Spanish in both tracks.

“Fierra” is a track featuring Latin-style rhythm and guitar with verses sung in Spanish, while the hit song “Commitment” is an impassioned ballad with a Spanish-spoken verse and outro.

Luna Luna has been making moves in 2021, releasing two singles in recent months. However, like many other musicians during the 2020 coronavirus pandemic, they took a break.

Instead of performing, Luna Luna assisted with youth voter registration leading up to the 2020 Presidential Election. They did this through collaboration with political organizations that reached out to the band.

Their two singles this year are “Golden,” featuring rapper Pretty Boy Aaron — a recurring collaborator of Luna Luna — and “One Thing,” featuring The Undercover Dream Lovers.

The latter collaboration took form when Luna Luna vocalist González bonded over disco and psychedelic music with The Undercover Dream Lovers’ Matt Koenig, whose vocals are featured on the track.

With such a diverse sound, style, and personnel, Luna Luna has also garnered some popular tracks during their rise.

Some of the band’s biggest hits include “For You,” “80s Tune,” and “Daydream” in addition to the previously-mentioned “Commitment.”

Other notable tracks — for their catchy songwriting, gripping instrumentals, and lovable demeanor — include “Revelation,” “Only You,” “Feelings in Me,” and “You and I.”

The band has a modest history of performance, having played SXSW and the Eso Es Tour. Their next appearance at a festival will be at Texas’ own 12th Jam Music Festival on August 28.

The group will also hit the road and perform their own set of shows in the United States later this year. The band will play in California, Nevada, Oregon, Washington, Utah, Colorado, Arizona, and Texas.

Luna Luna’s Flower Moon Tour will begin on Nov. 10 in Santa Ana, California and end in Dallas, Texas, on Dec. 14.