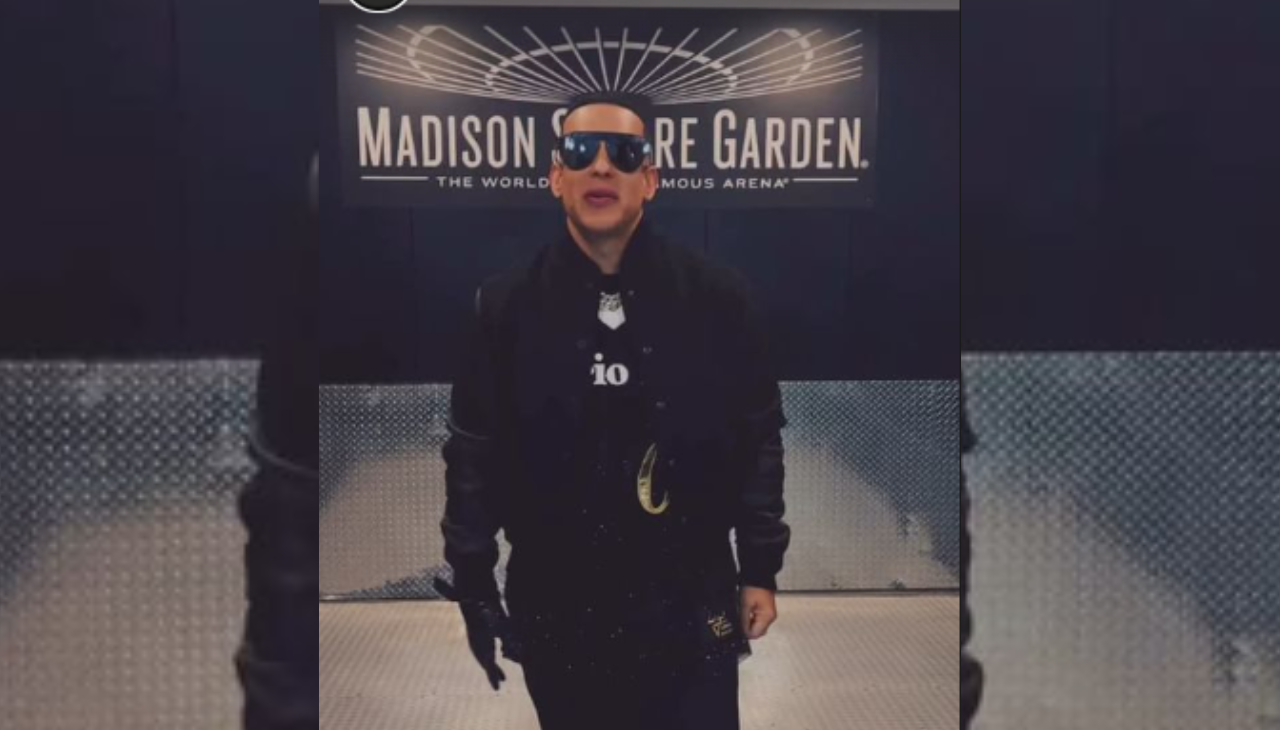 The king of reggaeton performed a concert at Madison Square Garden.

During the event he performed his most important hits, such as "Gasolina" and "Limbo". In addition, he made his entrance pretending to get off an airplane, wearing a gold sequined jacket and sunglasses.

The artist "transformed the Madison Square Garden stadium into a vibrant discotheque with a mega screen of hyper-sharp resolution, flares, laser beams and a group of tireless dancers who 'perrearon' relentlessly moving across a stage with two heights," mentioned Vanguardia magazine about his presentation.

Yankee had previously mentioned that this stop of his "La última vuelta" tour had a special value, as it closed the first phase of the United States with his return to a key city for the urban genre since its beginnings.

"Since this movement was activated it was an instant reaction in the Dominican Republic and Puerto Rico, and the first city we quickly impacted since the nineties, starting, was here in New York," said the artist during his presentation.

During the main show of "La última vuelta," Yankee sang virtually with Luis Fonsi, Zion y Lennox, Ozuna and Bad Bunny, through videos on the giant screens that surrounded the stage.

To end his performance, the Puerto Rican performed "the song that changed music forever, that went viral without social networks, the song that made reggaeton worldwide," as he mentioned before starting with "Gasolina" and closing with a fireworks show.

Latino celebrations in New York will continue through October 15th, the culmination of Hispanic Heritage Month.