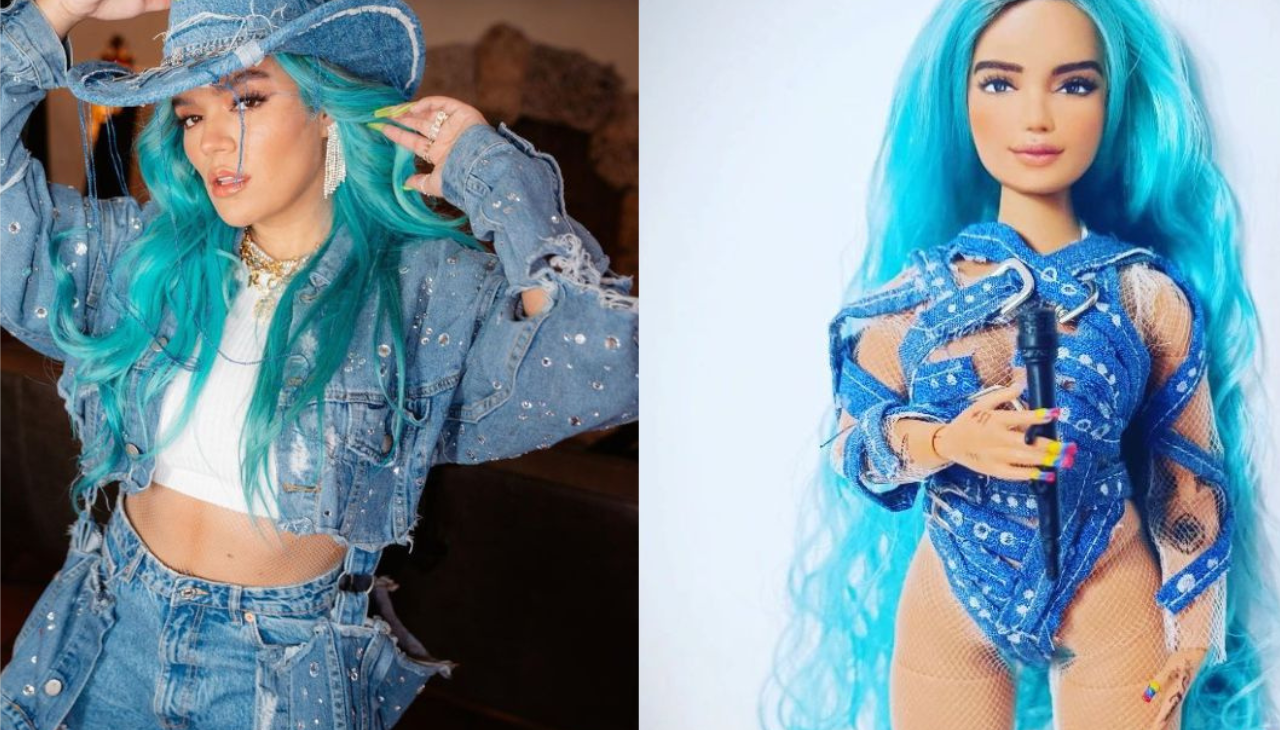 The doll is inspired by Karol G's look at Coachella. Photo: Instagram

‘Barbie Bichota,' a doll made in Colombia inspired by Karol G

A Colombian company decided to launch an edition of its dolls inspired by Karol G.

Recently, a Barbie-style doll of Karol G was unveiled on social media. It's a personalized replica of the paisa with her recognizable blue hair and the denim outfit that captivated during her performance at Coachella.

The design was unveiled by Shirley Cabrera, owner of Fefa M Doll, a Colombian company dedicated to making Barbie dolls of celebrities, on her TikTok account. There, fans can see the 'Barbie Bichota,' a doll with features similar to those of the real 'Bichota'.

The company based in Bogotá took the initiative to manufacture the urban singer's own doll, replicating details that make the end product special and different.

According to a video uploaded on TikTok, Fefa M Doll took the risk of creating a Barbie-style doll, which could be adapted to any type of celebrity or celebrity in the world. As an alternative, the young woman wanted to bring Karol G to life in her collection.

This project began almost two years ago, thanks to Cabrera's fanaticism for the American doll. As time went by, she began to try new styles and characteristics so that the dolls would be personalized and different from the rest.

Cabrera spent more than four days creating this replica of Karol G, and her goal was to make it as similar as possible. In each facet, she sought to modify something, transforming the product several times.

In a TikTok video, the businesswoman shows the 'Barbie Bichota,' which has versions of her costumes and designs, so prices may vary. According to what was disclosed, the dolls could cost between $70 and $180, depending on the desired features.

"TikTok do your magic... I want Karol G to have this doll. Tag Karol G," she says in one of the clips, where the figure is seen wearing a black swimsuit with her characteristic blue hair.

The company has also presented other models of artists, such as Becky G, Shakira, Kim Kardashian and Nicki Minaj.