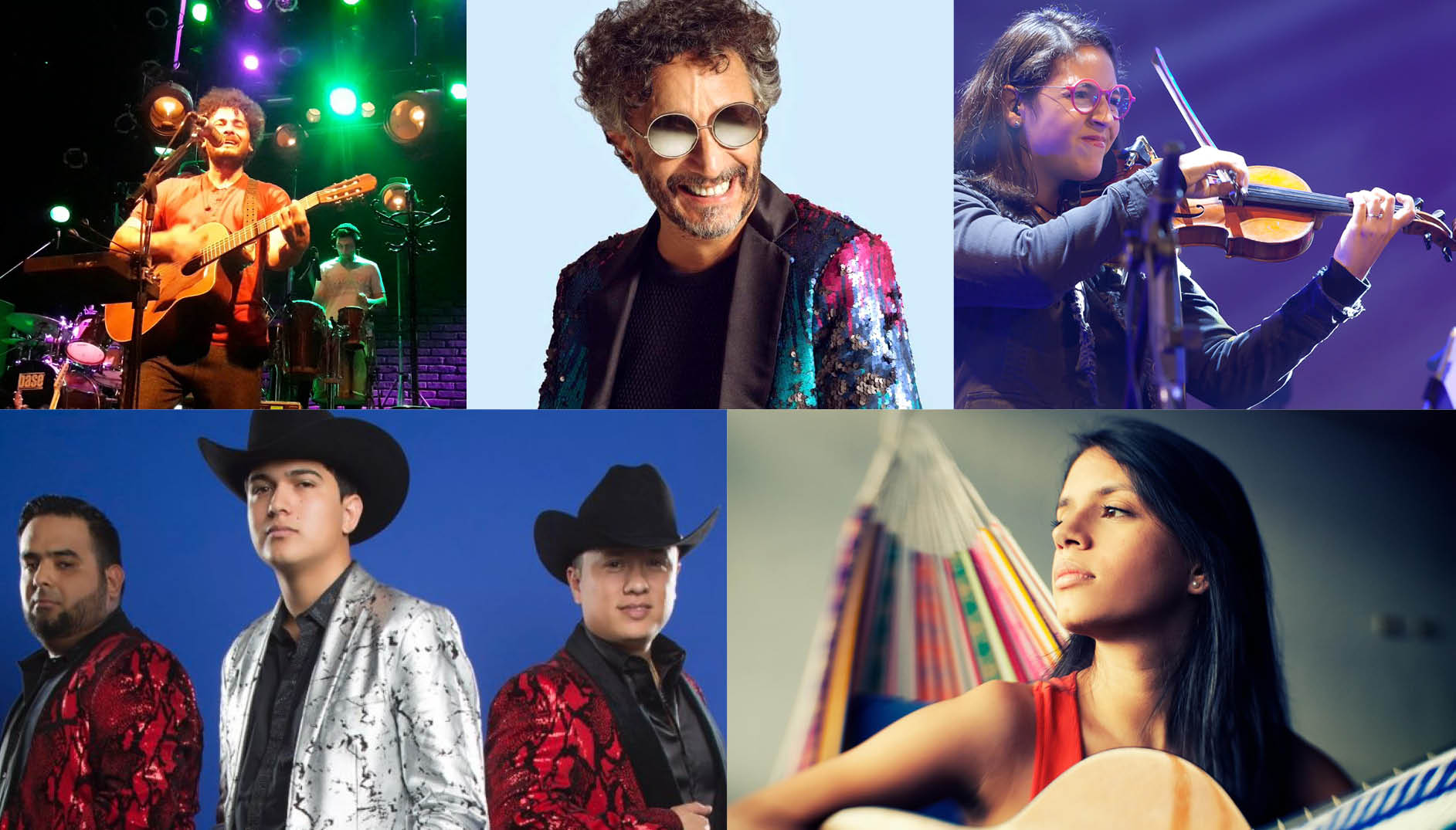 We’re beginning 2018 with the best of Latin American music today.

Raúl "Raly" Barrionuevo is one of those artists from the Southern Cone who has managed to fuse popular music with new trends (rock, folk, etc), maintaining their roots in folklore and Latin American identity. After 20 years of experience, his iconic voice returns with the album "La Niña de Los Andamios", which our selection this week is part of.

After "La Ciudad Liberada", Fito Páez will not need another compilation of Greatest Hits. This is, without a doubt, the best album since "El Amor Después del Amor", and we could not stop recommending it. While each song is a hymn to the eclecticism of the Southerner, "Tu Vida Mi Vida" is a good way to introduce oneself to this fantastic repertoire.

With the phenomenon that has driven the movie "Coco" by Pixar, the music of Ulices Chaidez falls as a glove. With only 16 years old he was already a musical promise within the Mexican Regional genre. "Qué Bonito Es Querer" is part of his second album El Elegido, and perfectly shows the roots of this romantic singer-songwriter from Sinaloa.

The first seconds of this song transport us to known and unnamed landscapes; we know that it vibrates deeply in the South American heart, but at the same time it seems to melt all the folklore of the continent. María Cristina Plata achieves this by experimenting with rhythms such as the pasaje llanero, the bullerengue, the carnivalito and the bambuco, and a sweet voice with simple lyrics. Thanks to this album from 2014, Plata brought the sound of Bucaramanga to the whole world.

Summarizing the musical career of a violinist like Daniela Padrón is not an easy task, but her solo album Bach to Venezuela can help us a bit. Venezuelan, trained in Caracas, with international studies and with a career as a performer, collaborator, and teacher, Padrón has managed to cover almost the entire range of possibilities for a violinist. The fusion of the work of Johann Sebastian Bach with the Venezuelan rhythms is a living example of this.