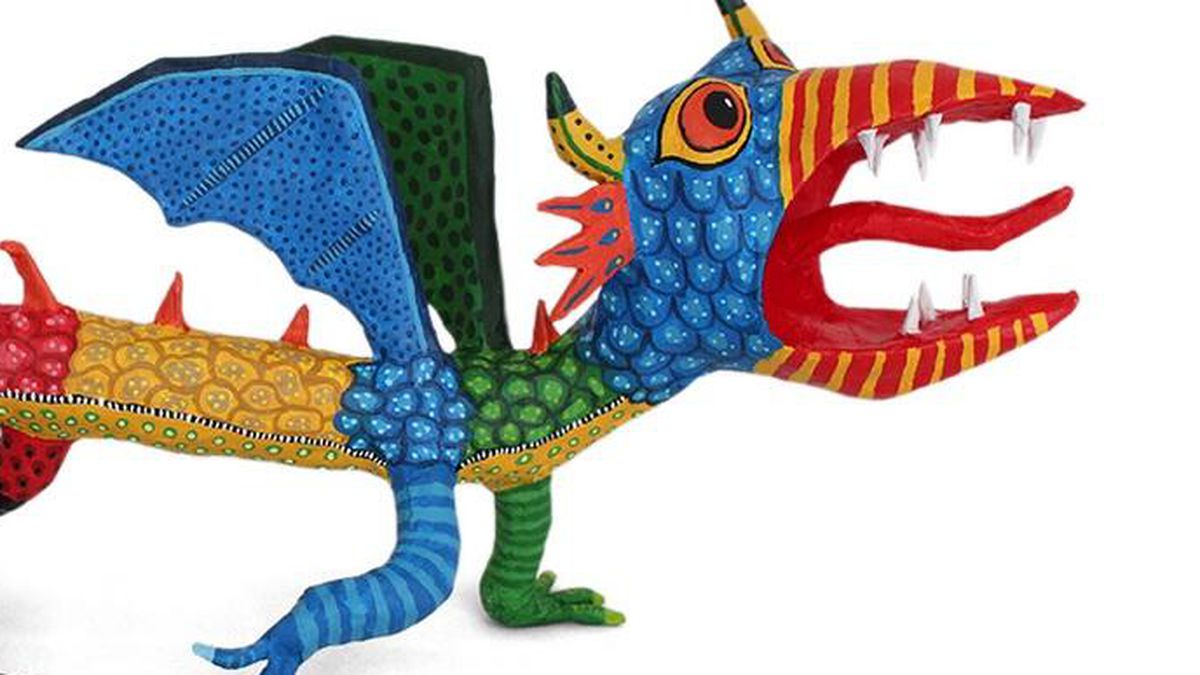 Pedro Linares López was born in Mexico City, Mexico on June 29, 1906. One hundred and fifteen years later, he is being honored in Google’s latest “google doodle,” available for everyone in the United States and most of Latin America to see when making a search on the Google search engine. The doodle celebrates the iconic work of the Mexican artist, who is credited as the original creator of the otherworldly Alebrijes sculptures that are a distinctive symbol of Mexican culture.

Today, Linares’ colorful paper-mâché animal sculptures are renowned as unique products of Mexico’s art tradition, and offer a glimpse into the inspirations rooted in indigenous, pre-Hispanic art from the now Mexico City region.

A pioneer of what Google calls “Mexican folk art,” Linares’ style was admired by his contemporaries Frida Kahlo and Diego Rivera. However, his art didn’t make international waves until the 1975 documentary by Judith Bronowski, Pedro Linares: Artesano de Cartón.

Born in Mexico City in 1906, Linares learned the art of paper-mâché art and sculpting under the direction of his father. By 12 years old, Linares had honed his craft at bringing various items like traditional piñatas and skeletal figures for Mexico’s Día de los Muertos celebration to life.

But it wasn’t until Linares fell ill in 1936, at age 30, that his style became something more.

The fantastical, otherworldly animals he came to sculpt were inspired by fever dreams during a bout with illness.

“I saw them in a dream,” he told The Los Angeles Times in an interview in 1992 . “They were very ugly and terrifying and they were coming toward me. I saw all kinds of ugly things.”

Linares said he dreamed of a forest where nature and animals that would be called commonplace were suddenly transformed into strange beings. From a donkey with butterfly wings, to a lion with an eagle’s head.

In 1990, Linares was awarded the National Prize for Arts and Sciences in the Popular Arts and Traditions category, the Mexican government's highest honor for artisans. He died in 1992 at the age of 88.

Fans of the 2017 Pixar movie Coco recognized a form of alebrije in Pepita, a half-lion, half-eagle creature that serves as the spirit guide to Mama Imelda, instrumental in getting Miguel back to the Land of the Living.

“I find his work very interesting and eerie, and I wanted to honor him by creating an alebrije by taking inspiration from his most iconic pieces,” said Emily Barrera, the “doodler” behind today’s tribute to Linares. “It also felt really rewarding to do something that is strongly tied to Mexico, making me feel more connected to my country.”

Get a behind-the-scenes look at the making of the doodle here.