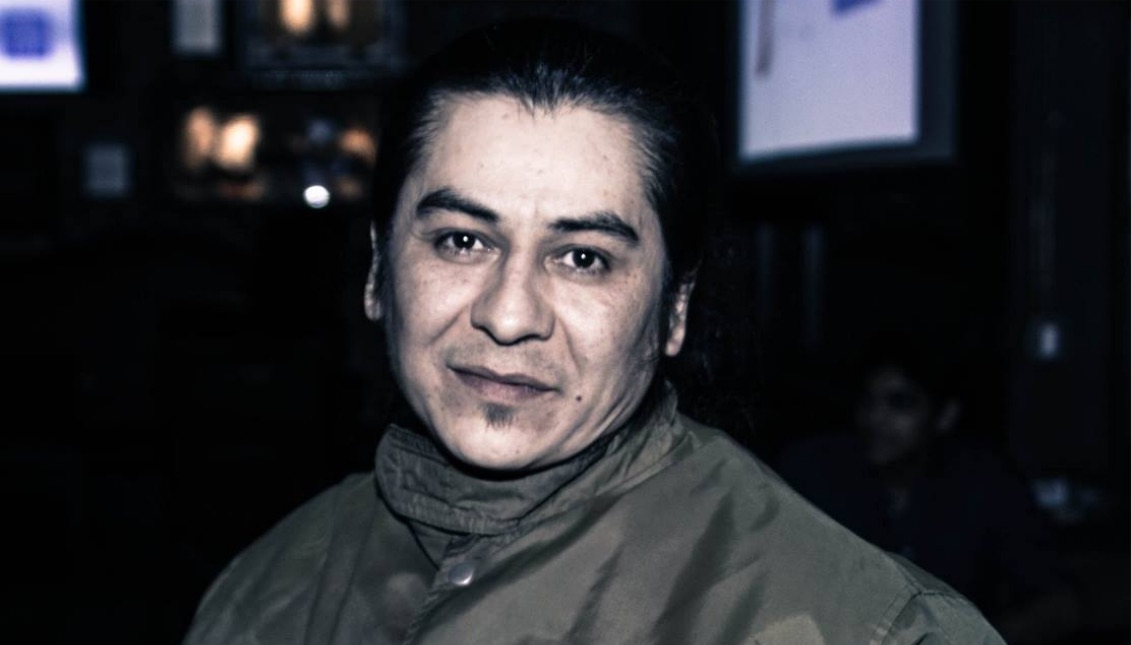 A current resident of the 40th Street Artist-in-Residence Program (4007 Chestnut) that awards West Philadelphia artists one year of free studio space, De la Mancha will exhibit past and present works from April 18 to May 9. 50 percent of the sales of…

The 'toltecatl' from West Philly

In nahuatl language the word “toltecatl” means artist, however its mission goes beyond the practice of creative arts. In ancient Mexico a true artist, by definition, is capable and clever, and can train himself to create skillfully and compose his work.

Mexican artist Brujo de la Mancha has followed a similar creative path. A resident of West Philly for over 15 years, he is a multidisciplinary and self-taught artist, inspired by the cultural narratives of Mexican indigenous traditional art.

“I grew up believing and experiencing independent thinking, realizing that people are rich in resourcefulness in their own power for self-control,” said De la Mancha, who was born in Mexico City.

He grew up in a poor household who sent him into the workforce at a very young age to help his family, and provided next to no support for his creative calling. By the time he was 16 he decided to leave Mexico, running away from the authoritarianism of the government in terms of freedom of expression.

“You can say I was a radical teenager, a rebel, a rocker, a punk. Back in the 1990s Mexico City was under military control. There were many protests against the privatization of the National Autonomous University of Mexico (UNAM),” De la Mancha said. “I was arrested in one of those marches and experienced violence and abuse (at the hands) of the police.”

Before arriving in Philadelphia, he traveled around Mexico and immersed himself in a diversity of indigenous cultures in the states of Oaxaca, Veracruz, Puebla, Michoacan and Tlaxcala.

De la Mancha said in Mexico there is a great emphasis in the connection between human beings and the natural world. Ironically, however it has been in the United States where he has deepened and strengthened the connection with his own indigenous heritage.

Above all a community-based artist, in 2003 De la Mancha co-­founded the first Aztec dance troupe in Philadelphia, Ollin Yoliztli Calmecac (OYC). Now a Philadelphia-based cultural non­profit, its mission is to raise awareness of the Mexicayotl (a nahuatl word that means “mexicanness”) as a living culture. The following year, in August 2004, De la Mancha organized the first Mexican­-Indigenous Celebration.

“Indigenous groups are still forced to live as strangers in their own land. Some might think my project is political, but I call it humanitarian. I believe it is inhumane that our people have limited freedom. A series of panel discussions that I host aims to empower indigenous people of many ethnic backgrounds so they can connect,” De la Mancha said.

This outreach project aims to generate a  dialogue among the indigenous peoples of the continent living in Philadelphia. These include Northern, Central, Caribbean, or South American indigenous people, as well as African or non-African mixed with indigenous heritage.

During April the panel discussions will take place twice a week on Wednesdays from 6 to 8 p.m. at The Rotunda (4014 Walnut Street) and on Sundays from 2 to 4 p.m. at Atonement Lutheran Church (1542 E Montgomery Avenue).

A current resident of the 40th Street Artist-in-Residence Program (4007 Chestnut) that awards West Philadelphia artists one year of free studio space, De la Mancha will exhibit past and present works from April 18 to May 9. It begins with an opening reception April 18 from 6 to 9 p.m. 50 percent of the sales of this art show will be donated to the coalition Caravana43, in support of the missing Mexican students from Ayotzinapa.