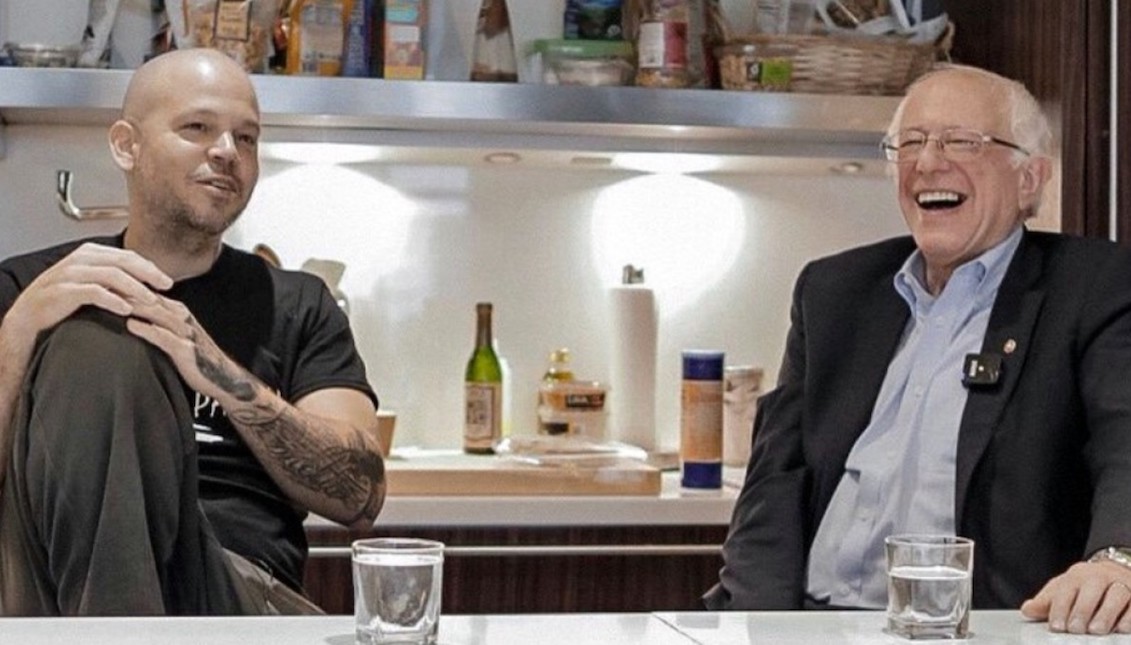 Bernie Sanders joins Residente at his apartment to talk about the political and economic crisis in Puerto Rico, climate change, education, U.S. foreign policy and how we build a movement to defeat Donald Trump.

Bernie Sanders and Calle 13: An unexpected catch-up with two glasses of water

The Puerto Rican rapper and composer could be the insulin the Party needs to get the Latino vote for the elections.

It was a conversation of ideas and hopeful solutions for the island, where Bernie Sanders recognized Puerto Ricans' self-determination right and made a promise to promote a "Marshall Plan" to rebuild the island.

There was also mention of the massive protests in Puerto Rico, after the corruption scandals that ended with the resignation of President Ricardo Roselló.

However, the last message was dedicated to Trump, who Residente Calle 13 called "worse than Roselló."

The independent Senator's efforts to engage young Latino voters include a program focused on immigration politics, medicare and improving the quality of life of the Latino community.

In fact, his "tour de force" for the 2020 elections includes more than 4.500 events and a Spanish-language campaign nationwide.

Always politically committed, the musician's support for Bernie Sanders' ideals is nothing new.

In 2016, when the Senator for Vermont faced Hillary Clinton, Residente Calle 13 joined him in a campaign event in the Bronx with an enthusiastic speech.

Sanders, who according to polls has already overshadowed other candidates such as Julián Castro, is supported by 33% of Latino voters.

Will the rapper be the insulin that Bernie needs on winning the Democratic nomination?