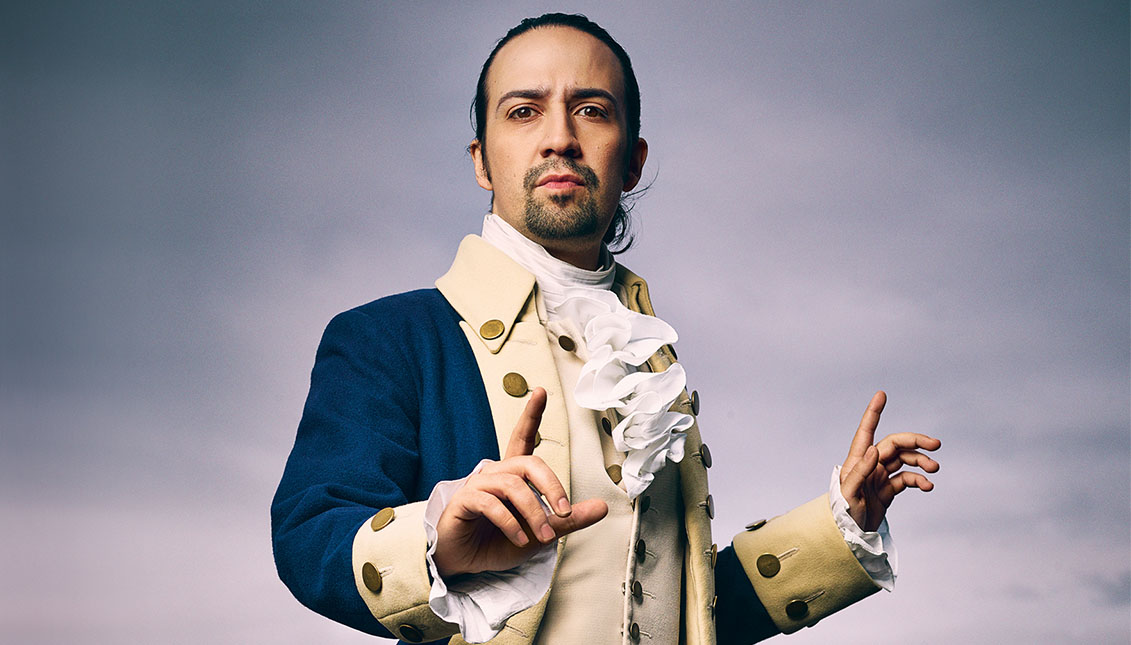 Hamilton is "the American history of then, told by the America of today," said its creator.

A Creole bastard and one of the nation's parents, Alexender Hamilton was born in the Caribbean on January 11, 1757 but spent eternity on Broadway.

The 10 dollar notes are stamped with his face, but it wasn't until 2015 that the character of Alexander Hamilton, under the brilliant gaze of the multifaceted Lin-Manuel Miranda, passed into the annals of the musical genre. And much more than that, he entered the imagination of adults and children who today sing the story to the beat of rap music.

Born in the Caribbean (St. Kitts and Nevis), motherless and with a father who never recognized him, it was Hamilton's youth surviving on an islet at the mercy of a hurricane and later being sent as an immigrant to New York to finally become one of the nation's founders that made Miranda interested in his life.

Because the life of this mestizo, with its lights and shadows, is also the story of America, of the birth of the federal system, of which he was the ideologue, and of the economic model that made the country the most powerful in the world.

The actor and director had read Hamilton's biography written by Ron Chernow and worked on the script for seven years trying to be as faithful to the story as he could, but also bringing an original perspective both in his reading of slavery and in his cast of actors as diverse as ever seen on Broadway.

"(Hamilton) is brilliant because it invites young people and people of colour to think about American history as a story that could be their own."

After its premiere in 2015 at the Richard Rodgers Theatre, the musical was not only a huge success with audiences who never left it, but also received unanimous critical acclaim, winning 11 Tony Awards, 1 Grammy and even a Pulitzer Prize.

So much so that even in countries like Spain, tributes have been paid not to Hamilton himself, but to the musical. Turning it into a global phenomenon when it premiered this summer at Disney+.

But what is it that makes this work so exceptional and what can we learn from its way of "reading" the history of the United States?

Lin-Manuel Miranda decided that he was going to be faithful to the facts, but he took some interesting licenses, like the fact that race was a secondary role in the choice of actors, as he explained in an interview years after the premiere: "I will choose the best rappers I can find, whether they are white or not". The result was a colossal paradox, that most of the protagonists, including the founding fathers - who had owned slaves - were either Latino or black actors.

In other words, it prevented the prejudices that have always been at the heart of the country from entering the play, but not the story. Because Hamilton, who condemned slavery even with his small mouth, also suffered because of his condition as a migrant and mestizo.

One of the main criticisms that Hamilton received after his premiere was that Lin-Manuel Miranda had exaggerated the abolitionist ideals of the politician and writer in order to transform him into a hero, something that historians such as Harvard professor Annette Gordon-Reed subscribe to: "He was not an abolitionist. He bought and sold slaves for his in-laws," she wrote in The Harvard Gazette.

While it is true that the only founding father to appear in the openly slave-owning musical is Thomas Jefferson (Burr, Washington or Madison also had slaves), Miranda puts forward in the final issue a luminous thesis, something we can never know in light of Hamilton's early death in a duel with Burr: If he had had enough time, would the politician have fought for the abolition of slavery that he rejected?

It came at the right time

It is "the history of America then, told by America today," Miranda said at the time when criticism rained down on some historical passages of the musical, such as the fact that Jefferson and Hamilton disagreed on everything (which was not true), or that the cruelest or most manipulative aspects of this politician's personality were softened, such as his lack of faith in democracy (Hamilton believed that a president should be little less than an absolute king).

But Hamilton's success is inseparable from its time, so much so that not only did he prevent the US Treasury Department from removing the face of this founding father from the notes in 2016, but it appeared in a flash at a time of change towards a presidency full of darkness: Barack Obama was about to leave the White House and Trump was about to arrive.

Hamilton is also a reflection of that political transition from mestizo to WASP America.

The result of all this is summed up perfectly by Princeton University theatre professor and historian Brian E. Herrera, who pointed out to NBC that Hamilton's importance transcends the show itself:

"It encapsulates the inclusiveness and promise of the Obama era (...) It's brilliant because it invites audiences, particularly young people and people of colour, to think about American history as a story that could be their own."