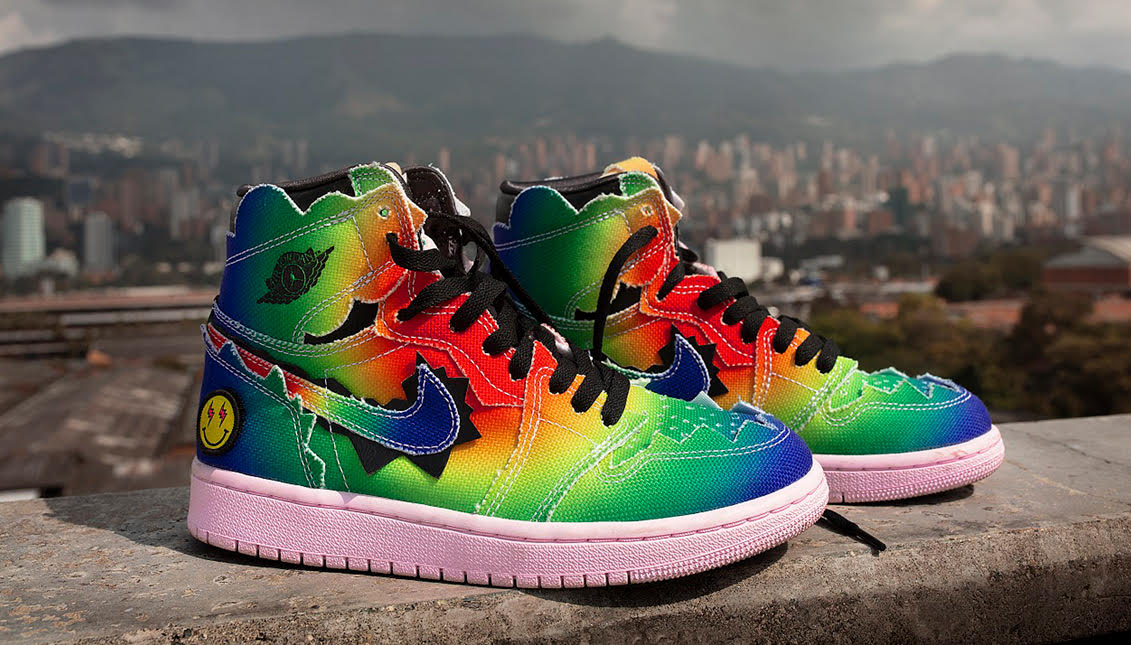 Nike’s collaboration is with J Balvin this time around. Photo: Forbes.com

Nike has collaborated with many artists, but J Balvin is the first Latinx one.

Look at Nike, collaborating with Latinx artists. Yes, you heard that right. J Balvin was the most recent music artist to work with the international sports giant. It is a big step for the Latinx community considering he is the first Spanish-language artist to be tapped by the brand for a collab.

Released on Dec. 8, Balvin’s signature Air Jordan 1 High sneaker called ‘Colors y Vibras’ is just as colorful as J Balvin’s entire aesthetic. Is that not enough? Well, the sneaker comes with an full tie-dye look with interchangeable patches because you don’t always have the same vibe.

The first sneak peak of the shoe was at the 2020 Super Bowl when the reggaeton megastar performed alongside JLo and Shakira in February.

In less than a minute after they released, the sneakers sold out.

Balvin took to Instagram for a thank the fans for their immense support of the project.

“Even the people who don’t know a lot about me are going to be into the shapes and colors. It’s another way for me to connect with the world. It’s a dream come true,” Balvin said in an official statement.

The shoe went live on Foot Locker, Shoe Gallery, and Solefly via SNKRS just to name a couple sellers. Even though you can’t get a pair at the moment, their sale price for the whole 30 seconds they were available was $190.

The positive feedback and support is not surprising considering J Balvin is not only taking the music world by storm, his fashion game is on the up too.

Throughout the last couple years, Balvin has made a habit of sitting front row at Fashion week and collaborating with streetwear designers.

Though we still don’t see enough of ourselves in the mainstream media, slowly but surely we’re getting there.

J Balvin was an 18 year old who moved from Medellin to the U.S. and had the same dream to one day be the one releasing shoes instead of making the displays for the latest drops in stores.\

He made it his mission and got there.

On Upscale Vandal in 2018, he mentioned not knowing any Latino doing collaboration with Nike. Here we are in 2020, with the Colombian artist being the first one to do it.