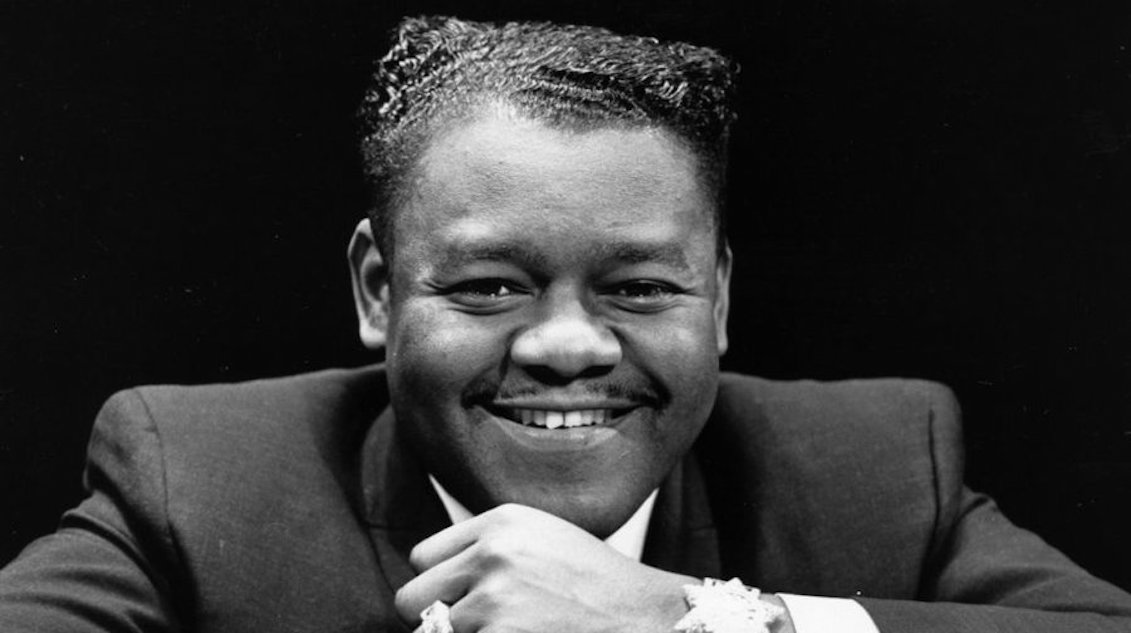 The “big” man behind the piano died

Fats Domino - master of Rock & Roll and legend of the history of music - passed away at age 89.

Son of plantation workers and grandson of a slave, Antoine "Fats" Domino, Jr., not only sold more than 65 million records but also transformed the music and laid the foundations of Rock and Roll.

Born in New Orleans in 1928 into a Creole family, Domino learned to play the piano twice: once as a child and another after a terrible work-related accident that smashed his hands.

It was his success during the 50s and 60s that laid the foundation for every musical genre, including Jamaican ska, and his "boogie-woogie" style on the piano keys transformed New Orleans into the mecca of American folk music and the world.

As described by Diego A. Manrique (El País) Fats Domino's musical formula was simple: "a boogie-woogie slowed down, accelerated blues, all sung with warmth and mischief in two-minute pills."

His piano triplets and sweet voice made his career take off in 1949 with The Fat Man, a nickname that would be gained by the rapid growth of his waist on the piano.

His first album, Carry on Rockin', released in 1956 by the Imperial record label, would quickly reach 40 on the charts, and would eventually influence bands like The Beatles.

It was the British musical invasion that buried his career and yet Fats Domino never changed a note of his songs; his popularity was based on his impeccable presentations and his stubbornness in adapting to new tendencies.

So he did in his personal life when Hurricane Katrina devastated his hometown, and the musician refused to move from his home, from where he had to be rescued by helicopter.

He survived segregation, the scandals of his contemporaries, and the multifaceted takeoff of Rock and Roll, but time does not forgive and he said farewell from his beloved New Orleans last Tuesday.

The world remembers him as one of the true pioneers of popular music, heiress of jazz and blues - as Elvis himself acknowledged - and his songs like "Blueberry Hill", "Blue Monday" and "Ain’t that a Shame" Survive as milestones in the history of music.