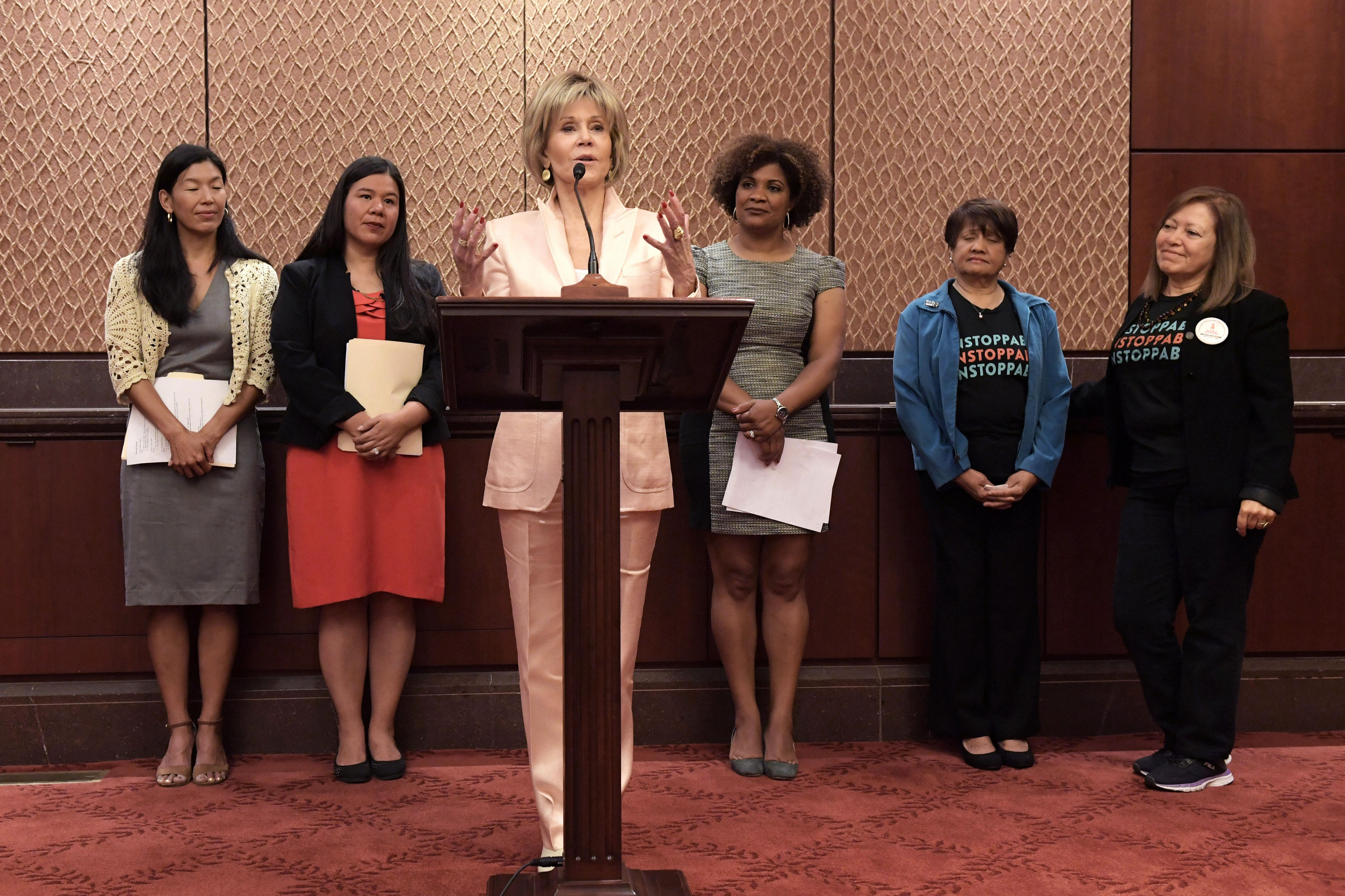 "I never thought I would live to see a day when women were actually heard," 80-year-old actress Jane Fonda said/ PHOTO: EFE

Actress and activist Jane Fonda took up the cause of female domestic and farm workers on Thursday, who are demanding, as in the case of the #MeToo and #TimesUp movements, that Congress pass legislative reforms to fight sexual harassment and exploitation.

Some of the women's demands include establishing protections against discrimination and harassment; expanding and updating the rights of farm workers; and drafting a new bill to recognize domestic work.

Fonda visited the Capitol for a forum organized by the group Unstoppable Women Workers.

"I never thought I would live to see a day when women were actually heard. Now I'm very aware of the fact that in the beginning, this happened the way it did because the women who were speaking out were white, and they were famous," Fonda said.

She had first started her speech by saying "Buenos días" ("good morning" in Spanish) as many of these women she is now supporting are "also women of color, often migrants".

"They are very vulnerable and they work in a very isolated way and their voices are not heard," she added.

The 80-year-old actress went on to say that she and other celebrities are "like repeaters - you know, those towers on the top of mountains that can pick up signals in the valley and spread them out wider."

Fonda said that she and other prominent women in Hollywood came to a realization: "If we are going to truly confront and solve these issues of workers' rights and dignity and safety from sexual harassment in the workplace, we were going to have to stand in kinship and love and alliance with our sisters across sectors."

Monica Ramirez, co-founder of the National Farmworkers Women's Alliance, said that female farm workers have felt "the support of people in the entertainment business."

Ramirez's group and the National Domestic Workers Alliance are in Washington DC to meet with members of Congress, asking them to submit a bill to guarantee a greater protection for female workers in those two sectors, who are generally ignored in the media.