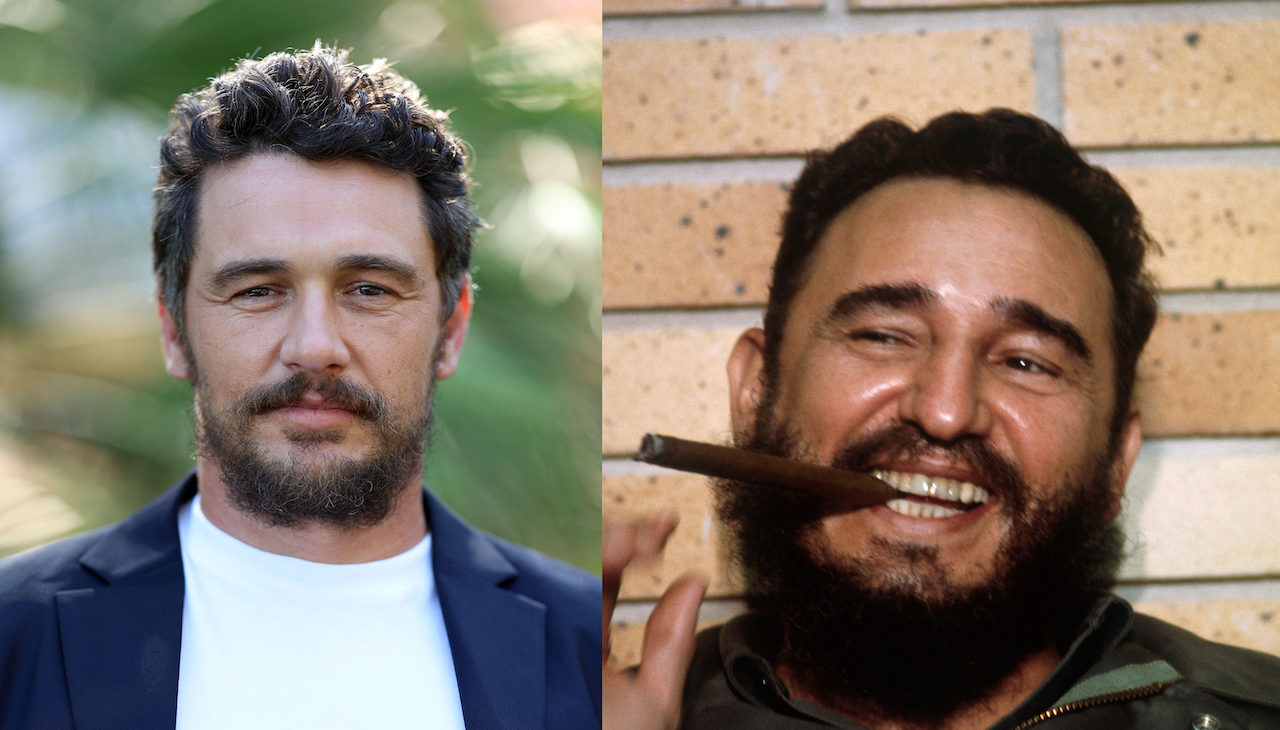 Three years after the sexual misconduct lawsuit against two-time Golden Globe winner and Oscar nominee, James Franco, the actor returns to the big screen, and it has prompted waves of hate and backlash for many different reasons.

One, the White actor from Palo Alto, California will play former Cuban Leader, Fidel Castro, in an upcoming indie film titled, Alina Of Cuba. The rest of the cast is primarily Hispanic, but he will be playing the title character, who was Hispanic in real life.

In an interview with Deadline, the film’s producer, John Martinez O'Felan, said they looked to cast someone with “Latin roots'' as well as have a similar face structure to that of Castro. They found out Franco has Portuguese roots on his fathers side, and deemed it enough.

"In executing a close search into our hopefuls through the eye of Spanish and Portuguese genealogy, which the Galicians held, we found that James, by far, had the closest facial likeness of our industry’s leading actors, meaning that the focus would be to build out his character accent and we’d have a stunning on-screen match to intrigue audiences and bring the story to life with true visual integrity,” he told Deadline on the decision to cast Franco.

Two, seemingly no one really gets canceled in Hollywood as long as you stay out of the limelight for sometime and are talented. As for Franco, he has booked two projects this year alone in his return to acting, following multiple sexual misconduct accusations back in 2018.

The actor was accused by five different women for sexual predatory behaviors, including exploiting film school students at his own short-lived acting schools where he was a professor. The accusations include trying to lure a 17-year-old back to his hotel room, and exchanging and bribing women for parts, in exchange for sex and nude photos.

Despite numerous denials from his attorneys and Franco himself, back in late June of 2021, the actor settled a class-action lawsuit with two women, Sarah Tither-Kaplan and Toni Gaal, former students at one of Franco’s acting schools, Studio 4, worth $2.2 million. In the lawsuit was Franco and two of his partners. They were accused of "sexualizing their power as a teacher and an employer by dangling the opportunity for roles in their projects,” according to the lawsuit.

The Fidel Castro casting comes as an odd decision when Franco, and other troublesome actors like Ezra Miller — who has been in controversy as of late, including sexual misconduct and arrests, are allowed to work on huge projects that get wide releases.

Meanwhile, those led by Latinas are getting shuttered.

For a film like Batgirl, the $90 million production that was recently axed by Warner Bros. and Discovery, it was already in post-production, and starred Leslie Grace, a New Yorker born to Dominican parents and directed by duo Adil El Arbi and Bilall Fallah, both Belgian-born of Moroccan descent.

In a phone interview with Variety, Warner Bros./Discovery CEO David Zaslav further backed the decision to shutter the movie.

Zaslav does not believe in that project, but said he is “very excited about” Miller’s upcoming blockbuster, The Flash, even though allegations concerning grooming, and leading a cult in Iceland are not enough to get Miller off that project. Further perpetuating the idea that seemingly, actors like Franco and Miller are allowed to continue work despite showing erratic, predatory, and chaotic behavior.

Following the news of Franco’s casting as Castro Thursday, many took to Twitter to express their confusion on the lack of self awareness by the industry, and the overall discontent with the casting.

Jenni Ruiza, an actress and writer followed up with her own take saying she was "so confused by the disrespect the industry continues to give Latine performers."

As Hollywood has shown out for the #MeToo movement, diversity, and the importance of inclusivity for all, it has not been displayed in action, or principle. Like a corporation, it only cares about the bottom line and figuring out what white actor can spearhead their project to success. It’s a formula the industry has run on for the last century.

These kinds of decisions also further impeded any and all progress that had been made in regards to diversity in Hollywood and calling out predatory behavior in the industry..