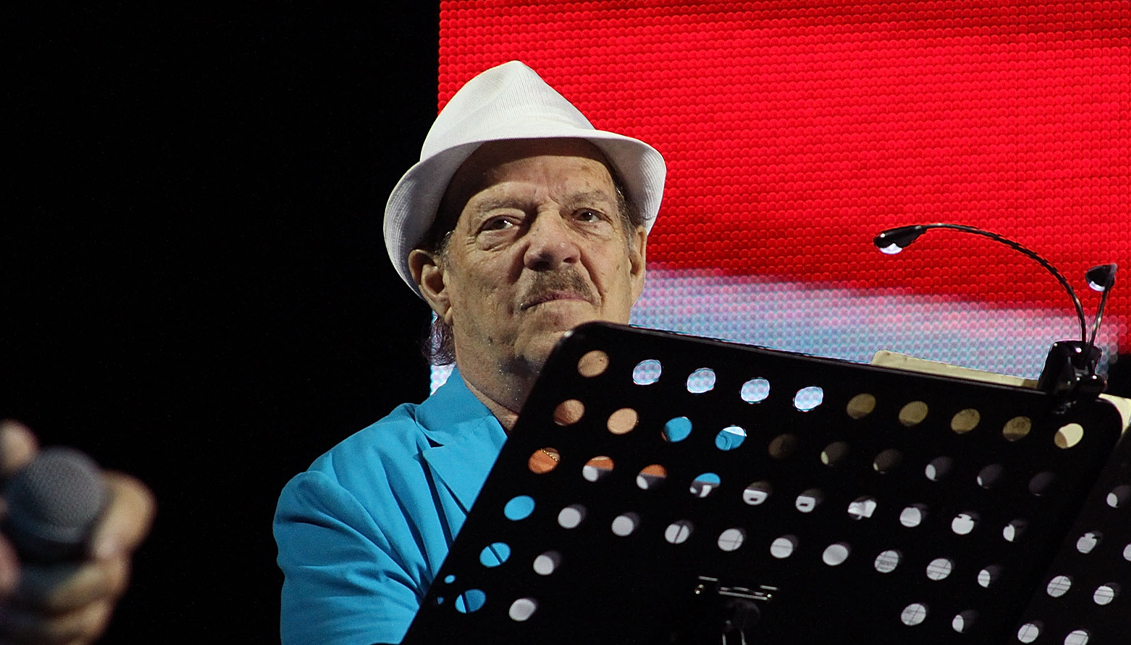 Larry Harlow composed, directed, and produced several of the most important salsa hits. He was a member of the Fania All Stars and brought performers such as Ismael Miranda, Junior González, and Néstor Sánchez to the heights of stardom. Photo: Getty…

The New York musician and salsa legend passed away on Friday, Aug. 20 at the age of 82. "He was one of the most intelligent and intellectually prepared artists…

Larry Harlow turned 82 years old on March 20. He was born in 1939 in Brooklyn, where music had always been his way of living and his upbringing as the son of a member of Latin orchestras and a Jewish opera singer. His full name was Lawrence Ira Kahn.

He was known as 'The Wonderful Jew,' remembered for his skills as a producer and pianist. He learned more of Son and other Cuban rhythms in Cuba itself, where he strengthened his musical knowledge and arrived back in the states in the mid-1960s.

He was part of the formidable Fania All Stars, which revolutionized the Latin music world with the impulse to the Caribbean rhythms registered as SALSA by Johnny Pacheco and Jerry Masucci. They were the founders of the Fania Records label, and Harlow and his orchestra were the first to record there.

Throughout his musical career, he had three singers who made history with his orchestra: Ismael Miranda, Junior González, and Néstor Sánchez. However, his productions also included other figures such as Celia Cruz, Cheo Feliciano, Rubén Blades, Pete 'Conde' Rodríguez, Justo Betancourth and Adalberto Santiago.

Regarding Cruz, Harlow is credited with having been the one who took her to New York, and was in Mexico after her departure from Cuba.

Another major musical achievement was the album Hommy - A Latin Opera, in 1973, which put salsa on another level due to the quality of its production.

He composed, directed, and produced for more than 150 albums by himself and other artists. He also studied philosophy and trained as a sound engineer at the Institute of Audio Research in New York.

Upon hearing the news of his death, several of his friends and colleagues mourned his departure. Panamanian Rubén Blades said on his Facebook account:

"Just moved 'to the other neighborhood' my colleague and fellow 'Fania All Stars' member, Lawrence "Larry" Harlow, "El Judío Maravilloso." (The Marvelous Jew).

"An innovative and powerful pianist, a knowledgeable and serious student of the history and development of Afro-Cuban music. Harlow was one of the initial artists signed to the Fania label and during his association with that label distinguished himself for his aggressive interpretation of 'salsa' and as a staunch advocate of 'clave'.

"Larry was one of the most intelligent and intellectually prepared artists I met in New York. Possessing an acidic and direct sense of humor, he was a pleasure to converse with on any subject.

"He leaves 'The Marvelous Jew' but he leaves us his extensive contribution, something that will keep him alive in our souls and memories, always."

Bobby Valentín recalled that "Larry was always a visionary in Latin music, especially in Cuban rhythms and son montuno," to the point that "he promoted Latin rhythms more than we did ourselves."

Harlow spent the last 32 days hospitalized. Shortly after his death, María del Carmen, the musician's wife, wrote on Facebook: "My beloved Larry passed away at 12:30 a.m. due to complications as a renal patient that weakened his already exhausted heart."