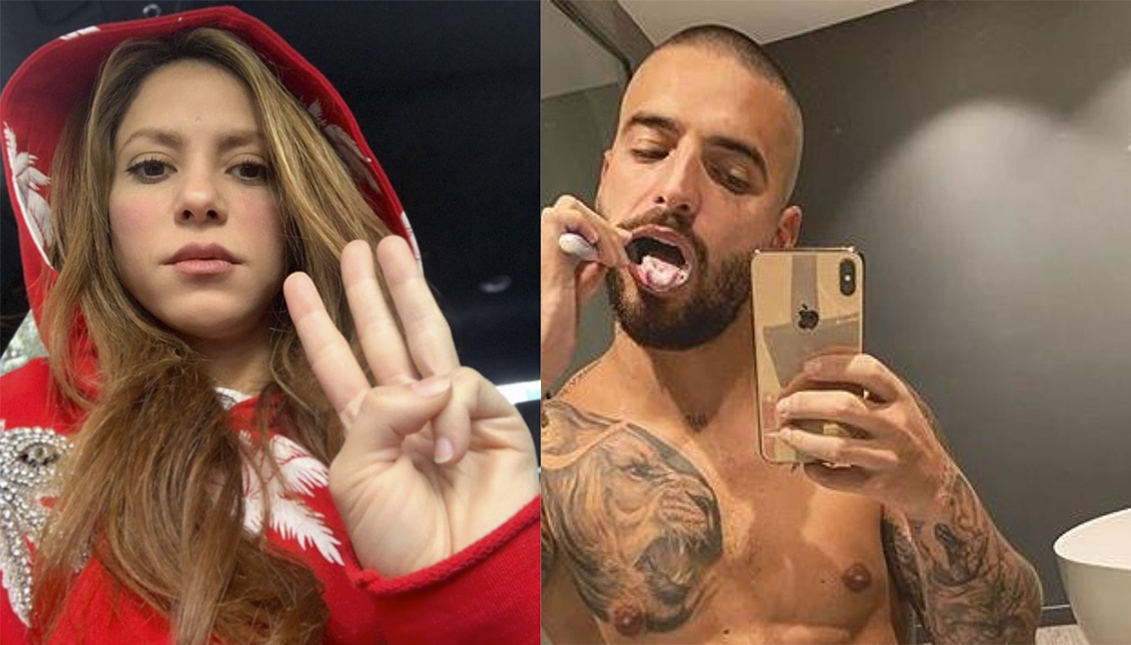 From Maluma's Mannequin to Shakira's Slip: Latino Artists React to the State of Alarm

Bored and confined, artists have flooded social media with their lives. Some are supportive; others are so thoughtless that they anger their followers.

In the midst of the coronavirus pandemic, celebrities, like any child of a neighbor - that is, a popular neighbor - are using their social networks to send messages of solidarity to their followers and share how they are living through the quarantine.

Some, like J. Balvin, take advantage of these days to organize improvised concerts at home and open the doors to their millions of followers; others, like Rosalía, give us powerful lessons by making important economic donations to NGOs to help the most vulnerable families.

But there are those who, without any bad intentions, but thick-headed, dedicate themselves to making proposals so thoughtless that they annoy their own fans.

The Colombian artist, mother of two children along with FC Barcelona footballer Gerard Piqué, sent a message through her social networks saying that children should be allowed to go out for walks to avoid being put into quarantine.

"Knowing the situation of parents with young children in this difficult period of quarantine, I empathize with those who do not have an outdoor space or balcony for their children to breathe fresh air. If it is allowed to go out to walk dogs or adults to shop, we should think about a solution that gives this same right to children who need sun and air for their physical and mental health," Shakira posted from her 3,000-square-meter chalet.

Full of reason, the singer, who lives in Spain — the epicenter of the coronavirus pandemic in Europe after Italy, sent a message to the nation's president, Pedro Sánchez: "I would urge the government to consider a policy that allows an adult in charge to take a child for a walk, even if it is subject to the restrictions that the experts consider and respecting the rules of distance and sanitation," she said. "Children are being true champions in this social drama and we must think about their welfare.

Her reflection caused real stupor among some of her more than 66 million followers, who reminded her in the comments that Spain is now experiencing its peak of the contagion.

The controversial reggaeton singer never plays black or white. While on one hand, he made a donation through his foundation El Arte de los Sueños (The Art of Dreams) to support vulnerable families in Colombia during the coronavirus storm, his social networks are a mixture of muscle display and the occasional delusion. Because he says, he feels quite alone.

Last Sunday he woke up in a slightly bad mood and surprised his fans on Instagram by introducing his fellow inmate:

No one can deny that celebrities are as bored as we are. Either because of their fans or because of quarantine, like Goya's imagination, they're producing monsters. Regardless, we will have entertainment for a while.