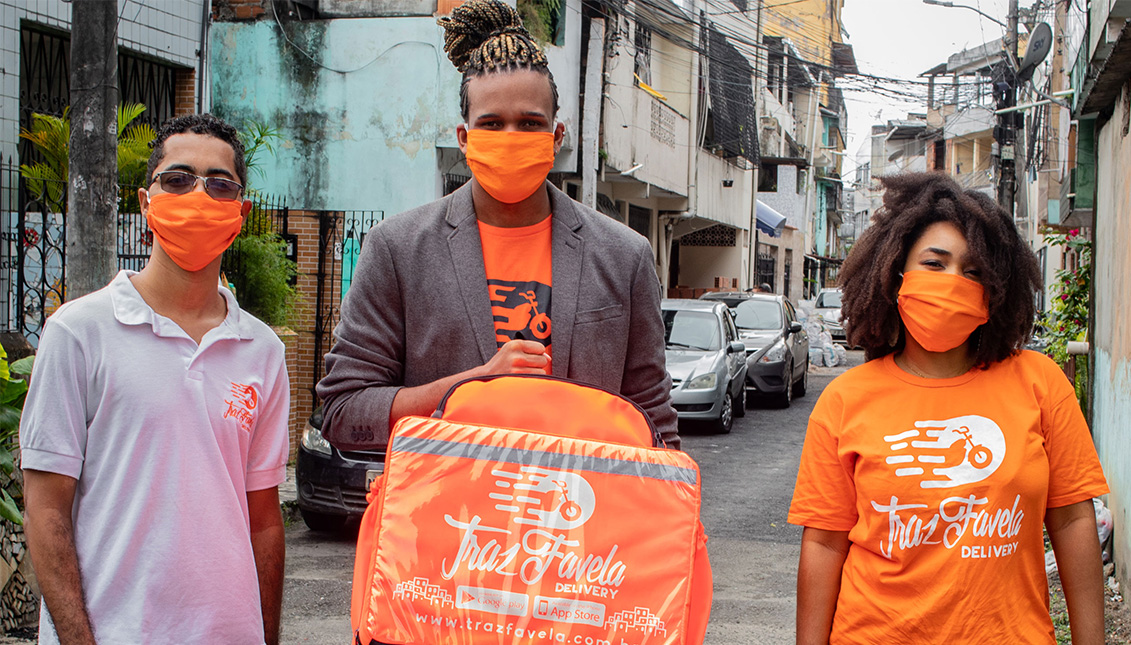 Companies like TrazFavela were born to serve the most marginalized neighborhoods and are revolutionizing the way business is done. Photo: Uol.

The Brazilian "Black Silicon Valley" that innovates for the community

In a country of over 200 million people where the Black population is the majority and has twice the poverty rate, doing business with heart is as important as…

The first time I was in Sao Paulo more than 10 years ago, I was struck by its perpetually smog-covered skies and tall skyscrapers. At the time, the capital of Brazil was, together with Buenos Aires, the epicenter of creative agencies in Latin America and one of the places that opened the way to innovation. However, most of these pioneering companies were run by white people.

But the tables have turned the last few years thanks to the emergence of a new awareness for diversity and inclusion, which has agencies and consulting firms such as Vale do Dendê and AFAR Venture as the main promoters.

It's so much so, that old fiefdoms such as São Paulo or Rio de Janeiro that used to concentrate most of the culture, entrepreneurship and media, are now giving way to northern states with a majority Afro-Latino population and aims to become the new technology centers of the continent.

Located in Salvador, the capital of the state of Bahia and the heart of Brazil with African roots and its cultural expressions, an ecosystem of innovation and technology companies — the so-called Black Silicon Valley of the country — is experiencing a boom thanks to a collaboration of Vale Do Dendê with organizations, investors and startups to promote entrepreneurship and be a springboard for new businesses led by Afro-Latinos.

But if you think that these entrepreneurs are only looking for their own enrichment, you are wrong. These companies carry identity pride and sense of community in their DNA.

TrazFavela is an app for sending food and other products to poor neighborhoods that has grown tremendously because of the isolation measures taken during the COVID-19 pandemic.

Its creator is Iago Silva dos Santos, a 27-year-old Bahian entrepreneur who lives in a favela and was concerned that most of the deliveries were reluctant to enter the neighborhood for fear of violence.

"I live in the favela of Sao Caetano, in Salvador, and I see that many times we are left out of the delivery zone, as well as many favelas. It's a prejudice that exists all over Brazil and I want to change it," Santos explained to Xinhua.

The young Brazilian attended an event to help startups build their business models to fill a necessary gap in the market and end the discrimination suffered by those living in these communities. Now TrazFavela works better than many home delivery apps and has millions of customers, extending beyond the borders of the state of Bahia.

Diaspora Black is also another company focused on bringing together Black culture and tourism that has been unmarked thanks to the support of Vale do Dendê and finally Facebook Brazil.

"The history of the African Diaspora is the history of the people, their journeys, searches and achievements," its CEO, Carlos Humberto Silva, explained how he sparked his business four years ago, creating connections with the Black culture to "travel without prejudice."

When they saw many travel bookings canceled because of the COVID-19, Diaspora Black began to pursue online activities that attempt to end the historical erasure of Black memory.

"Brazil is the second blackest country in the world. There are 115 million Afro-Brazilians who are not represented in the different economic chains and, above all, in the tourism sector. Itineraries, stories and professionals do not contemplate the culture and legacies of the Black community," concluded Humberto.

AfroSaúde is also a health technology company focused on providing low-income communities with unique services to prevent COVID-19 in the favelas, which already has more than 1,000 Black medical professionals on its platform.

This is just the beginning of a movement that hopes to bring equity and racial justice back to the economy, as Salvador's so-called Black Silicon Valley is filling up with some of the best minds in the country and creating talent.

If there is a more humane capitalism, there is no doubt that it came from below, from the need to rethink a world from its foundations.