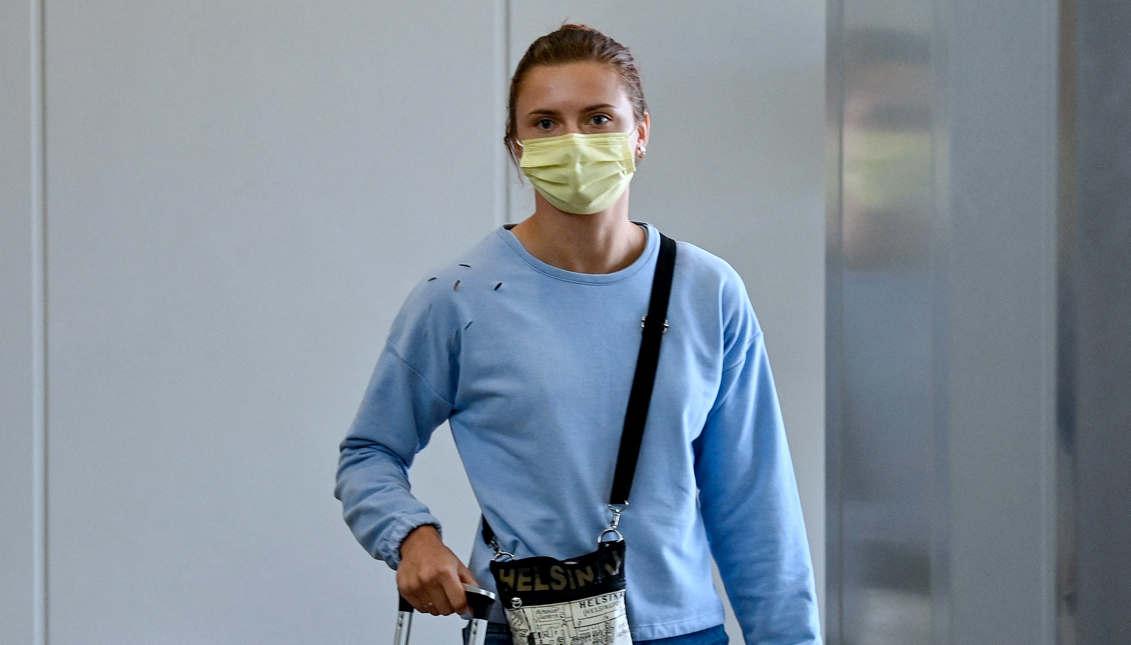 Belarusian athlete Krystina Timanovskaya asked for protection rather than going back to her country. Photo: Getty Images

The Olympic Games and political asylum for athletes

Tokyo 2020 is an escape for many athletes looking to get out of the tough political and economic situations in their home countries.

Krystina Timanovskaya is yet another athlete who, during the Tokyo 2020 Olympic Games, took the opportunity to escape her country given the harsh political circumstances in Belarus.

After being eliminated from the 100-meter athletics competition, the 24-year-old sprinter criticized the Belarusian Olympic Committee, chaired by the son of the Belarusian president, Viktor Lukashenko, which caused a stir and led to Belarusian police in Japan forcing her to return to Minsk.

Timanovskaya applied for asylum at the Polish embassy in Japan and received a humanitarian visa.

"Poland will do whatever it takes to help her continue her sports career," wrote Polish Deputy Foreign Minister Marcin Przydacz, whose country hosts many dissidents from Belarus, on his Twitter account.

Kriscina Cimanouska has safely landed in Warsaw. I want to thank all Polish consular&diplomatic staff involved, who flawlessly planned and secured her safe journey. Poland  continues to show its solidarity and support. https://t.co/9ScZUUyP8d

On Wednesday morning, the young athlete took a flight from Japan to the city of Vienna to transfer to Warsaw, the final destination where she will meet her husband, who also got out of Belarus to Ukraine because of threats he received due to his wife's behavior.

During the first week of the Olympics, Julius Ssekitoleko, a Ugandan weightlifter, escaped from the Olympic Village, leaving only a note saying that he wanted to find a job in Japan.

The athlete had requested to send back all his things back to Uganda while he was traveling on a train to Nagoya in central Japan.

Four days after his disappearance from the Olympic Village, Ssekitoleko was found near Gifu prefecture and questioned about his decision to escape in the middle of the games.

The athlete expressed his desire to "stay in Japan to work and leave behind the difficulties in his nation," as explained by the Ugandan delegation.

The International Olympic Committee prefers not to comment about this issue. In a statement, the IOC has stated that: “there is no provision related to this issue in the Olympic Charter. The IOC does not keep a record of the cases of athletes and other members of the delegations and sports officials who may have deserted while attending the Olympic Games.”

According to Deutsche Welle, the first desertion case occurred at the London Olympic Games in 1948. In that year, the coach of the Czechoslovakia women's gymnastics team refused to return to her home country, saying that there was no freedom there after takeover by the Soviet Union.

During the Moscow Olympics in 1980, five members of the Afghan delegation defected after the USSR invaded their country.

One of the largest desertions in the history of the Olympic Games took place in Melbourne, Australia in 1956. Hungary found itself in the middle of an uprising game against the Soviet Union.

The tension between the two countries was evident during a water polo match, when a Hungarian athlete emerged from the pool with blood running down his face. When the games ended, the 83 members of the Hungarian team had two options: go home or start a new life outside their home country. More than half of the athletes ended up dropping out, seeking asylum in the United States.

The New York Times notes that at the 2012 London Olympics, 82 athletes and officials applied for asylum in the UK.