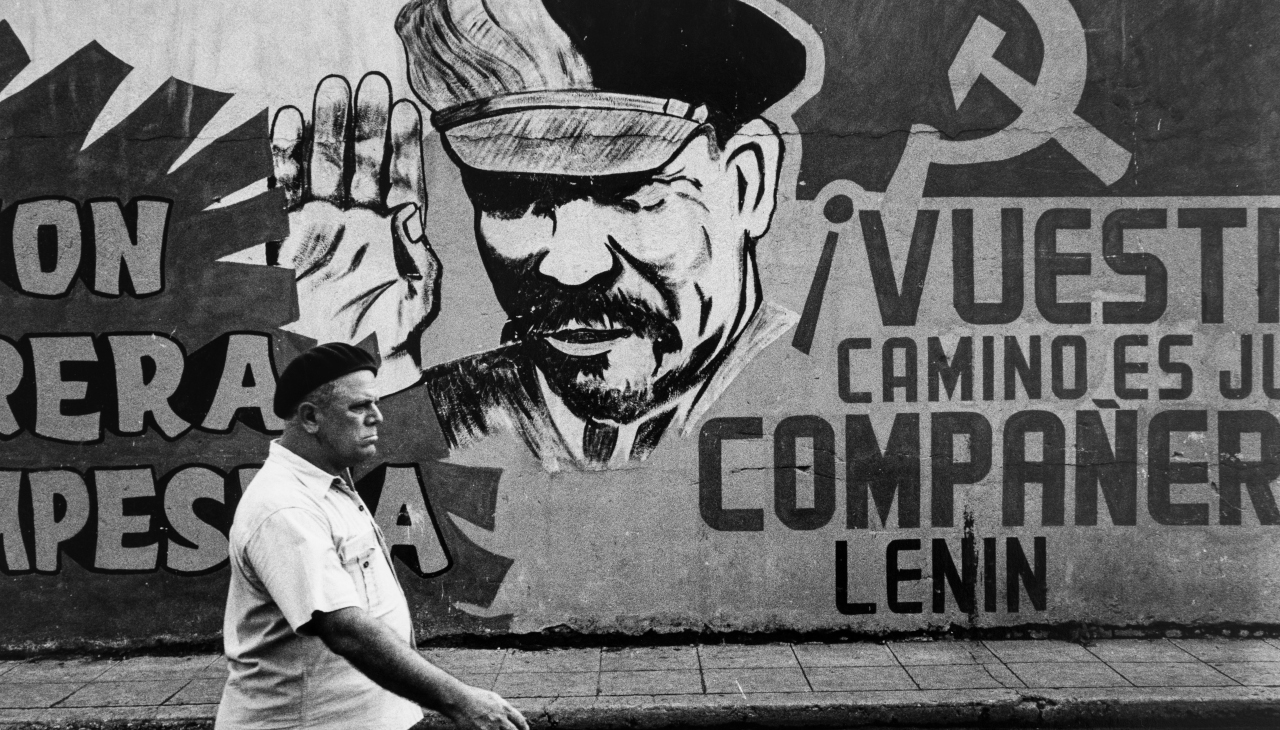 'Lenin's Companion' is one of many photographs taken by Italy's Paolo Gasparini, which will be exhibited in Madrid until August. Photo: Paolo Gasparini/PHotoESPAÑA Press.

What's in the Latin America exhibit at PHotoESPAÑA

Photographs from Latin America will be exhibited in PHotoESPAÑA, one of the most important visual arts festivals in Spain.

The exhibition Campo de Imágenes will cover the six decades of the Paolo Gasparini's career, who has portrayed tensions and cultural contradictions across several Latin American countries.

Gasparini's images convey the social reality of a region whose authenticity is unquestionable, and where the past and local tradition dialogue with a clumsy imposed modernity.

At the same time, his work attempts to explain the differences between Europe and the Latin American continent, and the cultural diversity that exists from a northern country like Mexico to the southern Andes.

To do this, Gasparini eliminated all the stereotypes that have been fed, over time, by populism and nationalism from his work.

In it, visual language is presented as a criticism of the consumer society and reveals the obsession of marketing and advertising to seduce individuals who live in society.

"Gasparini's photographs reflect on the effects of decades of political migration in the 20th and 21st centuries: from Europeans to America, as a cause of World War II, from Cubans to Spain and the United States, from Ecuadorians to Spain and, more recently, of the massive exodus of Venezuelans to Colombia. Generations and generations marked by voluntary and forced exiles cannot help but make us think about the ambivalence of identity," said the exhibition's curator María Wills in a press release.

The exhibition of Gasparini's photographs will be divided into 16 sections that include some of the artist's most relevant projects and emphasize his photo books, recognized by the artist as a means of expression comparable in importance to his photographs.

The images will be exhibited from June 1 to Aug. 28 at Fundación MAPFRE in Madrid. To find out the schedules and ticket prices, check out this website.

The exhibition is one of the 120 organized by the international festival of photography and visual arts called PHotoESPAÑA. The event, considered one of the most prestigious in Spain, will feature exhibitions by more 440 photographers in numerous museums located in various cities of Iberia beyond Madrid.