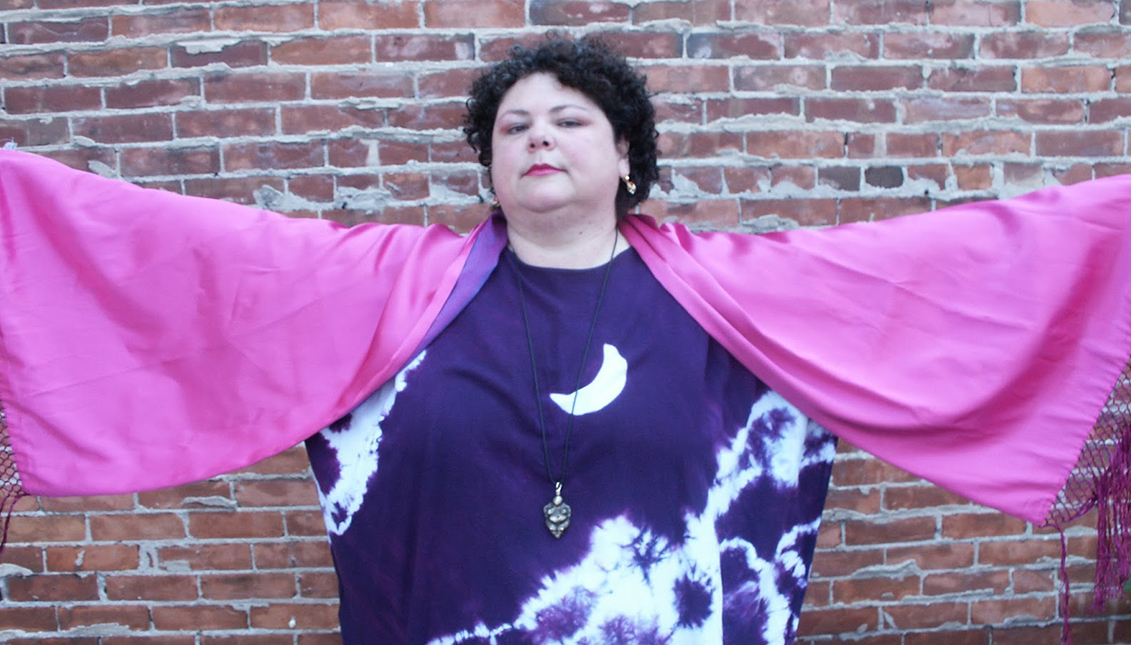 "Meeting Latinas and Black women on the festival circuit was the next big awakening for me" -Tatiana de la Tierra.

An activist and artist who knew no limits, De la Tierra founded the first international fanzine on the Latina lesbian experience.

Attacking the binary of a society that labels people as if we were products and imposes a market value on everything is neither a simple nor kind task.

And those who make paths by twisting existing structures often have to exist at the edges, claiming "monstrosity" for themselves and the "ugly" and "grotesque" as opposed to a normality that shackles those who do not allow themselves to be tarnished by it.

The activist and writer Tatiana De la Tierra was Latina, queer and migrant, but she reclaimed marginality to rethink what the identities we construct and construct us mean.

Born in Colombia, De la Tierra migrated to the United States with her family when she was eight years old and from that moment on, she experienced the prejudices common to minorities, but decided the eagerness of others to stigmatize her would become her strength.

"I dreaded those public moments that highlighted the fact that I was a foreigner. Sometimes I would sit at my desk, plotting my revenge. I would master the English language. I would infiltrate gringo culture without it being known that I was a traitor. I would fight in their language and trip them up. I would rip out their souls and leave them on the shore for the vultures to peck at," she said.

The Colombian was confident about her roots and also her sexual identity, which she had investigated since she was a child in the library and through innocent childhood games with her friends. But it was not until she reached university that she was able to explore who she really was.

As a masseuse before being a psychologist, she took advantage of the many music festivals that were held all over the country to bring her massage table and offer massages to the attendees. This is how, beyond books and theory, she was able to meet a wide variety of women of color.

"Meeting Latinas and Black women on the festival circuit was the next big awakening for me. I already knew about identity politics and was class conscious, but I had overlooked how race, culture and ethnicity fit into the bigger picture of my lesbian identity. So my consciousness as a woman of colour emerged, along with my identity as a Latina lesbian, and this shaped my alliances and actions in the years to come," said De la Tierra.

Those actions would take shape in a fanzine that set a precedent and eventually became the world's first publication for and about Latina lesbians. Its name? Esto no tiene nombre (This has no name).

For nine issues, this LGBTQ fanzine that many branded as "pornographic" was a space of freedom to reflect on the lesbian and Latina experience, including a sexuality and language totally free of taboos.

A purely bilingual zine where some of the great Latina writers such as Cherríe Moraga, Achy Obejas, Carmelita Tropicana, Laura Aguilar, Marcia Ochoa, Juana María Rodríguez and Luz María Umpierre would find their home, was first distributed by hand at lesbian feminist gatherings.

Esto no tiene nombre was revulsive in the 90s and would later give way to Conmoción, where De la Tierra would continue to give a voice to the collective and question the deep-rooted and often simplistic notions of identity. For example, in one issue of Conmoción, she published a "100% Latina Lesbian Checklist" in which she mocked this supposed purity.

However, both Esto no tiene nombre and Conmoción eventually disappeared due to lack of funding.

De la Tierra had spent many years reflecting on Latina lesbianism, but after being diagnosed with lupus in 1990, she needed to find other avenues of expression as an author and embarked on a Master's degree in Creative Literature at the University of Texas, as well as a second Master's degree in Library Science — her great passion.

Books were her shelter, but words were her weapon and her way of dynamiting heteronormativity. Words sprouted uncontrolled and monstrous, beautiful, like a dangerous feline, in every line of her poems.

"Women with beards/ are many/ but not all/ keep the pile of disobedient hairs/ in sight", wrote Tatiana de la Tierra.

The writer also invoked the monsters of disgendering in "Ode to Disagreeable Lesbians," a manifesto on ugliness as power with suggestive verses such as these:

"I love an ugly lesbian/ who walks with a limp/ who speaks with a lisp/ who leaves her toothbox in the sink at night/ dresses in polyester pants/ smears on cheap men's cologne/ has a beard so long she stands in it/ sprouts warts on all twelve of her toes/ carries a spittoon in her pocket/ wipes her sweat with a newspaper handkerchief."

Her incendiary and liberating thought can be found in books such as For the Hard Ones: A Lesbian Phenomenology / Para las duras: Una fenomenología lesbiana (Calaca/Chibcha Press, 2002) and is a source of study and fascination.

But above all, it is a source of inspiration and unmasked action. An antidote to the binarism and beliefs that both inside and outside the collective prevent us from seeing and re-proclaiming ourselves as we are.

"Lesbian texts," wrote Tatiana, "are passed from hand to hand and from mouth to mouth. They are located on the skin, in the gaze, in the geography of the palms of the hands."

Texts that are like howitzers aimed directly at privilege. Bastard and marginal. Radical in the best of senses.