A group of people protest in front of the Fatima Seminar where the National Talks started earlier today in Managua, Nicaragua, 16 May 2018. The talks seek to solve the socio-political crisis in the country with the participation of President Ortega, who was confronted by protesters. EPA-EFE/Bienvenido Velasco

Students of Nicaragua's oldest university, hiding behind masks for their safety, stated that they "do not agree" with the national peace talks, adding they cannot resume their academic activities "because the national situation does not allow it."

Students from the National Autonomous University of Nicaragua (UNAN), the country's oldest university, on Wednesday rejected the national peace dialogue that kicked off on the same day to find solutions for the month-long crisis in the country.

Dozens of university students, hiding behind masks for their safety, stated that they "do not agree" with the national peace talks, adding they cannot resume their academic activities "because the national situation does not allow it."

"The safety of the students is not guaranteed, considering the multiple occasions in which we have been victims of attacks caused by the armed forces of the National Police and paramilitary groups, and likewise by supporters of the Sandinista youth," the students added.

A young woman, whose face was covered with a black handkerchief, read the statement without allowing questions from the media, saying that in order to support the national dialogue and be able to resume classes, the university authorities "have to respond to the demands." 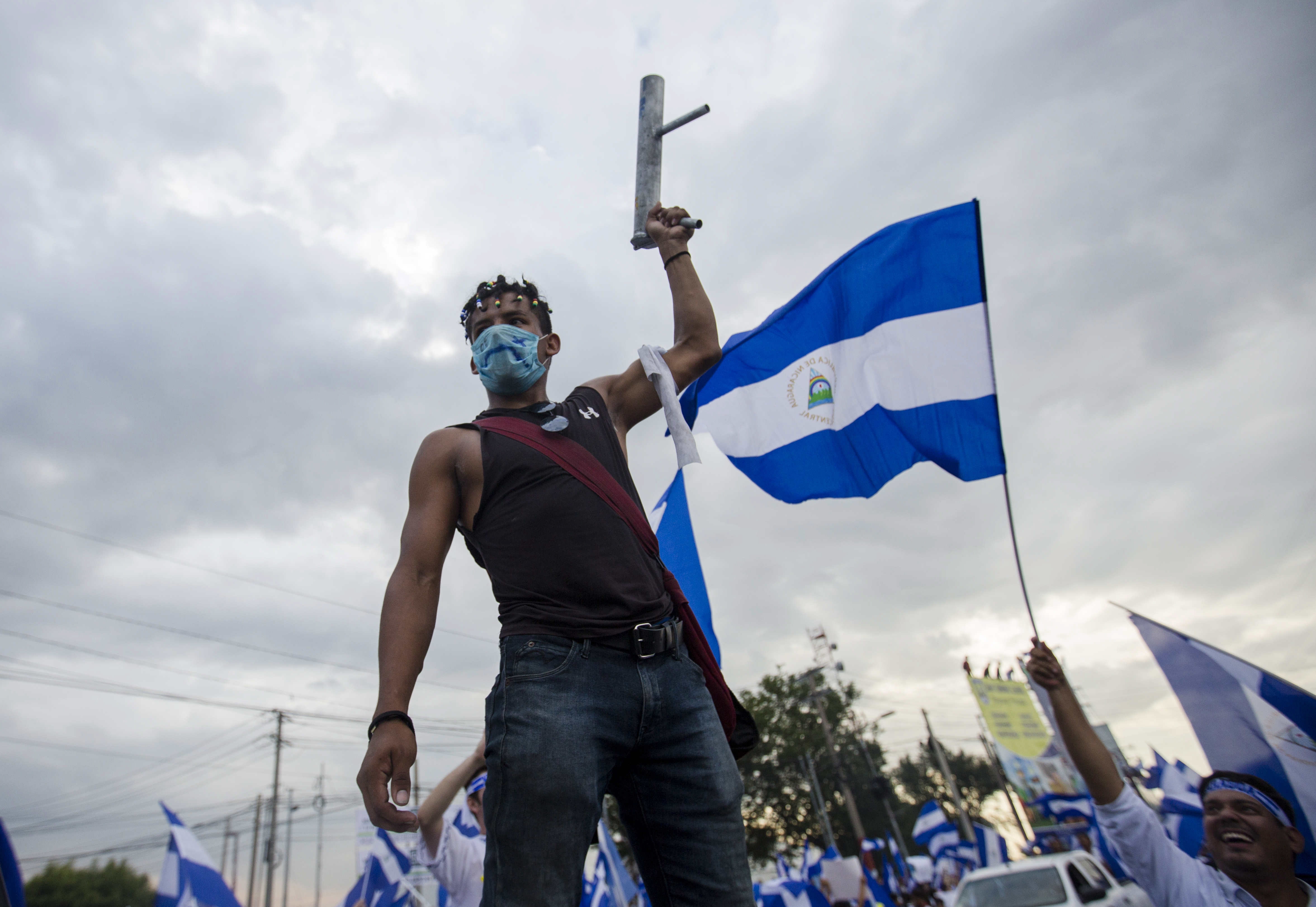 The students, who have camped out in the university grounds since May 7, said they were "worried" about the current situation in Nicaragua and thanked people for their "support" despite the "risks" that supporting a just cause may bring.

Among the goals of their protests are "to continue demanding the clarification" of over 58 murders that occurred in the 29 days after the crisis broke out, and they called for an end to the repression and persecution.

"Convinced that recovering participatory democracy and the rule of law is vital for the development of Nicaragua, we firmly maintain our position," concluded the students from the oldest university in Nicaragua, which currently has more than 37,000 students.

The national dialogue is scheduled to resume on May 18 with the participation of the government, the private sector, students and Nicaraguan civil society to solve the crisis deriving from the demonstrations for and against the administration led by Daniel Ortega.

To get AL DÍA Print Edition at the comfort of your home, please click here
TAGS
Nicaragua
protest

A blow to press freedom: La Prensa in Managua stops circulation due to paper blocking