Whole Lota Denim is the creation of River, Savannah and Phoenix Grajeda, which has gone from big Instagram name to storefront in the border city.

River Grajeda and her three sisters, Savannah and Phoenix, grew up in a free-spirited environment with parents that encouraged them to get involved with art.

“We’ve always been into arts and crafts since we were young, but we took it more seriously during the COVID-19 pandemic,” Grajeda, the co-founder of Whole Lota Denim in El Paso, T.X. said in a recent interview with AL DIA News. “We thought to ourselves, man we can make a nice business out of our creations.”

While growing up, Grajeda’s parents would often take them to San Francisco and New York City for family vacations. These family trips made them want to be part of the fashion industry.

“We just thought that the trends there were so cool,” Grajeda said. “We always think that El Paso is always late in fashion.” 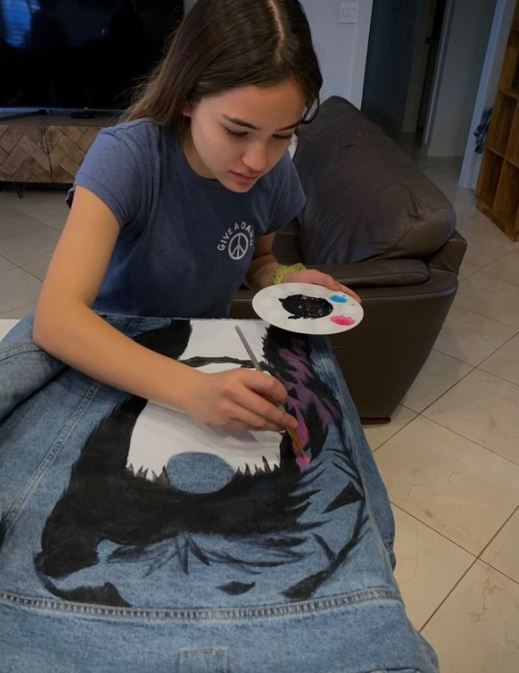 As they started to create more pieces, the sisters found themselves gaining more and more followers on their social media platforms. In light of their new found followers, they focused on creating unique accessories to add to their website.

“We use gift cards that are zeroed out and make guitar picks out of them, my sister Savannah does the jewelry making,” said Grajeda

In addition to their jewelry collection and guitar picks, Grajeda has produced custom pieces made from vintage khakis, jean jackets, and t-shirts. She usually adds the patch work and cross stitching to their thrifted materials with a focus on 80s alternative and 90s grunge style.

“Sometimes, I add a lot of our family phrases and quotes that a lot of teenagers say nowadays,” she said.

They started selling their upcycled clothing to people all over El Paso, and Grajeda would give her customers the option to pick up their orders or have them delivered.

However, as Grajeda and her sister's fanbase continued to grow, they saw it as the perfect opportunity to open a small storefront to further highlight their creativity.

Recently, the sisters purchased their own boutique, which is now a thriving landmark in the border city. 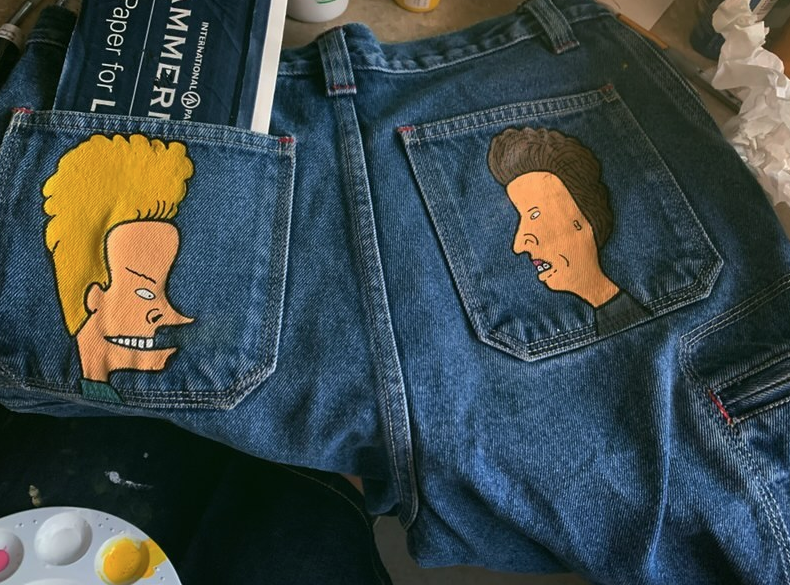 Grajeda and her family worked on the space for two months and added personal touches to the walls by painting a David Bowie mural, pasting vinyl records to the ceiling, and adding photos of themselves so customers can see the true bond between the sisters.

“My mom and dad were always supportive and they were helping us get our storefront up and running,” she said.

On top of creating unique clothing for customers, Grajeda and her sisters also highlight their Korean and Mexican heritage.

“I love being both Korean and Mexican, and I do love it and I always try to embrace it,” Grajeda said.

Her mother always showed them traditional South Korean dresses, a memory close to Grajeda’s heart that also inspired her to get into fashion.

“I have always been proud to be Korean and Latina,” she said.

Whole Lota Denim is a brand new business, but Grajeda and her sisters continue to create endless possibilities for the future of their venture.

For more information on Whole Lota Denim, check out its website.