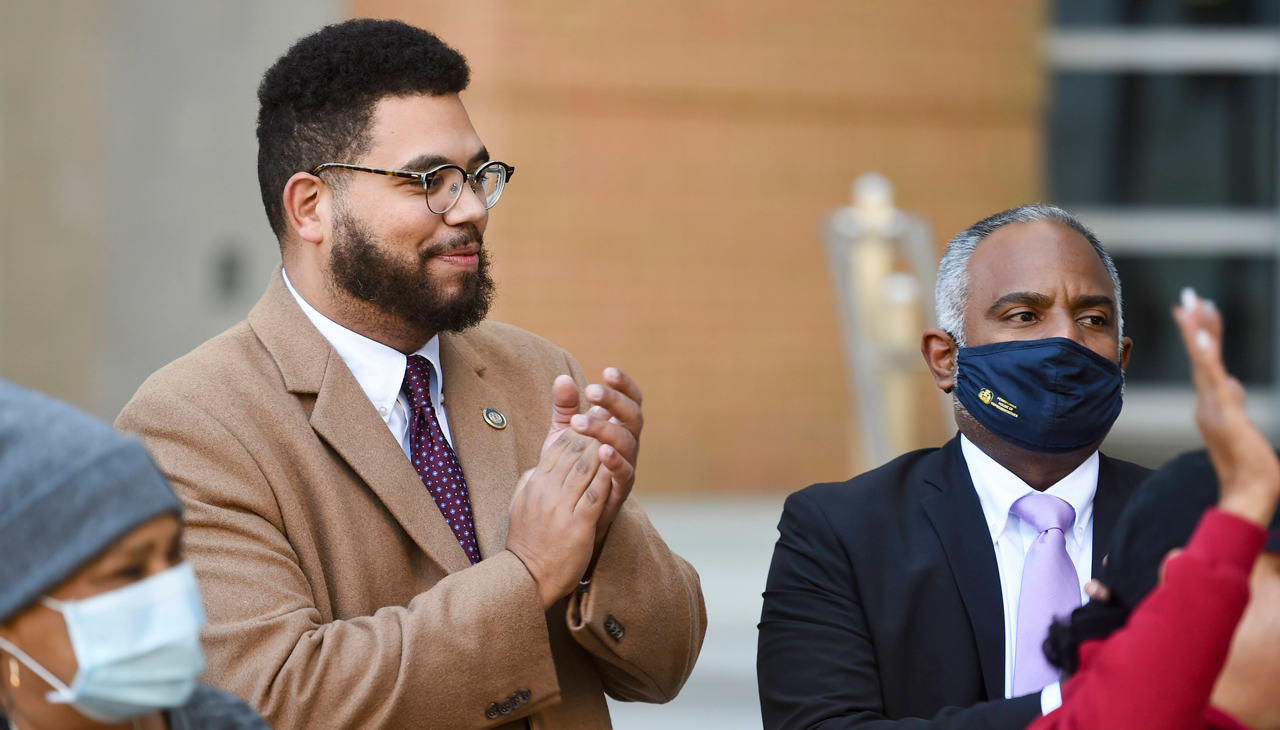 That’s according to PA Reps. Danilo Burgos and Manny Guzman, who recently spoke with AL DÍA about the state’s redistricting process that just wrapped up.

For too long, according to Pennsylvania State Reps. Danilo Burgos and Manny Guzman, the state’s redistricting process has been one designed to protect incumbents, commission and all.

This year, after a grueling census process followed by an equally gruesome apportionment and redistricting process, both agree that the winners at the end of the day will be Pennsylvanians when it comes to the state’s new House map.

Like every presidential election cycle, it’s looking very purple compared to decades past where it shone bright red. That change has a lot to do with the growth of the Latino community across the Commonwealth. It’s also growth that will impact Democrat and Republican representatives alike.

In the bare bones of the legislative House map drawn and passed by the state’s Redistricting Commission, Burgos and Guzman said it could triple the number of Latino reps in Harrisburg.

Currently, there are just four. Beyond Burgos (from Philadelphia’s District 197) and Guzman (from Reading’s District 127), is Angel Cruz from Philly’s District 180, and Ben Sanchez from Montgomery County’s District 153. There are currently no Latinos in Pennsylvania’s Senate.

Those new reps could not only come from some newly configured districts in Philadelphia, but also Reading, Allentown, Bethlehem, Lancaster, and York, PA to name a few.

Not to be “brushed aside”

These areas were once predominantly white, but that population has aged significantly and not repopulated. That has been done over the last decade by a major influx of Latinos, who are now also the majority of young people in these communities. They not only brought their numbers and youth, but also their culture, and entrepreneurship to revitalize long-dormant business corridors.

With at least the new state House map, these communities will also now be bringing their political power.

“The Latino community here in the Commonwealth of Pennsylvania is not a community that can be brushed aside anymore,” said Guzman.

As an example, he cited the newly-formed District 129 in Reading that borders his District 127. While taking away from some of his own Hispanic base in the city of Reading, the addition brings District 129’s total Hispanic population up to 38% of its total population.

“It's a sizable enough population that those voters in those areas can no longer be ignored. And ultimately, that's what we want as a Latino community,” said Guzman. “Yes, we want more representation in Harrisburg, absolutely, but we also want the ability to be able to influence more elections.”

In Philadelphia, Burgos’ District 197 is now entirely on the East side of Broad Street, still containing the communities of Feltonville, Hunting Park, and parts of Kensington.

“It's much more solid, much more compact, and everything. The blocks are continuous,” said Burgos.

The hypocrisy of one Latino rep on full display after Uvalde school massacre
May 25th, 2022
Cuellar-Cisneros round two is too close to call
May 25th, 2022
Judge Luis Felipe Restrepo nominated to U.S Sentencing Commission
May 12th, 2022

Districts 179, 202 and 203, all representing parts of Northeast Philadelphia like Frankford, Lawncrest, and part of Tacony, also now have considerable Hispanic populations.

That, however, does not automatically translate into more Hispanic representation in Harrisburg.

As Guzman said, it is now the duty of those Latino communities with newfound political power to find representatives to run for office. In his own area, for District 129, he highlighted the run of Reading Councilmember Johanny Cepeda-Freyitz for the seat in 2022. There’s also Janet Diaz, who was a state Senate candidate in 2020 from Lancaster. She’s now taking a crack at the state House from the city’s newly-formed 49th district, representing the almost 40% Latino Lancaster city.

However in newly-formed Latino bastions like Allentown’s District 22, the search for a Latino candidate has been a difficult one. It speaks to a wider mission for Guzman and Burgos across the Commonwealth.

“It's imperative on the Latino community, for us, for myself and Representative Burgos, to really start identifying and building our bench,” said Guzman. “Because from here on out, the opportunities for us are only going to increase.”

A win for Pennsylvanians

In the long run, those continued increases will only push the state closer to its true purple political hue. The next target is the state Senate, where both hope to see a Latino majority district in the next 10 years.

For now, what they have is a state House that is still slightly Republican, but much less gerrymandered to protect incumbents than previous iterations.

“That means by default, Pennsylvanians are gonna win,” said Burgos.