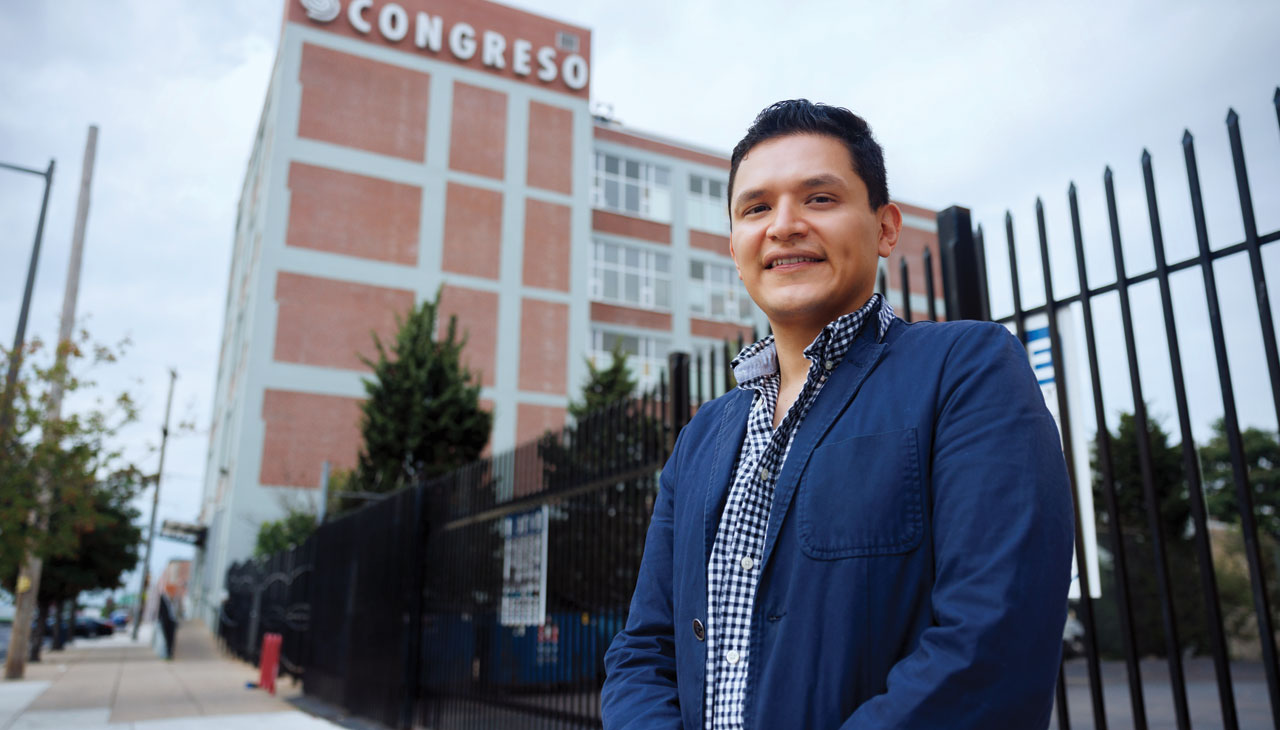 The Mexican community organizer also rode SEPTA from South Philly for his job interview at the longtime nonprofit.

Hector Herrada first heard of Congreso de Latinos Unidos when he worked at Philadelphia’s Mexican Consulate — it was one of the organizations he would refer people to for help with a number of issues confronting those new to the city and the U.S.

A native of Puebla, Mexico, Herrada could relate to many of the stories he would hear in the consulate. He first arrived in the states fresh out of college in Mexico and scored his first job at the Mexican Consulate in Atlanta.

“I can say that coming to America is a blessing, but also is a challenge because you have to overcome multiple barriers,” said Herrada of his early days in the U.S. “In my case, I had to overcome language barriers, cultural barriers, and also honestly, I was afraid of losing who I am in order to thrive in this country.”

In 2016, Herrada transferred to the consulate in Philadelphia, inspired to come to the City of Brotherly from watching the Rocky movies when he was a kid.

Two years later, he made the switch to Congreso, drawn by their work for North Philadelphia’s Latino community and beyond, where many of the same stories as his were shared among U.S. citizens and immigrants alike.

For the last four-plus decades, Congreso has been the one-stop-shop for North Philly’s predominantly Puerto Rican community regarding housing, health care, education, and family support. In that time, it’s grown into a multi-million dollar operation that serves Latinos and other communities across the city.

Beyond his consulate work, what connected Herrada to Congreso was SEPTA.

In 2018, when he first applied for a job at Congreso, Herrada lived in Center City and had never used the service before the fateful ride he took north on the 57 bus for his job interview.

It not only brought him to what would be his new career, but also introduced him to a whole new Latino community in Philadelphia. It’s one he’s gotten to know well in his last four years at the nonprofit, where he now works as a development and special events manager. He also still rides the same bus every day, but now from South Philly, where he’s also found a home away from home in the growing Mexican community.

In North Philly, SEPTA also plays a vital role in the daily lives of the people Herrada and Congreso serve on a daily basis. The neighborhood is still one that struggles relative to others in the city.

Without it, the same kind of transformations may not happen for as many people, Herrada included.