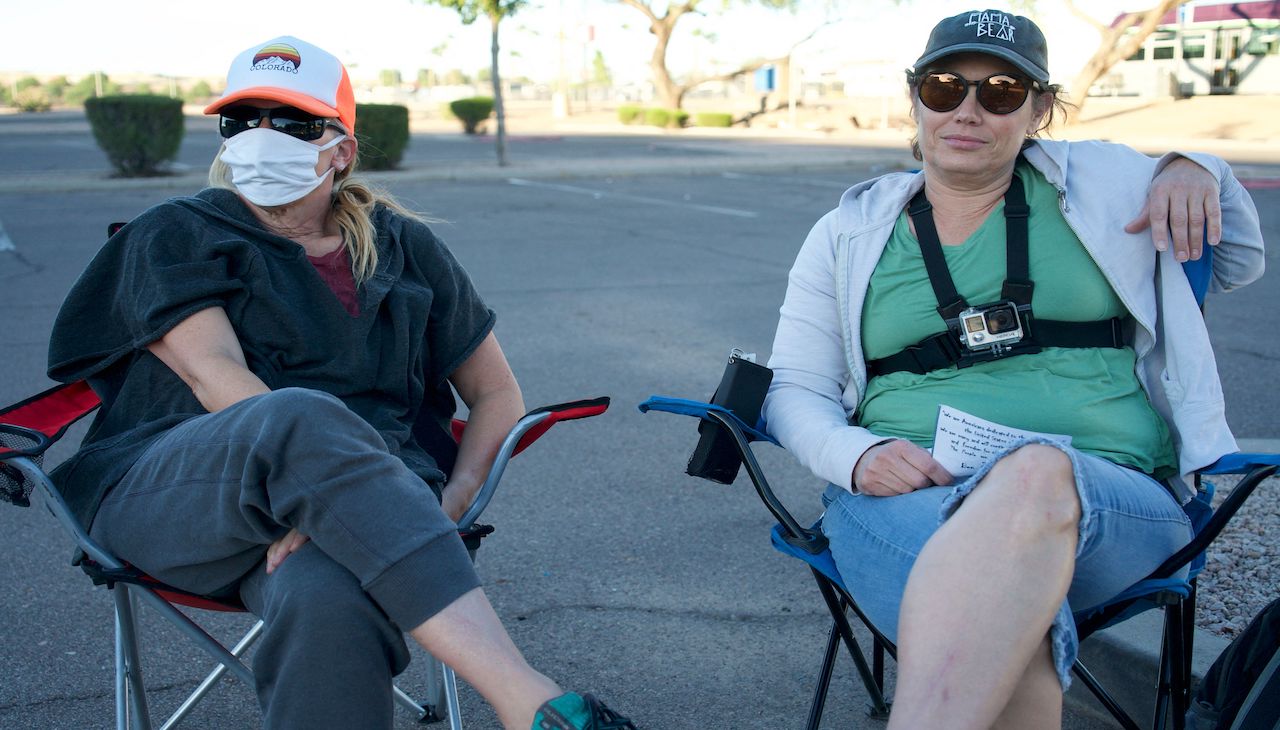 The Trump-appointee barred any person or group affiliate from being near drop boxes, taking pictures, revealing personal information online, & more.

Arizona Federal Judge and Trump-appointee Michael T. Liburdi flipped the script on an earlier decision regarding a voter intimidation motion filed against right-wing group Clean Elections USA and its founder Melody Jennings. Arizona has been a heated election battleground for the upcoming midterms, specifically in the senate and gubernatorial races, and it has also been home to many politically-driven conspiracy theories.

Early Tuesday, Nov. 1, District Court Judge Liburdi issued a temporary restraining order against Clean Elections USA after initially deciding against the action on Friday, Oct. 28, saying that they showed no true threat. The Justice Department also chimed in on Monday, Oct. 31, disagreeing with Liburdi’s initial ruling to side with the right-wing grassroots group.

Now, members of the group are barred from openly carrying guns, and wearing tactical gear within 250 feet of drop boxes. They are additionally banned from speaking, yelling at voters dropping off their ballots, and from photographing or filming any prospective voter at or near the drop boxes and from posting images online.

Two separate lawsuits have been filed against the group from Voto Latino and the Arizona Alliance for Retired Americans (AARA) and another from League of Women Voters of Arizona against Clean Elections and another similar group, Lions of Liberty.

In the Voto Latino and AARA case, the judge ruled with Clean Elections USA, but kept the case open for them to bring more evidence.

The latest ruling that bans the group from poll watching is a part of a suit brought by the League of Women Voters of AZ.

Before Liburdi’s final ruling that ultimately barred the group from the drop boxes, that same Tuesday, Clean Elections USA had stood down and agreed to cease some of their activities such as openly carrying guns, wearing tactical gear within 250 feet of ballot boxes, and following or interacting with voters within 75 feet of the boxes, which they had been caught doing.

But Liburdi’s ruling goes above and beyond what Clean Elections USA was willing to do.

It prohibits the group “and other persons in active concert or participation with” from taking photos and videos of voters or revealing information online, and also from “making false statements” about state laws regarding early voting. Clean Elections USA’s lawyers had rejected those prohibitions and claimed they were in violation of the group’s First Amendment rights.

“It is imperative we balance the defendants’ right to engage in First Amendment-protected activity with the plaintiffs’ right to act without intimidation or harassment,” said Judge Liburdi in a hearing in Phoenix.

Judge Liburdi also brought up incorrect statements made by Jennings in social media posts and in interviews in which she said spouses could return ballots on behalf of voters in Arizona while actually housemates and caregivers are legally permitted to drop off ballots.

“This does not prohibit Miss Jennings from correctly stating what the law is,” said Judge Liburdi. “I just have a problem with her stating it incorrectly in a way that is intimidating or coercive to voting behavior.”

President of the League of Women Voters of Arizona Pinny Sheoran, alongside other victims of voter intimidation at the hands of the group in question, gave testimony at Tuesday’s hearing and described how Clean Elections USA and similar groups' actions had frightened members of her organization when voting. They feared being followed or even physically assaulted if they wanted to drop off their ballots.

“Today’s U.S. District Court decision is a victory for the voters of Arizona who have the right to cast their ballots free from intimidation, threats or coercion,” she said in a statement after the hearing.

The temporary injunction will expire after two weeks, which will take it through the rest of the election cycle and Election Day, Nov. 8.