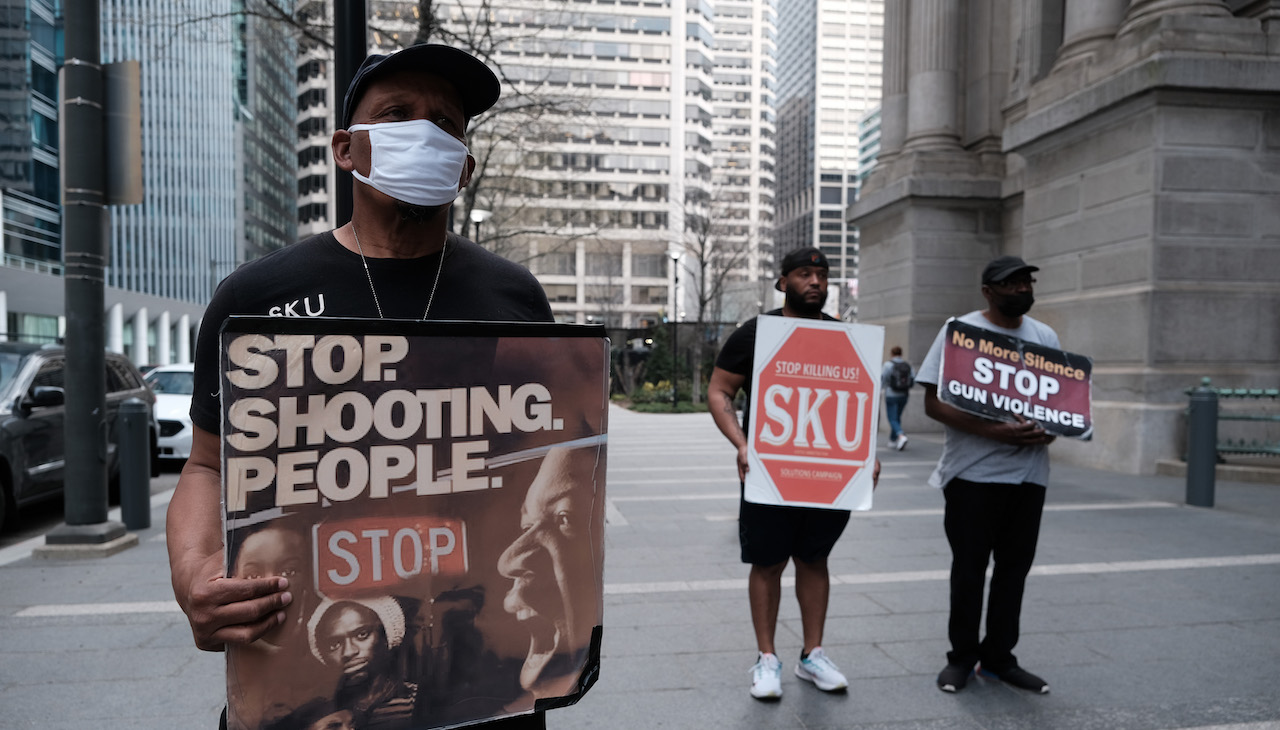 The shooting of an 18-year old on Monday night was number 300 for the city, as gun violence and resident fear rises.

Eighteen-year-old Lameer Boyd was shot as much as 52 times in West Philadelphia on Monday night, July 18, marking the 300th homicide in Philadelphia just this year alone. At this time last year, the city was at 304 homicides, according to the Philadelphia Police Department.

According to city figures, homicides are down by 1% compared to last year, but the rise in gun violence is up 5%, which means its still very possible for the murder rate to eclipse last year’s grim milestone of 562, the most homicides recorded in a year.

In a time of horrific tragedy, residents usually look to its leaders for reassurance and guidance — something many haven’t gotten from Philadelphia Mayor Jim Kenney, who has been heavily scrutinized throughout the city’s crisis as homicides and incidents of gun violence have risen and he’s projected a lack of care and empathy.

Besides the lack of care being shown, his words have gotten him in even more trouble. On Tuesday, July 19, Kenney said he had not met with any of the victims' families when asked by a reporter. Telling FOX 29’s Kelly Rule: “I have spoken to people who have been victims of shootings, but as far as the homicides are concerned, I don’t know that it’s productive that I intercede while the investigation is going on.”

This revelation comes after recent scrutiny on his comments after the shooting at Philadelphia’s Fourth of July celebration, in which he admitted that he would be “happy” when he leaves office.

“I’m waiting for something bad to happen all the time. So I’ll be happy when I’m not here, when I’m not mayor, and I can enjoy some stuff,” Kenney said.

In relation to the most recent comments following the 300th homicide of the year, the Mayor’s office issued a clarification: "To be clear, the Mayor has met with several mothers of children who were killed in the city, mainly through CJPS's GVI program."

Hours later, on Tuesday, Kenney released the following statement: "Every act of gun violence is an unspeakable tragedy. The fact that our city has lost 300 souls to date this year is utterly devastating. As mayor, my number one priority is to keep people safe and protect our residents. The surge in gun violence that we’ve seen in our city—and across the entire country—is unacceptable and pains me to my core. My deepest condolences go out to the loved ones of all those affected by this senseless violence.”

District Attorney Larry Krasner also reminded the public that this is an all-hands-on-deck type of situation with everyone helping, including Philadelphia Police Commissioner Danielle Outlaw along with other city officials as they look to somehow slow down the increasing rate of gun violence on the streets of Philadelphia.

However, back in March, when the number of homicides was 121 — which at the time was a 2% increase from the previous year — admitted that Philadelphia police “can’t keep up” with the rising homicide rate.