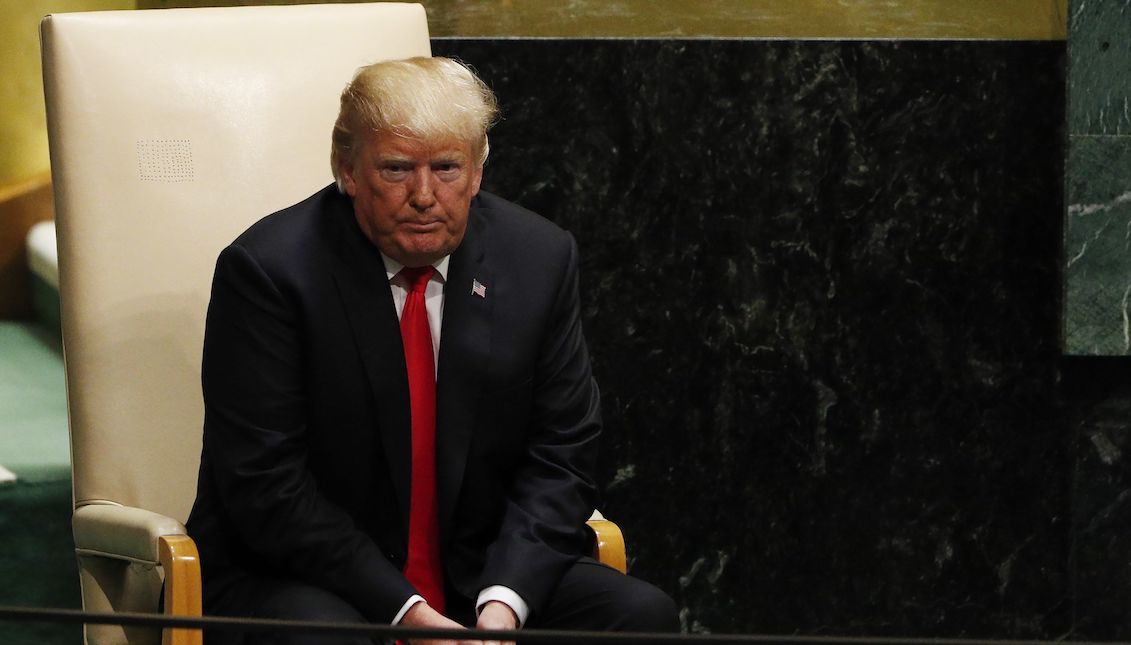 U.S. President Donald Trump, during the opening session of the high-level debate of the United Nations General Assembly, at the UN headquarters in New York. EFE/JUSTIN LANE

When the United Nations laughs at you, you must be doing something wrong

During his second appearance before the General Assembly of the United Nations, Donald Trump became the laughingstock of the event, just seconds after rising…

The American president has been right about something: the whole world laughs at us. And we just determined why.

During his speech before the annual edition of the United Nations Assembly, Donald Trump recalled that only a year ago he had made his debut before the organization as leader of one of the most powerful nations in the world, at which time "I addressed the threats facing our world and I presented a vision to achieve a brighter future for all of humanity."

The president chose not to mention the withdrawal of the United States from the Paris agreement or his insistence on alienating the country from its historic allies - let alone its growing economic war with China - but repeated the prefabricated speech that his administration has made "extraordinary progress.”

"In less than two years my administration has accomplished more than almost any administration in the history of our country," said the president just before being interrupted by a wink from the audience that resulted in growing laughter.

The president's discomfort was then almost at the surface.

"Didn’t expect that reaction, but that's okay," he said with a forced smile.

The scenario was the perfect translation of the statistics published by research centers that have determined that "trust in the United States around the world has plummeted after Trump took office," Vox reported.

"While Trump may be able to get away with this kind of absurd bragging at home - putting his presidency at the same level as Washington’s, Lincoln’s, and FDR’s -world dignitaries have more critical distance and no political incentive to let him get away with a hyperbole,” Vox adds.

Similarly, and as the Huffington Post recalls, the president's "awkward moment" arose just months after he said during a cabinet meeting that "the world is laughing at the United States."

If a country is the victim of international mockery, it is not exactly because everything is going well, and the responsibility falls on the shoulders of he who represents his people.