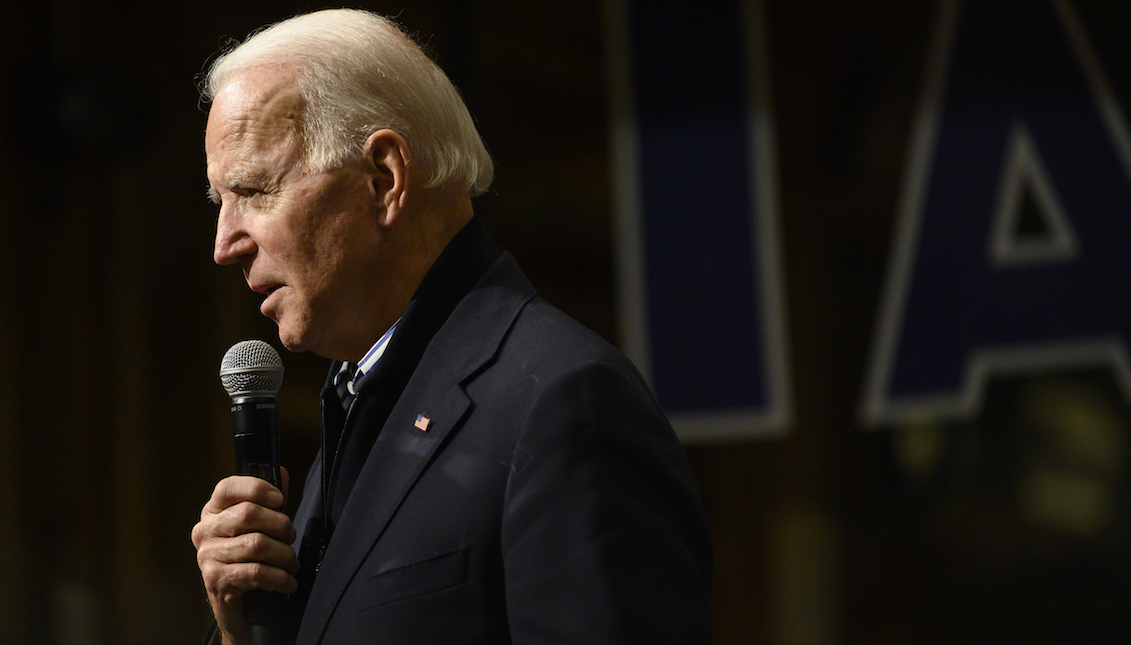 Does Biden have a concrete answer for Latinos?

During an event in Nevada over the weekend, the former vice president and presidential candidate struggled to answer the most pressing questions from the…

Looking ahead to the November election, Democratic candidates are still missing the point when it comes to Latino issues.

And we are no longer talking about the fact that the only Latino candidate had to give up the race, or that the campaign plans of most of those who remain are still a little flimsy.

We're talking about their ability to speak directly to the community, answer its questions, and not choke on words in the process.

Proof of that were the random answers former Vice President Joe Biden gave to leaders of the Hispanic community in Nevada last weekend.

At a town hall meeting at Rancho High School last Saturday, the candidate who has led the polls nationwide was unable to give an objective answer to key questions such as his intention to pass comprehensive immigration reform during his first 100 days in office, or his commitment to include Latinos in his cabinet.

According to the Nevada Independent, Biden avoided questions posed by moderator Hector Sanchez Barba, executive director of Mi Familia Vota, refuting to give exact numbers or solid proposals on critical issues such as deportation.

“There’s a simple reason for this. It’s a simple proposition,” Biden said. “Latinos make up 25 percent of every single solitary person in school in America. The idea that we are not going to have overwhelming representation of Latinos and Latinos in my cabinet says we’re not going to move forward as a country. You are the future of this country.”

In this way, the candidate was mechanically repeating the political rhetoric with which the Hispanic community in the country has been approached even before the 2016 elections, promising to always take us into account but not explaining how.

While he tried to shed light on the deportation process, promising "that only immigrants who have committed felonies would be deported during his administration," that he would increase the number of refugees admitted to the country to 125,000 and that he would put an end to the separation of families, Biden could not promise that immigration reform would be introduced in his first 100 days in office.

While the former vice president's political project includes the introduction of immigration reform during the first 100 days of his administration, approving it is a different matter. According to Isabel Aldunate, Deputy Director of Strategic Communications and Press Secretary for Biden's Hispanic Media, the candidate "cannot commit to passing legislation within the first 100 days because he acknowledges the need to work with Congress (especially one whose Senate is Republican-controlled) and is being honest with the American people about that."

"Congress is subject to many variables including the upcoming Senate and House elections. It is dishonest to promise legislation will be passed and Joe Biden has always valued transparency and honesty," she added in an email.

In a conversation with the Biden campaign, AL DÍA asked: "Why should Latinos vote for Biden?"

Laura Jimenez, Director of the National Latino Vote, answered: “Latinos should vote for Joe Biden because a Biden presidency would represent a sea change from the current status quo."

In an email, Jimenez added that, after being terrorized for the past 3 years, "the Latino community recognizes that we are in a battle for the soul of the nation and are at a moral and political crossroads."

"The Latino community knows and respects Joe Biden, and knows that he will prioritize the issues that are important to them.  Furthermore, Biden’s ideas and policies to help the Latino community are realistic and doable as opposed to the empty promises that both Donald Trump and other candidates have put forth,” she concluded.

The former vice president's participation in the town hall meeting is part of a shared effort by some candidates to try to get the Latino vote within days of the Iowa Caucus.

During the same weekend, former South Bend Mayor Pete Buttigieg also made an effort to convince members of the Latino Culinary Union that his campaign takes into account the priorities of Hispanics.

According to the Washington Post, Buttigieg advocated "a path to citizenship for all 11 million undocumented people in the country," and promised to reinstate the Deferred Action program as soon as he steps into the White House.

However, as the midterm elections showed, the range of priorities of the Latino community continues to be overlooked.

Health care, education, and quality of life are key priorities for Latinos, who see far beyond the immigration proposals used by the Republican campaign to take over the opposite bench.

Perhaps that's why the Independent Senator from Vermont has the most Latino support.

After incorporating key figures for the community such as Bronx Representative Alexandria Ocasio-Cortéz, Sanders has increased his support in the Hispanic community by 7%, according to figures published by Morning Consult on January 7.

One way or another, it seems that there is still no candidate who understands a mass of voters who could radically change the results next November.