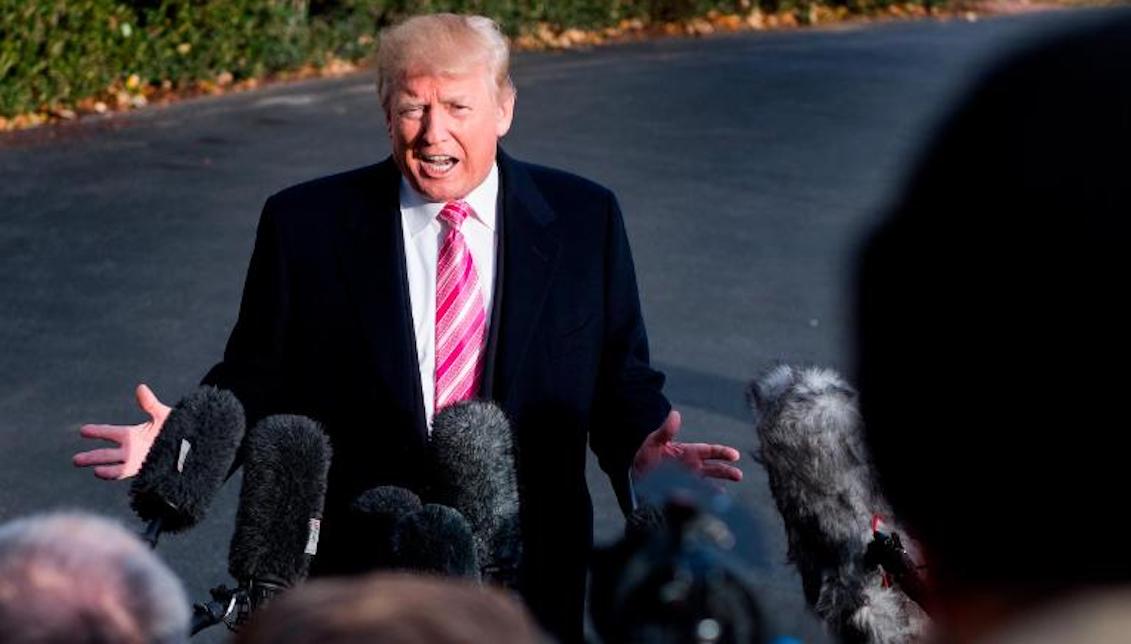 Last week, and before the Thanksgiving holiday, President Trump broke his silence regarding the accusations against the Republican candidate for the Alabama Senate, Roy Moore. Contrary to American values, the president decided to back the candidate…

"Well, he denies it"

After weeks of silence, the US president has finally decided to back the Senate candidate for the State of Alabama, Republican Roy Moore, saying he prefers an abuser to a liberal in the Senate.

Several women, including Leigh Corfman, have accused Senator Moore of “inappropriate sexual contact” with 14-year-old girls when he was 32.

Two other women, who worked together at Sears during the late 1970s, said Moore made "awkward visits" to the store and once even called one of their schools to ask one of them out on a date.

While some representatives of the Republican Party have declared that the candidate "should step aside" in the race, Moore has assured that it is "a desperate political attack by the Democrats," he said, denying any accusation. "This garbage is the purest definition of fake news and intentional defamation," he said in an initial statement.

Last week, a spokesman for the Republican senator denied the accusations emphatically, telling the media that "we believe in the judge. We don’t believe these women." The director of strategy of Moore’s campaign, Dean Young, assured on the other hand that the candidate has been recommended to deny any accusation when being questioned, and the writer Ben DuPré declared in his favor assuring "not to believe a word of these lies".

But it has been the direct support of the president what ended up elucidating the government's positions on inappropriate sexual behavior.

“Look, he denies it. I mean, if you look at what is really going on, and you look at all the things that have happened over the last 48 hours, he totally denies it. He says it didn't happen. You’re talking about … he said 40 years ago this did not happen.” President Donald Trump on the accusations against Roy Moore.

When asked if a supposed child molester was preferable to a Democrat, the president replied: "Well, he denies it."

After having assured in a statement that, if the accusations are true, Moore should "step aside", the president has decided to change his position, openly supporting the Republican candidate.

The White House's inclination towards a more condescending position in the Moore case was something you could see coming for a while now. For example, President Trump's adviser, Kellyanne Conway, decided to go out in the bush in an interview with Fox & Friends in which, although never implying straightforward "vote for Roy", she didn’t precisely say otherwise.

Conway preferred to attack the Democratic candidate in Alabama, Doug Jones, whom she described as a "doctrinaire liberal" who doesn’t represent his fellow citizens. When asked if the White House would be supporting the candidacy of Roy Moore, Conway again responded with evasive and contrary claims.

In the same way, press secretary Sarah Huckabee Sanders spoke to the media on behalf of Trump, insisting that "the president believes that we cannot allow a mere allegation - in this case, from a long time ago - to destroy a person’s life", demonstrating that the president needs the votes in the Senate and that Jones would be too liberal for the post, transforming himself into a stumbling block for Republican projects, according to the Washington Post.

Although Doug has put KKK men behind the bars and has a clean record, the president has decided to support a candidate who is not only accused of inappropriate sexual behavior, but has also been removed twice from his job for violating the Constitution and frequently "disagreed with colleagues in cases of sexual crimes," as reported by The Atlantic.

“We are the good ones”

When it comes to Democratic candidates accused of similar crimes, the president hasn’t hesitated to attack through his favorite social media, Twitter, the cases opened against Senator Al Franken, for example. But in cases like the Republican Moore, he prefers to give the "benefit of the doubt."

According to a source close to the White House, the tsunami caused by the Weinstein effect was what made it “easier” for the president to stay on Moore’s side, CNN reported.

This seems to be true because, like Moore, the president flatly denied his accusations of inappropriate sexual behavior during the 2016 campaign, stayed in contention and eventually managed to sit in the White House Oval Office.