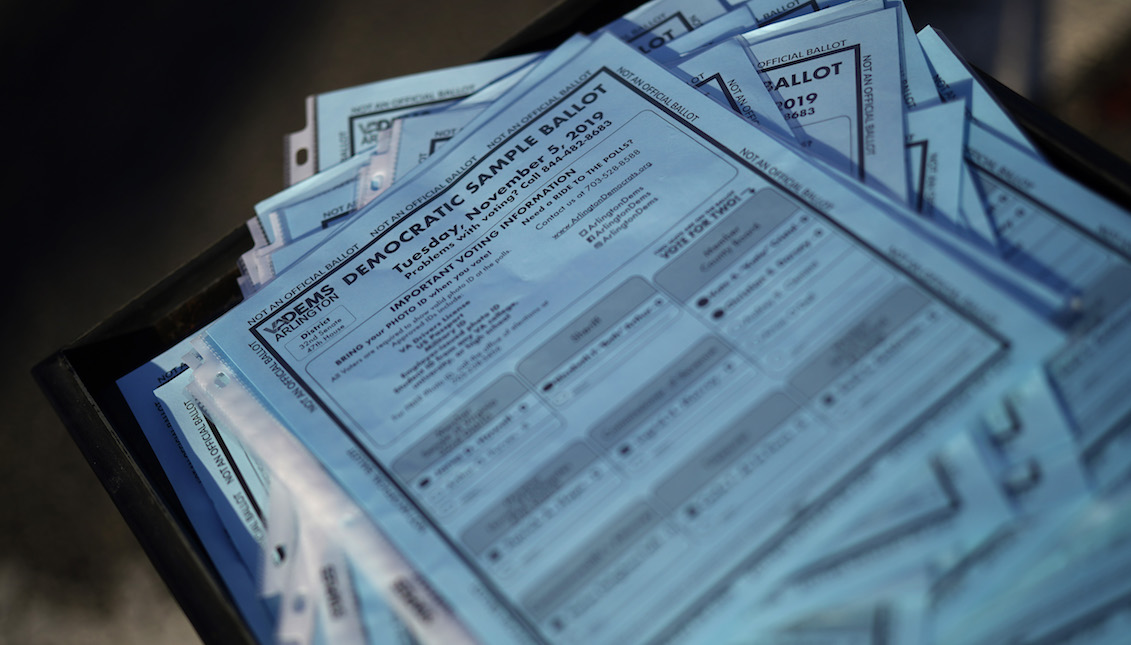 ARLINGTON, VIRGINIA - NOVEMBER 05: A sample ballot is shown at a polling station is shown at Nottingham Elementary School on November 5, 2019, in Arlington, Virginia. (Photo by Win McNamee/Getty Images)

The results of the elections in the non-electoral year seem to speak of a change of consciousness in the country, and of a profound political transformation.

Being a Republican is very difficult in Donald Trump's America.

Being part of the party of a president facing impeachment and observing the results of a vote that favors the opposite party is, at the very least, clarifying.

The country is speaking from the democratic podium of the electoral exercise and is screaming for a change. Or that it’s what the results of the elections in Virginia and Kentucky on November 5 seemed to show.

Democrat Andy Beshear defeated Republican incumbent Matt Bevin in the Kentucky governorship, in a territory that President Trump won by 30% of the vote in 2016, while Democrats took control of the Virginia state legislature – both the House as the Senate – for the first time "in a generation," the Washington Post explained.

"The sweep completed a dramatic political conversion, from red to blue, in a Southern state on Washington’s doorstep," the media added.

In a slim majority of 20 to 19 in the state Senate and 51 to 48 in the House of Delegates, the 140 seats in the legislature were open for competition, and the victory of the Democrats marks a milestone in the history of the state, especially after years of Republican control thanks to the inequality of the district drawing.

It was only in July of this year that the Supreme Court ruled that the state Republican House of Delegates did not have the legal right to refuse the order of a minor court that ordered the breakdown of gerrymandering that undermined the will of the voters.

Republicans had not won a state race by votes since 2009, but they had taken the seats in the Senate and the House by minimum margins thanks to the distribution of the districts.

Similarly, this victory reinforced the position of Democratic Governor Ralph S. Northam, who faced his own obstacles over the past year.

On the other hand, the unpopular Kentucky Republican governor, Matt Bevin, lost against Democratic Attorney General Andy Beshear by about 5,100 votes and refused to accept defeat until after the last precincts were closed.

The state is so crucial to the GOP that the president himself organized a rally the night before the election to convince voters to support Bevin.

“If you win, they are going to make it like, ho-hum,” Trump told the crowd at the Monday night rally for Bevin. “And if you lose, they are going to say Trump suffered the greatest defeat in the history of the world. You can't let that happen to me!”

Although the GOP managed to win all other races in the rest of the state, the victory of Beshear is nothing less than symbolic, especially in a profoundly Republican territory that embraced Donald Trump almost unanimously during the 2016 elections.

And it is precisely this message that seems to resonate throughout the country.

Other elections such as the Mississippi governorate and the New Jersey legislature gave some hope to Republicans to maintain a presence on key territories but were defeated in conservative suburban counties in Philadelphia.

It seems like the turbulent administration of Donald Trump has his echo in public opinion, and his policies face an increasingly present rejection at the polls.

After the blue wave in the midterm elections in 2018, this November's special elections draw a new panorama towards the presidential elections of 2020, where the impeachment against the president seems to become the best political campaign in favor of the Democrats.