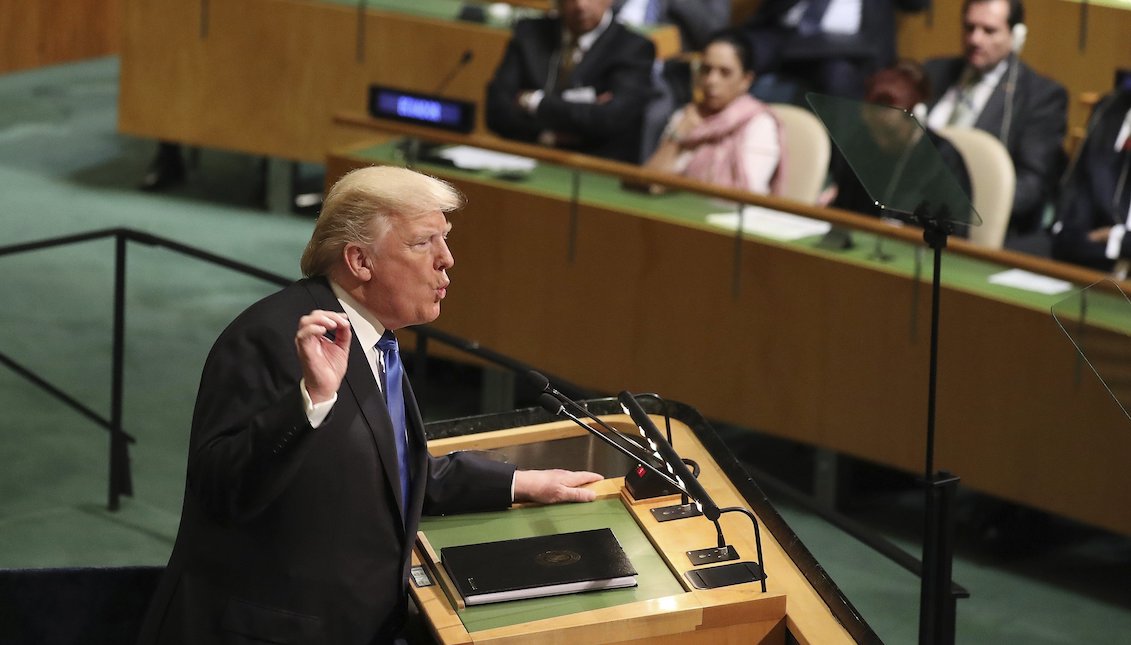 US President Donald J. Trump addresses the UN General Assembly at its US headquarters on September 19, 2017. EFE / Andrew Gombert

Trump at the UN: This is what he said

During his first speech to the United Nations, President Trump has left several points dangerously clear.

His opening was predictable: The United States is going strong as of November 8. "The stock market is at a record high, and unemployment is at its lowest level," Trump said in front of one of the most important international cooperation organizations.

Arguing that the world leaders’ “first duty is to their people," the US president said that his nation would be militarily prepared for a moment of "dangers and threats" as the one that the international community is facing.

"Terrorists and extremists have gathered strength and have spread to every region of the planet. Rogue regimes represented in this body not only support terror but threaten other nations and their own people with the most destructive weapons known to humanity”, he said.

The president's stance started from his traditional America First speech, and although he softened his statements by saying that "we do not pretend to impose our way of life," he proposed it as an "example" to take pride on, especially in matters such as the one of North Korea, whom he threatened to "destroy completely", calling Kim Jong-Un, the leader of the Korean nation, "the rocket man with a suicidal mission" because of his nuclear program.

As for the nuclear deal with Iran, Trump echoed his earlier comments by continuing to criticize the steps taken by the Obama administration towards the Arab country: “frankly, that deal is an embarrassment to the United States, and I don't think you've heard the last of it. Believe me.”

Likewise, the American president referred to the international political and humanitarian situation as one in which "many countries are going to hell", and that it is the responsibility of the United Nations to solve many of these complex problems. He also recalled that the United States pays "22% and more" of the international body's budget.

One of those countries in crisis is Venezuela, which Trump referred to as "a once-thriving nation" to which the regime of Nicolas Maduro has “brought to the brink of total collapse”.

Despite his attempt to direct an unread and coherent speech, the message of the presidential address was clear: no matter which organization one belongs to, the United States will always go first, even if its interests go in the opposite direction to that of the benefit of the entire international community.