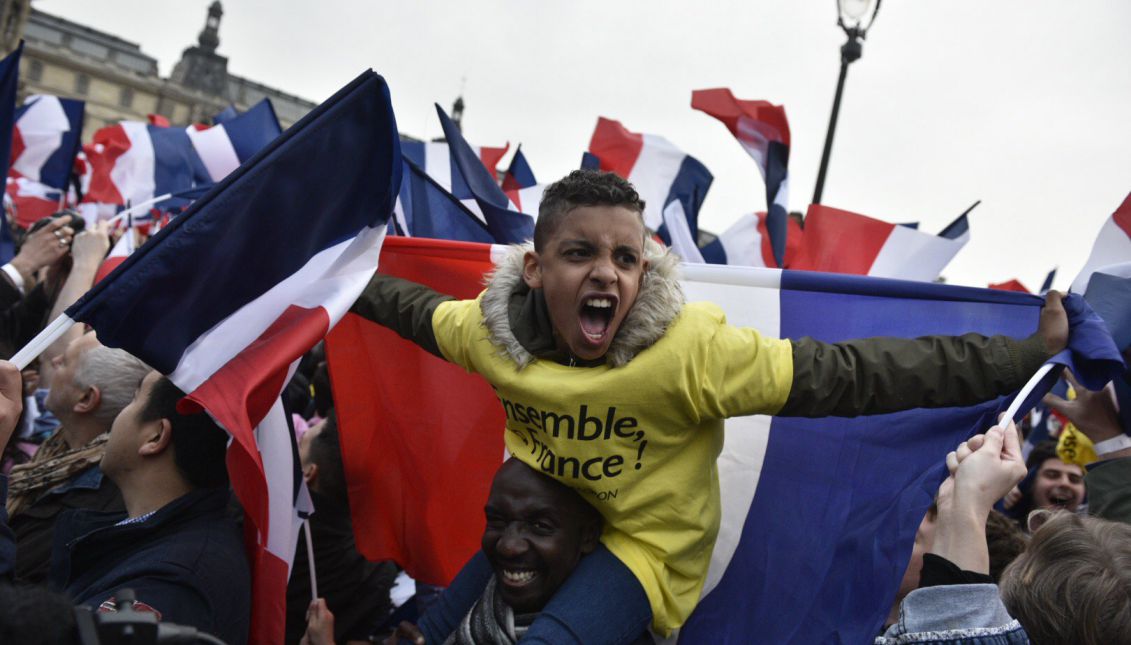 Former economy minister and centrist presidential candidate Emmanuel Macron's win in the French runoff vote on Sunday sparked a flurry of congratulatory messages from international leaders, who considered his victory a vital step in maintaining the European Union's policies.

The head of the European Commission, Jean-Claude Juncker - along with other top European officials, in separate messages - also sent his congratulations to Macron saying on Twitter "Congratulations Emmanuel Macron. Happy that the French have chosen a European future. Together for a stronger and more just Europe."

Congratulations poured in from other world leaders, including US President Donald Trump, who released a brief statement from the White House:

“We congratulate President-elect Macron and the people of France on their successful presidential election. We look forward to working with the new President and continuing our close cooperation with the French government.”

Last November, Macron's opponent, Marine Le Pen, a populist, was one of the few European politicians to celebrate Trump's victory. Le Pen is a far-right politician representing the the National Front, a nationalist and anti-immigration party founded by his father, Jean Marie Le Pen, that vows for quitting the European Union and take agressive measures against Muslim migrants in France.

Macron, on the contrary, has strongly defended the European Union.

In a speech to his supporters after learning of his broad win and receiving the congratulations of Le Pen, Macron assured his countrymen that he will work for the "unity of the nation" and that he wants to defend "France and Europe." Macron said that the "basis" of his presidency will be the "regeneration of public life," at the same time that he promised that he "will work to reestablish the links between Europe and the citizens."

"I will defend France, its vital interests and its image. I make the commitment before you. I will defend Europe. Our civilization is at risk, our way of being free," he said.

Trump, who once congratulated the UK for its decision to quit the European Union (Brexit) and has criticized Brussels for being "too much" in the hands of German chancellor Angela Merkel, and too soft in its open policiy to refugees and immigrants, also tweeted a brief message of congratulations to Macron.

Congratulations to Emmanuel Macron on his big win today as the next President of France. I look very much forward to working with him!, Trump tweeted.

During his solemn speech at the Paris headquarters, Macron also guaranteed that France will be "in the first rank of the fight against terrorism," both on its own territory and on the international level, for the "entire time that this fight lasts."

Meet the Latinas who will be part of the first World Embassy for Women
May 4th, 2022
French scientists discover new COVID-19 variant
January 4th, 2022
France and other countries where the U.S. does not recommend travel
December 7th, 2021

Although Trump never endorsed Le Pen officially, he did say that she was "strongest on borders, and she's the strongest on what's been going on in France", as reported in The Guardian.

Last month, just three days before the first round on the Presidential election, France suffered a terrorist attack in Paris that left a police officer dead.

Former US Secretary of state and Trump's rival Hillary Clinton also congratulated Macron with a tweet, stating that the result was a victory “for France, the EU & the world. Defeat to those interfering w/democracy (But the media says I can't talk about that)."

By ending the tweet like this, Clinton was referring to the possible interference of Russia in favor of Le Pen.

In an interview last week, Clinton said she would have won the U.S. election were it not for FBI Director James Comey investigating her and interference by Russian President Vladimir Putin.