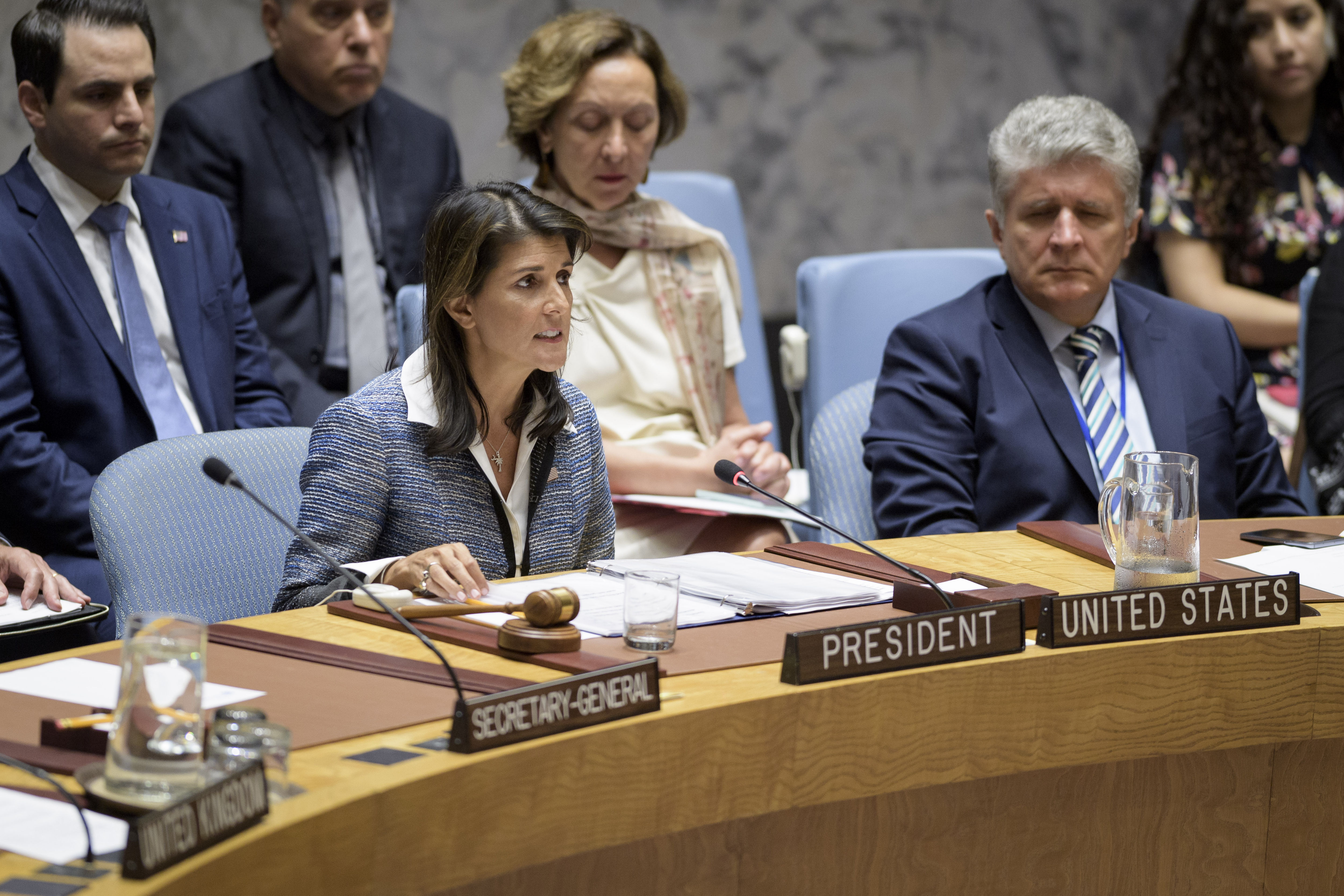 A divided UN Security Council on Wednesday for the first time took up discussion of the crisis in Nicaragua, with the U.S. and its allies denouncing the actions of the Daniel Ortega government and countries such as Russia accusing Washington of interference.

"The Security Council should not and cannot be a passive observer as Nicaragua continues to decline into a failed, corrupt and dictatorial state," she added, going on to say that Ortega and Venezuela's Nicolas Maduro are "cut from the same corrupt cloth."

The U.S., which pushed for the session to take advantage of the fact that this month it is presiding over the Security Council, insisted on comparing the situation in Nicaragua with that of Venezuela, a case it already tried to place on the body's agenda without much success last year.

Haley was the most critical of the Ortega government, but other countries also denounced the repression by the Nicaraguan regime and expressed their concern over the high number of victims since anti-government protests erupted in the Central American nation in April.

That was the stance, for example, of France, the Netherlands and other members of the European Union, as well as Peru, one of the two Latin American nations on the Council at this time.

A majority on the Council insisted on the need for dialogue so that Nicaragua can overcome its current crisis and backed the efforts of the Organization of American States in that regard.

A dictatorial blow to the Spanish language in Nicaragua
May 31st, 2022
Alliance between UN Women and NBCUniversal will produce content for Latam
April 8th, 2022
Nicaraguan writer Sergio Ramirez is a main guest at the Barcelona noir festival
February 3rd, 2022

The U.S. also invited the participation of Nicaraguan academic Felix Maradiaga, accused by his country's National Police of organizing criminal bands, and he used his time before the Council to denounce the Ortega government's "crimes."

The Nicaraguan government, meanwhile, was represented at the meeting by Foreign Minister Denis Moncada, who said that the session constitutes "interference" in his country's internal affairs and is a violation of international law.

Moncada had the backing of several member states who made clear their opposition to the Council concerning itself with the Nicaraguan situation, claiming that it is an internal matter that does not endanger peace or international security.

Among those nations are Russia and China, two of the Council's five permanent members, who - like the U.S., France and the United Kingdom - hold veto power over the body's decisions.

Russian Ambassador Vasily Nebenzia defended the efforts of the Nicaraguan government to stabilize the situation and complained that the country is being made a victim of "external pressure" that is making maintaining that stability increasingly difficult.