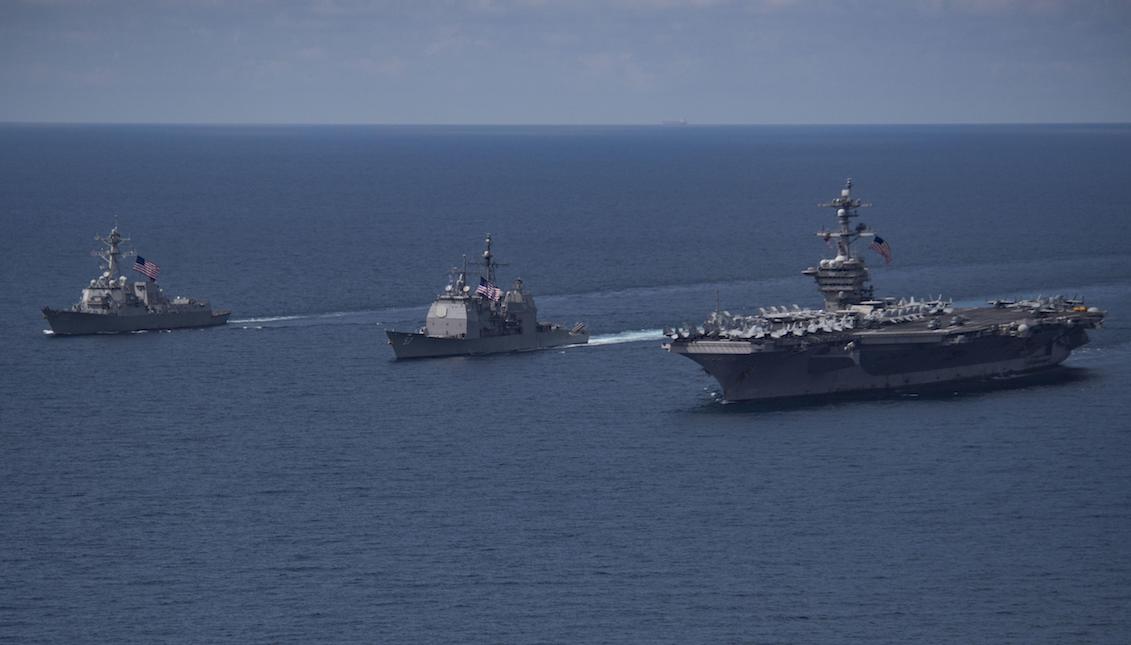 Tension rises on the Korean Peninsula over the weekend

Meeting in the middle of the conflict, China appealed to the parties involved in the tension of the Korean Peninsula to avoid "provocative actions."

During a telephone call between Chinese President Xi Jinping and President Donald Trump, the Chinese leader urged sanity, while Japan was conducting military drills with the American aircraft carrier heading into Korean waters, in the manner of Trump's threat against North Korea’s nuclear tests.

The North Korean regime made public through the official newspaper of the Central Government Committee, Rodong Sinmun, that the country is ready to demonstrate its "military force" by plunging the "nuclear-powered aircraft carrier at a single blow," ensuring that Pyongyang has weapons that "can reach the mainland of the United States and the Asia-Pacific region," as well as an "absolute weapon," better known as the H-bomb, according to CNN.

"The United States should not rush but carefully consider any catastrophic consequences that this foolish military act of provocation can have," said the same newspaper today.

China is the only ally left to North Korea, but in the same way has expressed its open discontent with the nuclear programs that the regime refuses to dismantle, violating the agreement of the Security Council of the United Nations.

The Chinese government's concern has resulted in an attempt to mediate between the opposing sides, ensuring that the only solution will be the simultaneous withdrawal of both sides, and a bilateral agreement.

"The matter has worsened on the eve of the North Korean celebration of the 85th anniversary of the founding of the Korean People's Army on Tuesday. These kinds of events have been celebrated with tests of nuclear missile launches, "says Reuters.

Despite Donald Trump's initial promises to withdraw from the international scene and turn to the immediate needs of the United States, his decision to punish Bashar Al-Assad's regime by launching an attack on a Syrian air base has put him in the Epicenter of the conflict.