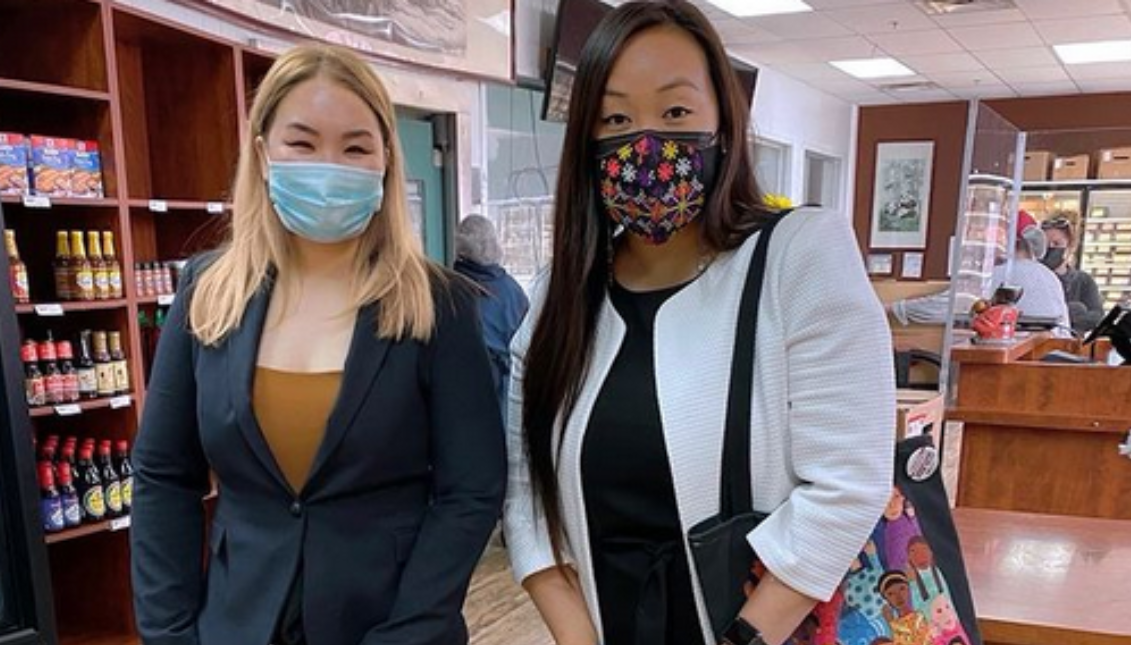 Since the start of the COVID-19 pandemic, Asian Americans all over the country have been victims of a dramatically increasing amount of xenophobic acts, including assaults, discrimination and harassment.

California, specifically the Bay Area, has seen some of the most brutal and frequent attacks, and elderly people are being targeted the most.

Despite the upticks, Asian communities in the area and around the country have been leading efforts to protect their elders, educate others on how to report hate crimes, and raise awareness of the underlying issues with Asian stereotypes.

Just last week, Ashyln So, a San Mateo middle school student and emerging fashion designer, organized a rally with hundreds of community members that she named “Stand for Asians.”

Proud to see so many #StandforAsians in San Mateo's Central Park today!

Thank you, Ashlyn So, Councilwoman Amourence Lee & others for challenging us to stand against hate today & every day forward: see some of Lee's ideas on next steps here: https://t.co/LElAJr7OKF pic.twitter.com/uC4hcjyl5c

Citizens are speaking up, and the government is starting to listen and respond accordingly.

On Monday, Feb. 23, California lawmakers passed legislation that would allocate $1.4 million in state funds to track incidents of anti-Asian hate.

Now, Sacramento Councilwoman Mai Vang is pushing back against the recent surge of violence with a resolution she proposed on Tuesday, March 2.

In 2020, Sacramento reported 57 hate crimes, eight of which were specifically anti-Asian.

In a disturbing new addition to the growing list of hate crimes in the state, footage was captured of someone leaving a deceased cat in the parking lot of a Chinese American-owned butcher shop in Sacramento on Feb. 22.

During a news conference,Vang announced her plans to introduce a resolution that would condemn anti-Asian hate and establish strategies to keep the community safe.

This may be a symbolic gesture — but it symbolizes a growing coalition of community members, faith leaders, elected officials, and folx from every background coming together to #StopAAPIHate. Let’s do better.

“I want to affirm to our Asian American community, our businesses, our families, our elders, that you are not alone. We are not alone, and we are here together to say we will not be targets of any form of hate,” Vang stated.

Vang also urged the city to assist the Asian American community with data collection, insisting that many incidents across the country have gone unreported.

“When you have a society that doesn’t acknowledge the harm and trauma of the Asian American experience, then what ends up happening is that you create a climate that excuses hateful acts,” she added.

The anti- Asian violence perpetrated against the AAPI community is unacceptable and deeply disturbing. @TheCityofSac @SacCountyCA

The conference was held outside of Mad Butcher Meat Company, the butcher shop that was victimized last month. The owner, Kelly Shum, has faced discrimination for years and said that seeing the deceased cat was her breaking point.

Today I met with my colleagues to further denounce the events at D6's very own Mad Butcher Meat Company. I will not stand by as excuses are made for discrimination and hate. Tonight I will be supporting @CMMaiVang's resolution to condemn racism and hate against the AAPI community pic.twitter.com/zt3LLvciwE

“I felt sick. It’s disgusting and so dehumanizing,” Shum told KCRA. “My entire life, even from elementary school, there was always this idea that Chinese people eat cats and dogs. Now, that’s suddenly the stereotype for all Chinese people.”

If the resolution is passed, the city will follow in the footsteps of Woodland and Yolo County, which have already passed legislation against anti-Asian hate.

Darrell Steinberg, mayor of Sacramento, made a powerful declaration at the conference.

“You attack the Asian Pacific Islander community, you attack all of us,” he said.