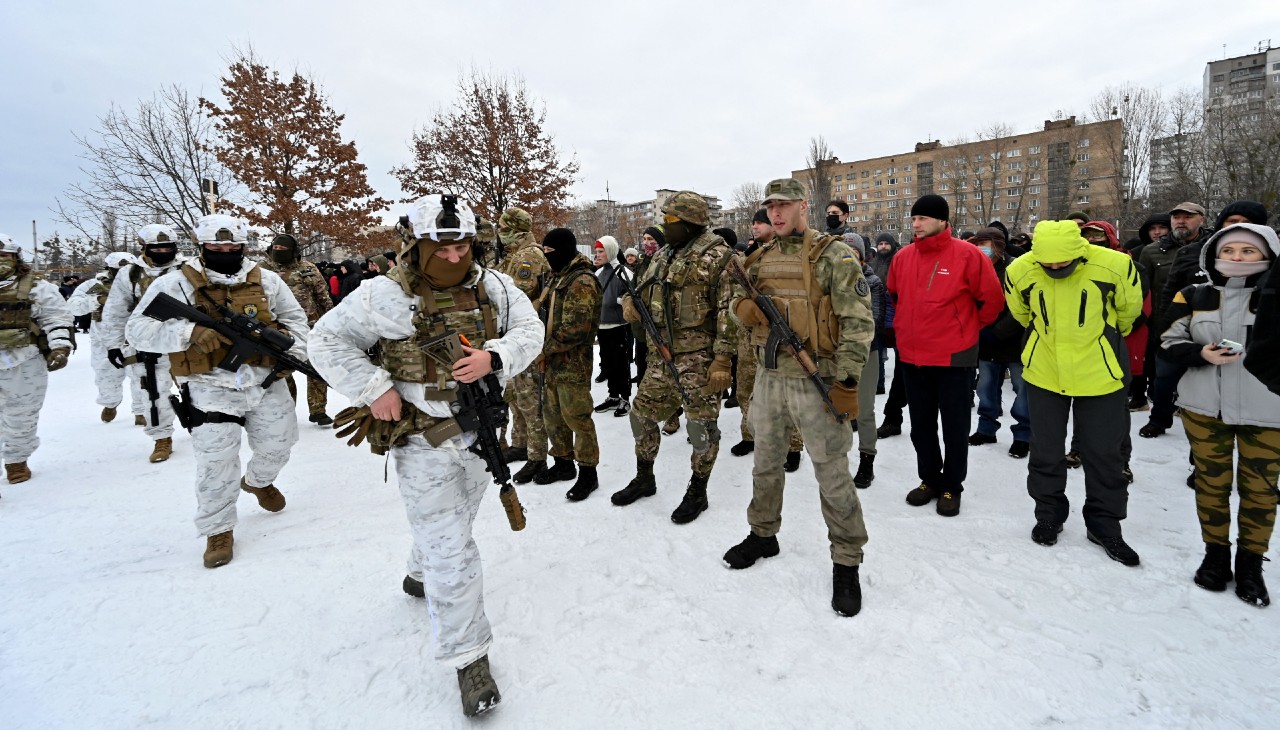 While diplomatic efforts are taking place, the Unites States and Russia are preparing for a possible military conflict. Photo: Getty Images

Crisis in Ukraine, The Beginning of a Second Cold War?

The crisis between superpowers has been escalating at the border between Russia and Ukraine, raising concern for a possible military conflict.

While the Ukrainian crisis and a possible armed conflict between Russia and NATO are making daily headlines in the newspapers around the world, covering every second of this juncture, the truth is war has already begun.

Having  the world on the edge of an armed confrontation between powers, where amid apparently diplomatic dialogues, troops and weapons continue to be deployed, is creating a scenario of instability, similar to the one experienced by Washington and Moscow during the Cold War.

The Kremlin claims to be willing to find a peaceful solution, not without saying that they are ready to go until the very end to control Crimea.

While the Pentagon deems the invasion as imminent, the  situation is escalating and President Joe Biden authorized  sending 3,000 soldiers to support NATO troops, just after his Russian counterpart, Vladimir Putin, claimed “The West ignored” the concerns of the Kremlin.

NATO, created in 1949 to control the former Soviet Union, will decide in mid-February if Ukraine will be a part of the organization, a situation that Russian would consider as provocation. Secretary General, Jens Stoltenberg, noted that its troops are on hold while deploying vessels and aircrafts to strengthen its deterrence and defense tactics.

Experts consider that the entry of American troops is not advisable in this moment, as it would be taken as provocation. However, Secretary of State Antony Blinken, claimed they are in contact with allies and are prepared to coordinate a unified response. He also noted that they are “committed to preventing a conflict that will not benefit anybody”, and claimed that they are ready to “enforce high costs if Russia invades Ukraine”.

Russia blames The West for wanting to promote a campaign to tarnish its image, and highlights that Moscow is only protecting its sovereignty and putting a stop to the increasing threat of being surrounded by the military forces of North Atlantic Military Treaty Organization. In the same way, he claims to be willing to find a peaceful solution, not without saying that they are ready to go until the very end to control Crimea; which Russia annexed to its territory in 2014 if Ukraine is accepted as a member of NATO.

Aside from military actions, another tool that the United States and its allies possess against Russian interests is the possibility to severely attack its finances. Even though, Putin has demonstrated not having problems to withstand the different sanctions of the past, the threat of being disconnected from the Society for Worldwide Interbank Financial Telecommunication (SWIFT) seems to worry Moscow.

Disconnecting them from the international banking system would be one of the hardest hits for Russia, because Russian citizens wouldn’t be able to do financial transactions, especially the upper class so protected by Putin.