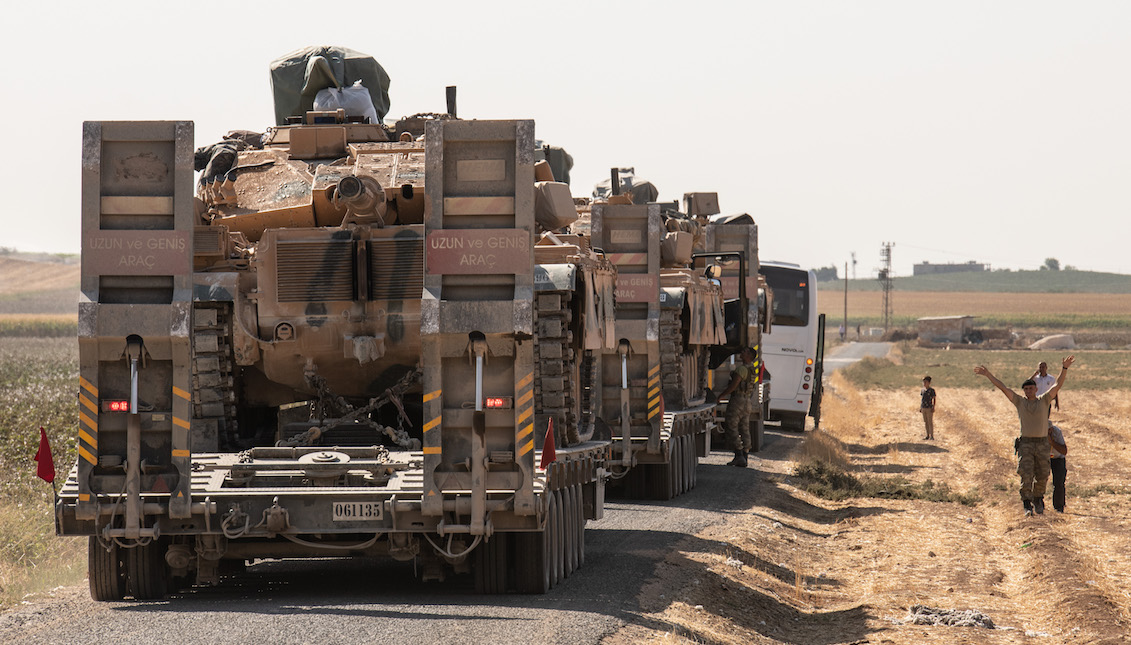 The U.S. delivers the Middle East to Russia on a silver plate

A violent Turkish incursion into Syria demonstrates the effect of the indifference of world powers when their interests are settled.

Withdrawing from conflict for the wrong reasons has proved worse than getting involved at all.

That is the scenario where millions of people are now in northern Syria after Turkey's violent incursion into its territory, sponsored by the withdrawal of U.S. troops that controlled the conflict in the region.

According to Politico, Turkish troops have covered a 200-kilometer stretch between cities and towns in northern Syria during the past five days, in an offensive craved by the Recep Tayyip Erdogan government for years.

Using the fragile "fight against terror" argument once again, the Ankara government said its goal was "to destroy the terror corridor which is trying to be establishes itself on our southern border," referring to the Kurdish armed groups, the better known as People's Protection Units (ypg), once the United States allies.

The ypg is also part of an alliance with the Kurdistan Workers Party (pkk), an insurgent separatist group that has been fighting the Turkish army for 35 years, which makes it the natural enemy of Ankara.

All roads lead to Russia

The abrupt departure of U.S. troops from the northern border of Syria seems to baffle many, especially considering the intricate relationship between the United States, Turkey, Russia, and Saudi Arabia in the conflict.

Since 2011, the U.S. government has imposed sanctions against the Bashar Al Assad government in Syria and joined countries like the United Kingdom, France, and Germany in requesting a democratic solution to the civil war.

But Russia's support for the Syrian government has always been much heavier.

Although its alliance dates back to 1956, Russian intervention in the Syrian civil war has been militarily powerful, being one of the main reasons why the United States has avoided at all costs committing to direct military confrontation maneuvers.

Official declarations, both in Damascus and in Moscow, claimed that the fight was to appease the rebellion of the Free Syrian Army (FSA) against the government and eliminate the outbreaks of the Islamic State (IS) that had taken advantage of the tension to extend their "Caliphate.”

Meanwhile, the Al Assad government bombed its people with chemical weapons, which at some point prompted Donald Trump to carry out an attack on military bases.

Another gift to Putin

Having supported the Free Army and Kurdish guerrillas in northern Syria to combat the IS, Washington seems to have abandoned them to their fate by deciding not to interfere with Turkey's offensive.

As reported by the New York Times, Kurdish forces then decided to reverse alliances and seek Damascus support against the massacre of the Turkish army, giving up one of the last bastions of opposition to the Al Assad government and leaving Moscow in total control of the situation.

“Along with military power, Russian President Vladimir Putin has relied on diplomacy to achieve his goals in Syria,” explains the Associated Press analysis, adding that the new situation paradoxically reinforces the Russia-Turkey association.

"Even though the two countries have backed opposite sides in the Syrian conflict, they have pooled efforts to negotiate a de-escalation zone in the Syrian province of Idlib and co-sponsor talks on forming a committee that would draft a new Syrian constitution," it adds.

Faced with a possible truce, it will be the parties involved who may take advantage of a key territory for the world’s economy, as Syria is not only the commercial focus between Iraq, Israel, Jordan, Lebanon, and Turkey, but also has rich oil fields and a 193-kilometer coastal strip that gives immediate access to the Mediterranean Sea.

The Arab country has thus become the greatest spoil of war in the contemporary history of mankind.