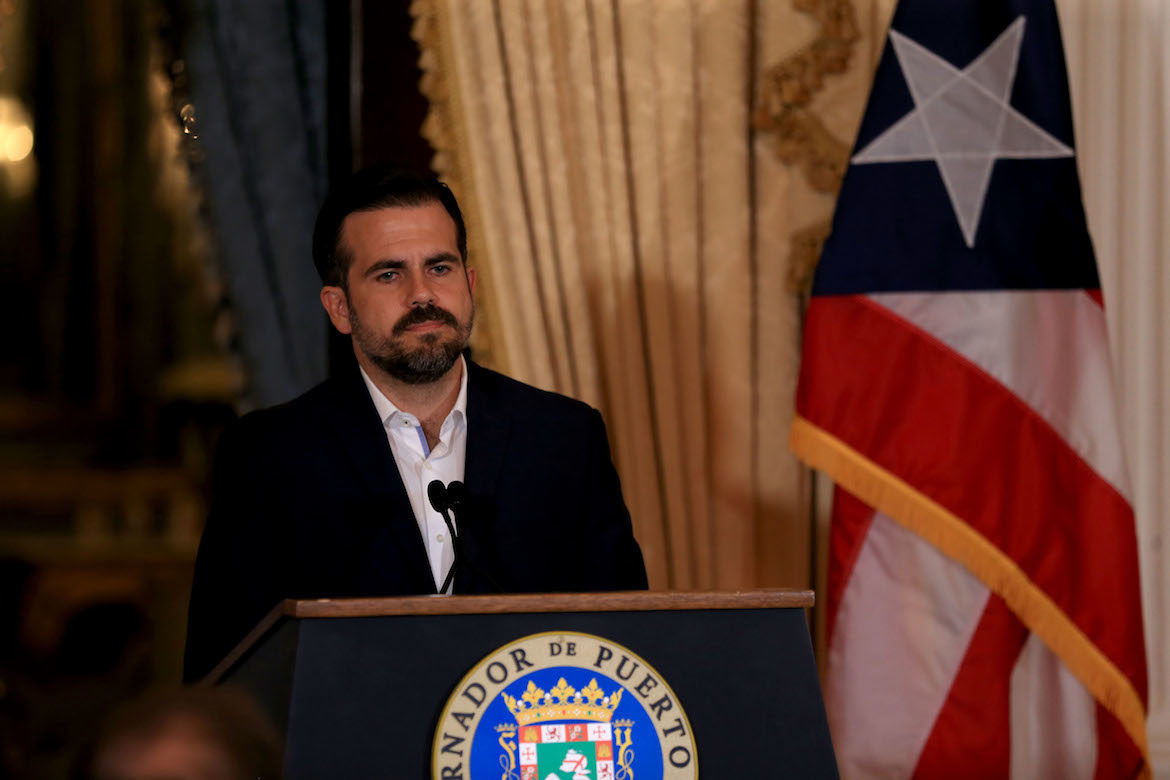 Protesters faced tear gas and rubber bullets in Old San Juan to demand the resignation of Governor Ricardo Rosselló, but he digs in.

While Old San Juan burns, embattled Puerto Rico Governor Ricardo Rosselló, in an act of stupefying defiance, said he will not resign and vowed to “keep on working,” even as thousands of Puerto Ricans braved tear gas and rubber bullets to demand that he go.

What Rosselló fails to understand is that after a crushing economic and fiscal crisis, brought about by a massive $70bn debt, a soaring unemployment rate, a mounting Diaspora and the devastation of Hurricane Maria, Puerto Rico is not in a forgiving mood.

During a two hour press conference, Rosselló, at times defiant and angry, made one thing clear - he is staying put. He said that he reached this conclusion after “an act of introspection.”

“Despite the difficulties that we have internal and external, the work will continue and the agenda will be completed in all areas, social, educational, safety, health, infrastructure, recovery and everything related to the financial situation that is a high priority among others," he said.

Yet, in the same breath, and trying to deflect attention from himself, he criticized the protestors for alleged acts of vandalism.

Last night, in the third day of protests, police attempted to disperse the marchers in front of the Fortaleza governor's barricaded residence with pepper spray and rubber bullets. The videos clearly show that the protests were, for the most part, peaceful.

This intense public outcry is the result of a leaked chat that has Rosselló and 11 of his inner cupula, all male, sending profanity-laden homophobic, misogynistic, cruel and violent online messages among themselves.

He told the Fiscal Oversight Board - which oversees the island’s finances - to “go f- yourself” and called its executive director, Natalie Jaresko, a “gatita.” The latter is a sexist term for a mistress.

This showdown also comes after two former Puerto Rican government officials and four other top-tier members were arrested as part of a federal corruption probe that has rocked the Rosselló administration.

“The people of Puerto Rico that elected him to govern are the same people that for days have been asking him to resign, “ said Federico Rodriguez, a Puerto Rican human rights expert.

“His responsibility is to heed their demand and not ignore it like if they had simply asked permission to take to the street,” he said.

The popular Puerto Rican comedian Molusco criticized the governor’s attempt to use the conduct of protesters to deflect blame:

“It is not right that they paint graffiti on the walls of Old San Juan. But to condemn this act more than the millions stolen in Salud or Education and the content of the chat is unacceptable,” he said.

“Don’t forget our cause, because walls can be repainted, but we will never again see the millions stolen by the Rosselló administration,” he said.

“There is something palpitating today in the [Puerto Rican] society that, I believe, the administration should try and understand.”

“What the people demand is what will be done,” Rosselló said during the conference. Yet he refuses to acknowledge what was evident last night on the streets of Old San Juan: Puerto Rico has run out of patience. We have had enough.