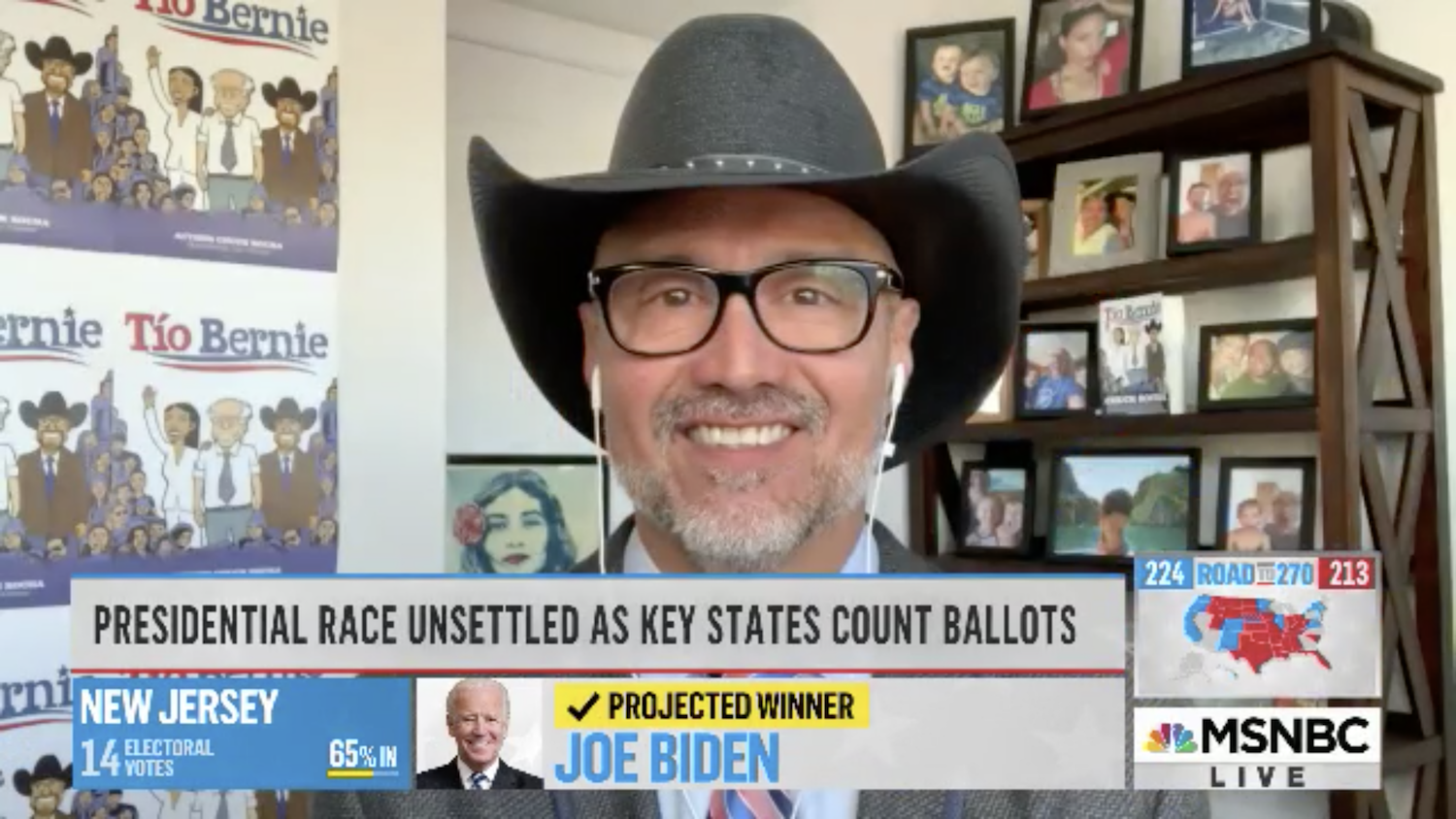 In the end, this is a story of failing to adequately address the Latinx vote through over-generalization, underrepresentation, and lack of investment.

First off, the ‘Latinx vote’ doesn’t exist, and day one of the 2020 Presidential election proved this.

The Hispanic and Latinx voting bloc, for months, was touted as the largest non-white voting bloc eligible to hit the polls this year.

This created, rather, intensified an unproductive, monolithic rhetoric in regards to the ‘Latino vote,’ putting all Latinx voters under the same banner — from all countries of origin no matter if they are white, indigenous, or Black.

It’s left room for tremendous gaps in tracking the demographic accurately. The Latinx demographic, by-and-large, voted for Joe Biden, but it is those that voted for Trump that has the nation baffled.

A considerable portion of Latinx voters sided with the President, helping him solidify a victory in Florida, with a CNN exit poll suggesting that Trump accumulated more Latinx voters in battleground states compared to 2016.

To this, some replied, “Get over it,” as Latinos will never fit into the small box constructed to fit the myriad of Latinx identities.

In the end, it is a story of failing to adequately address the Latinx vote through overgeneralization, underrepresentation, and underinvestment.

“If I have to hear one more… white person on TV talk about our community not being a monolith. Last night, it was like the Latino community was listening this whole time and being, ‘Let me just show you how much we are not a monolith.’”

That was Chuck Rocha speaking to the Los Angeles Times.

Rocha was Bernie Sanders’ Senior Advisor and is the man behind Sanders’ strong edge among Latinx voters during the 2020 election.

Ever since Biden became the Democratic presidential nominee, Rocha has raised the alarm on the Latinx outreach by Democrats, Super PACs, and other establishment groups to the many diverse, Latinx communities.

In the end, Latinos voted in record numbers and overwhelmingly sided with Biden. The issue following the first night of the election is Florida, but that, according to Rocha, is another issue entirely and does not represent the entirety of this year’s record Latinx mobilization.

In regards to the turnout in Miami-Dade County, Rocha said it was a matter of underinvestment.

“I watched a lot of money go through a lot of woke white consultants and go around the Latino communities on the ground,” he said on MSNBC on Nov. 4.

While Biden had a Latinx strategy group, the outreach conducted was largely virtual. Biden and Sen. Kamala Harris themselves did not physically visit Arizona on the campaign trail until a month before the election, for instance.

In Florida and Pennsylvania, there was indeed a strategy for targeting the Latinx vote, as the Biden and Trump Campaigns both made several trips to the biggest battleground states in the nation, appealing to the critical Cuban and Puerto Rican voters in the states.

But as Rocha explained, the immense diversity within the voting bloc should have been considered further, along with all its nuances.

‘We’re not a monolith. We even speak different kinds of Spanish all in the same state’ — Political strategist @ChuckRocha explains why the narrative around Latinx voters needs more nuance pic.twitter.com/HOYQ5C0GAS

For example, Latinos, depending on the nation they’re from, and how long they’ve resided in the U.S. will vary on political beliefs.

In terms of projecting Latinx turnout, reports also got many things wrong.

This leads to the other investment issue, not just in terms of funding, but in investing in Latinx strategists, like Rocha, as well as comms staff, and local mobilizers.

“Let’s start with calling out a problem that no one is talking about. There was NO Latino campaign manager or Sr consultants working on ANY Sen race, Gov race or top 25 house race. Ben Ray NM is an exception,” wrote Rocha

I’m going to be more than willing to help fix some of these problem. But let’s start with calling out a problem that no one is talking about. There was NO Latino campaign manager or Sr consultants working on ANY Sen race, Gov race or top 25 house race. Ben Ray NM is exception

Rep. Ben Ray Luján recently secured his New Mexico seat. A Latino himself, Rocha says he was one of the only exceptions to the disparity in investing in Latinx campaign professionals.