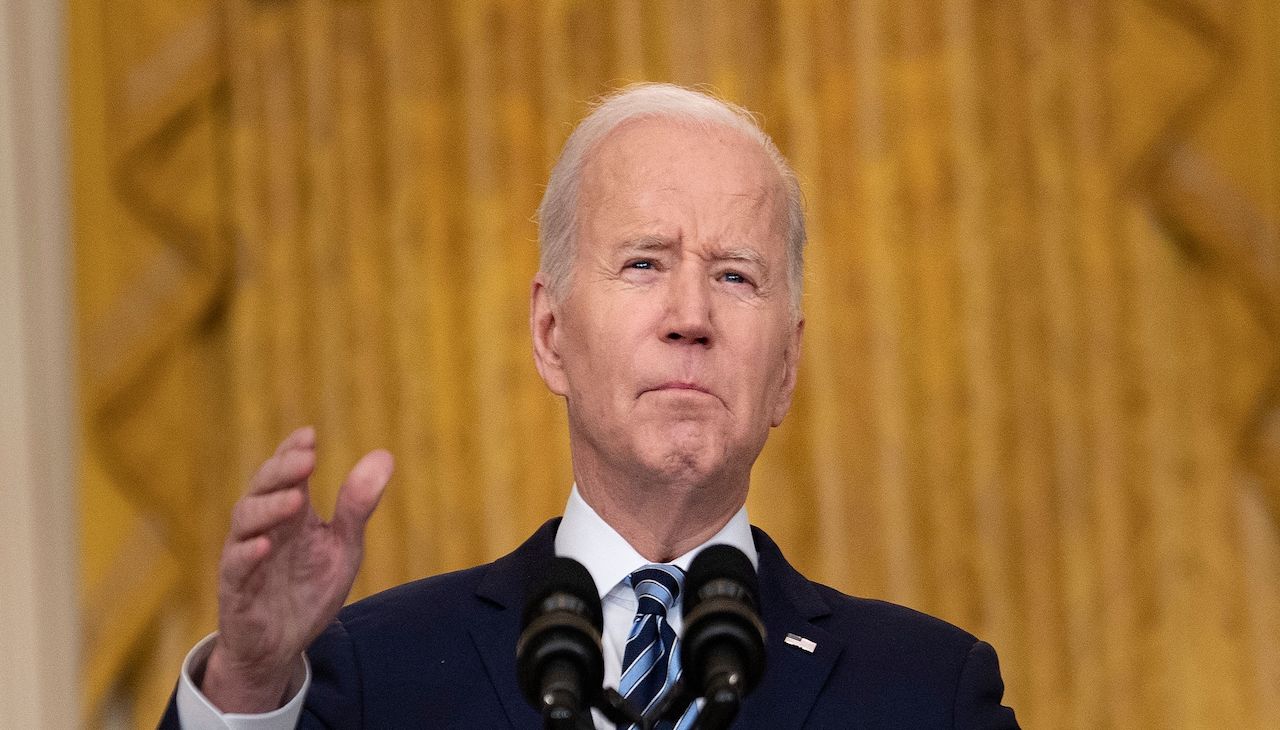 Biden levels severe sanctions, cutting off Russian banks and more from the West after Ukraine invasion

“Putin is the aggressor. Putin chose this war. And now he and his country will bear the consequences.”

Biden said that Putin’s attack was premeditated and that Russia alone will be responsible for the “death and destruction” the attack will bring.

President Joe Biden announced a new rash of economic sanctions against Russia on Thursday, hours after Russia began its invasion of Ukraine earlier that morning pic.twitter.com/4JS0VmAynC

“Putin is the aggressor. Putin chose this war. And now he and his country will bear the consequences,” he said.

Biden announced a new round of sanctions targeting Russian banks, oligarchs and high-tech sectors. The U.S. and its allies will block assets of four large Russian banks, impose export controls and sanction oligarchs.

“This will impose severe costs on the Russian economy both immediately and over time,” Biden said of the new sanctions.

The sanctions are intended to punish Putin’s actions, by going after Russia’s economy, its military capabilities and individuals closest to the president. How much they will be able to alter Putin’s decision making in the future remains unclear.

Thursday’s announcement did, however, stop short of cutting Russia off from SWIFT, the Belgian financial messaging system that links more than 11,000 financial institutions in over 200 countries and territories. When pressed on the issue, Biden said the sanctions they will implement will be worse than if Russia was cut off from the system.

Biden said that European allies were against kicking Russia off SWIFT, but insisted that the sanctions announced would be “more consequential,” and that they could always revisit that option.

"Putin is the aggressor. Putin chose this war. And now he and his country will bear the consequences," Biden says on Russia's invasion of Ukraine https://t.co/fj7fZg8xM7 pic.twitter.com/SBDmmDN15X

Moscow launched a broad attack on Ukrainian cities infrastructure as Russian troops attempted to advance towards Kyiv. Oksana Markarova, Ukrainian Ambassador to the U.S., said that at least 40 Ukrainian civilians have been killed so far.

Biden also spoke with Ukrainian President Volodymyr Zelenskyy and updated him on the steps that the U.S. and its allies were taking to “rally international condemnation.”

“He asked me to call on the leaders of the world to speak out clearly against President Putin’s flagrant aggression, and to stand with the people of Ukraine,” Biden said.

Biden agrees with reporter that “there is a complete rupture” in US-Russian relations.

Before he spoke at the afternoon conference, he consulted with leaders from the G7 industrialized nations — made up of the U.S., the U.K., France, Germany, Italy, Japan and Canada — about the sanctions, hoping to coordinate a response that projects unity among Western Allies.

In a joint statement following the virtual meeting, the leaders of the G7 said Putin has "re-introduced war to the European continent."