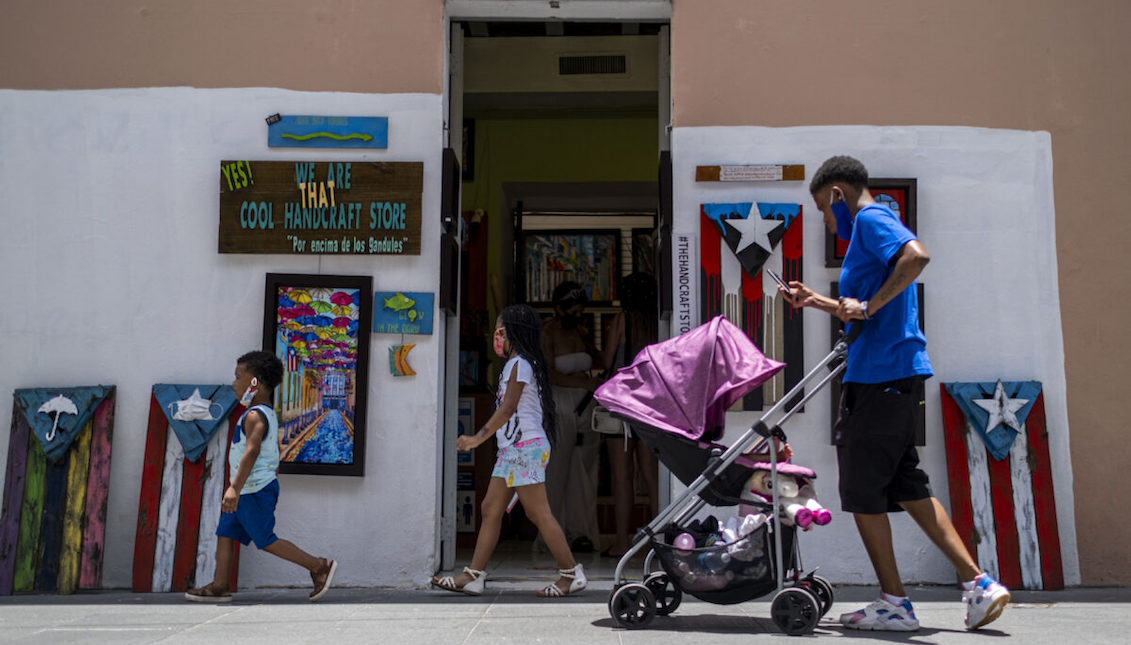 With a low turnout, Puerto Rico has a new governor and a proposal for the U.S. Congress. File photo: Ricardo Arduengo/AFP/Getty.

Elections in Puerto Rico: The Island Remains Tethered to Conservatism and Statehood

With Pedro Pierluisi's victory and support for the island's formal incorporation into the United States, Puerto Rico appears to be stagnating.

Something is happening in Puerto Rico. After years of political scandals, natural disasters, and the Trump administration's negligence, the people seem to be caught between a resilient conservatism and the controversy over their federal status.

According to ABC, Pedro Pierluisi, the candidate of Puerto Rico's pro-statehood New Progressive Party, won a majority of the votes to become the U.S. territory's governor on Saturday.

Pierluisi received almost 33% of the votes, compared to nearly 32% for Carlos Delgado, the Popular Democratic Party candidate, who supports the territorial status.

Pierluisi made himself known outside the island by briefly taking over the governorship in August 2019, when he succeeded Ricardo Roselló, a governor who fell from grace after his private chats with other officials were made public.

As had happened in previous elections, the vote count was hampered by unusual delays that, this time, were attributed to a record of early and absentee votes that overwhelmed the system.

Nevertheless, this is the first time that the two main parties in Puerto Rico have failed to reach 40% of the vote.

Similarly, the island's voters participated in the non-binding referendum on its statehood, which asked: "Should Puerto Rico be admitted immediately to the union as a state?" Over 52% of voters said yes.

However, the decision to incorporate the island into the union depends exclusively on the U.S. Congress.

What is most striking about the Puerto Rican election, besides the election of Pierluisi after a social revolution that seemed to want to change everything, was the low participation rate (50%), which appears to be evidence of popular discontent with the entrenched bipartisanship.

According to Jorge Lefevre Tavárez, a member of Democracia Socialista and Movimiento Victoria Ciudadana, when adding up the votes received by the Puerto Rican Independence Party (PIP) and the Worker's People's Party (PPT), 28% of the total votes went to anti-neoliberal and pro-decolonization movements.

For the columnist and editor, these numbers mean "a rising lack of legitimacy for the Puerto Rican government," considering that Ricardo Rosselló won the 2016 elections with only 41% of the vote.

Add to that the fact that the New Progressive Party (PNP) does not control either chamber of Congress and that the Popular Democratic Party (PPD) has a simple majority in the Senate (by only one vote), and you get virtually ungovernable traditional institutions.

In other words, the political instability in Puerto Rico seems unwilling to go away any time soon.