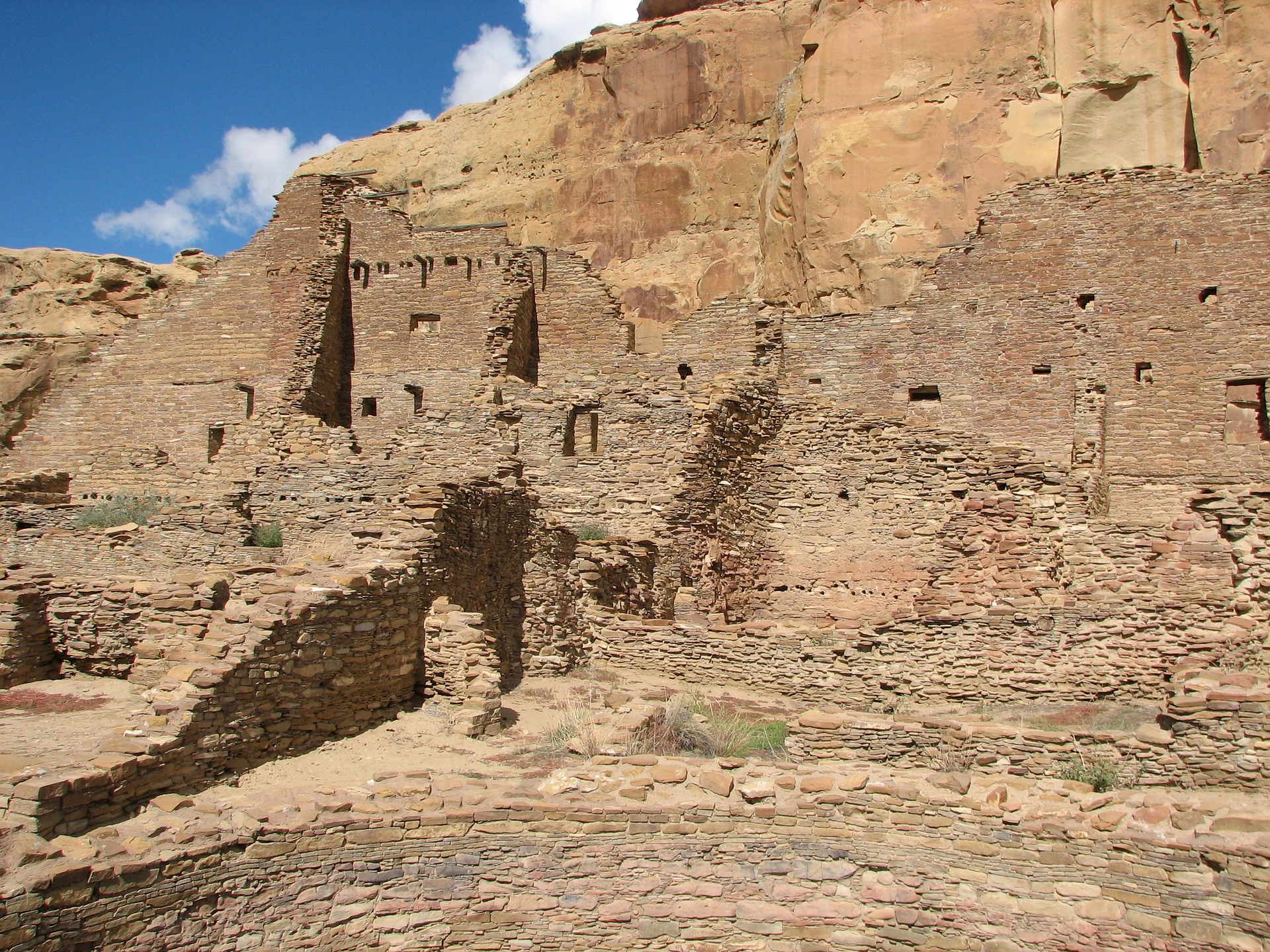 Chaco Canyon, New Mexico is the site of one of the most impressive feats of Native American architecture. Photo: Pixabay.

Chaco Canyon is one of the most culturally significant Native American sites in the U.S.

Between 1200 and 1000 years ago, the desert mesas of present-day Northwest New Mexico were home to one of the Americas’ most advanced early civilizations in the Pueblo Native Americans.

Today, their legacy remains thanks to the survival of a number of sacred sites and unique, multi-story homes made from adobe that became distinct across all of the Desert Southwest.

In Northwest New Mexico, these sites are contained within a 30,000-acre park known as Chaco Canyon Park, which was established in 1907 by President Theodore Roosevelt.

About 10 years ago, Pueblo and other local tribal leaders in the area began to express concerns to the then-Obama administration about the encroachment of oil and gas drilling on the park.

There have been some short-term drilling bans enacted by Congress around the park in response to concerns, but nothing long-term or permanent. It’s left the door open to the possibility of drilling if desired.

That is, until Nov. 15, 2021, as President Joe Biden enacted a new executive order that would create a new, 10-mile radius on drilling around the park.

The announcement came during the first White House Tribal Summit since 2016, where Biden also directed the DHS and DOJ to strategize a tribal-centered law enforcement approach to tackling the country’s missing and murdered Indigenous women crisis.

For Secretary of the Interior Deb Haaland, who spoke at the summit, the protection of Chaco Canyon represents a cultural focal point for tribes in the Desert Southwest, and a necessary history to pass down to generations of Americans.

“Now is the time to consider more enduring protections for the living landscape that is Chaco, so that we can pass on this rich cultural legacy to future generations. I value and appreciate the many tribal leaders, elected officials and stakeholders who have persisted in their work to conserve this special area,” said Haaland.

In ordering a 10-mile protection barrier around Chaco, the Biden administration has also likely brought the ire of New Mexico’s oil and gas industry down on its head amid a time of increased oil and gas prices.

When arguing opposition to the executive order, Robert McIntyre, a spokesman for the New Mexico Oil & Gas Association, told the New York Times that there were no future plans from companies to develop in the park. He also spoke out against how the radius was determined.

“There doesn’t appear to be a scientific or environmental rationale for that 10-mile radius,” he said.

The opposition likely means potential court challenges on the horizon, but for now, the sacred sites of Northwest New Mexico are safe.