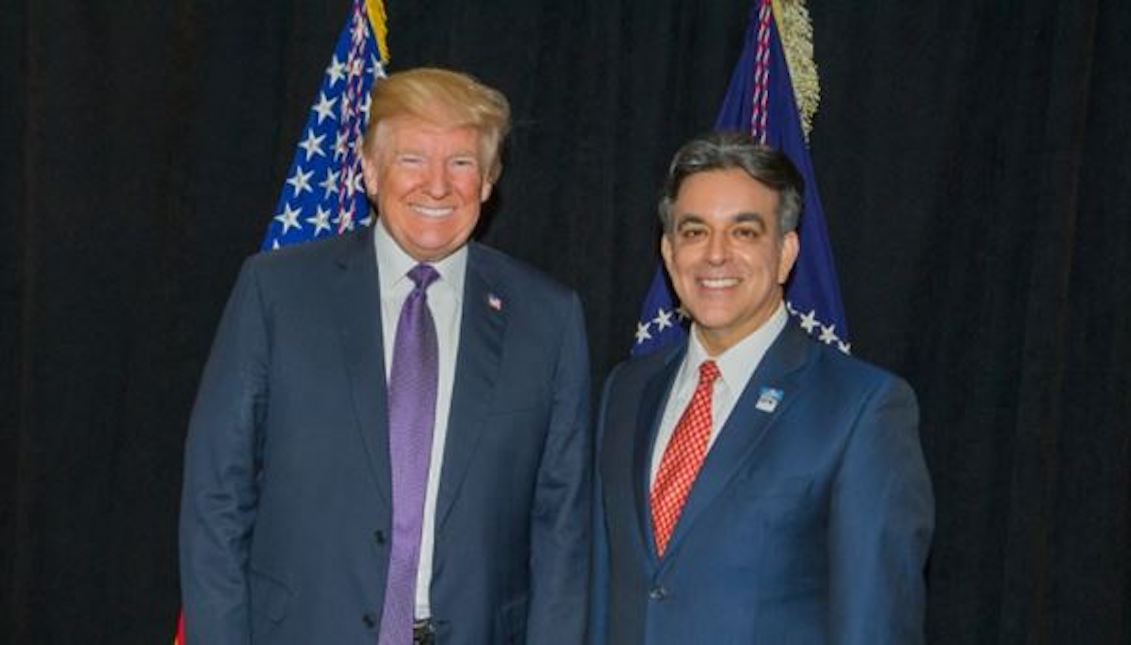 President Trump poses with Héctor V. Barreto, director of The Latino Coalition, at his Legislative Summit on March 7. Source: https://www.thelatinocoalition.com

The Trump meeting with Latino leaders that you missed

As long as they’re from the right, businessmen and supportive, Trump won’t mind they’re Latinos.

Just a week ago, President Trump attended the Latino Coalition Legislative Summit; an event that had little echo in social media, and that was promoted by the White House itself.

Despite his constant anti-Latino and anti-immigration rhetoric, President Trump willingly agreed to speak before the Latino Coalition (TLC), a group of Hispanic businessmen who "work on policy change relevant to the Latino Population”.

As USA Today explained, TLC "is a non-profit organization out of Southern California, with satellite offices in Washington and Mexico." But what few know is that this organization is headed by a former George Bush official, Héctor Barreto, and his political leanings have always been "more to the Right than others like the Hispanic Chamber of Commerce and many of the Hispanic Chambers at the local and state levels," as Ángelo Falcón, of the National Institute of Latino Policy, explains.

The organization proposes that its agenda is “to develop initiatives and partnerships that will foster economic equivalency and enhance overall business, economic and social development of Latinos”.

Considering that Hispanics and Latinos are the largest minority population in the country today, it is not surprising that when businessmen are involved, Trump shows his best side.

These were the most important comments of the President before the organization:

Anyone who has not closely followed the development of this Administration could be in total agreement and even support the version of the president who spoke to the TLC.

While his sensitivity towards those who share his visions of economic empowerment is usually more empathetic, there is no doubt that behind each word was a nod to the fear of losing a Republican majority in the judicial bodies this November, using his best "divide and conquer" campaign, targeting the right-wing Hispanic community that could increase his popularity.

But if there is something good to be learned from this speech, it is that the president finally acknowledged that the strength of the Latino population in the United States is unstoppable.