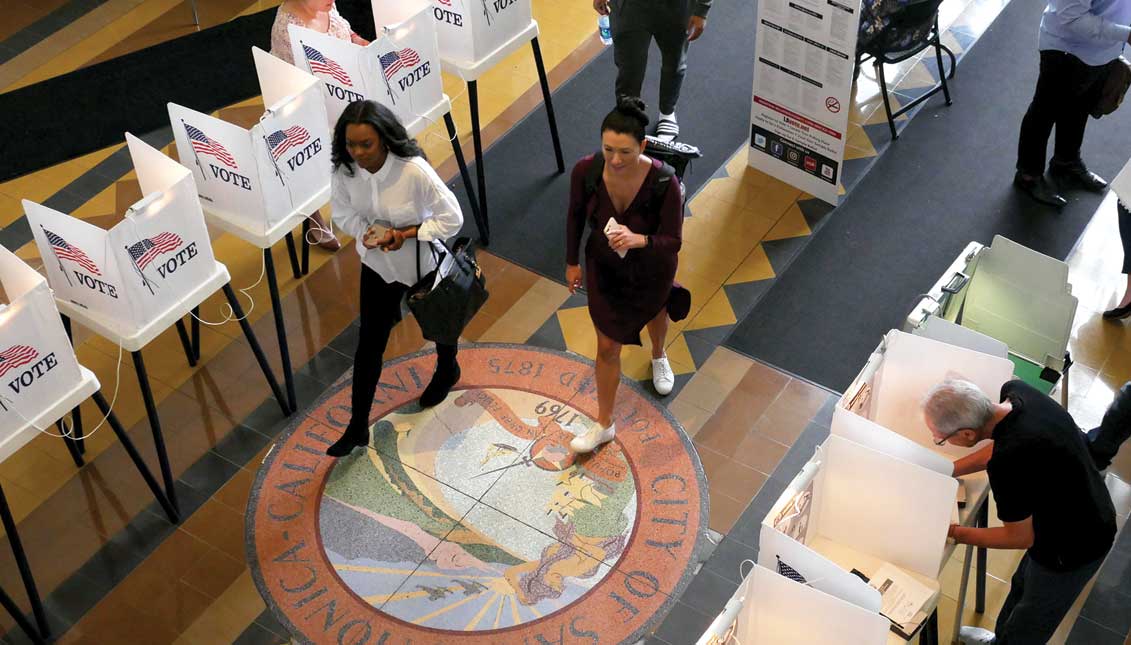 Primaries in California, a premonition?

The results of the primary elections in California are a sample of the current reality of U.S. politics. Between flocks of Democrats on the ballot and…

This note appeared in the print edition of AL DÍA, on Wednesday, June 13, 2018

In Donald Trump’s America, the battle to muzzle a flawed government is the most urgent priority for Democrats; for Republicans, it's the desperation that comes with trying to keep closed ranks.

Since the start of the primary elections, the blue party has considerably caught up with an especially favorable contest for female candidates, but it’s specifically the desperation over new ground that has turned many candidates to overfill the ballots, something that the Republican “impenetrability” tries to use in its favor.

The primary elections in California, however, were deeply revealing for those who dare to anticipate a possible result in the final elections in November.

With a particular electoral system - where the two most voted candidates are those who reach the final race, regardless of their party - the deeply Democratic state, and one of the fundamental pillars for the resistance against Trump, didn’t turn out as expected.

“Democrats picked their slate of congressional candidates in California on Tuesday from an enormous pack of contenders, in some cases resolving chaotic primaries by the narrowest of margins,” explains the New York Times. "And for all the energy on the left, Democrats appear to have largely settled on a mainstream set of candidates to contest key Republican-held House seats.”

The population seems to have leaned more towards the safe path than the risk of new, more liberal contenders and a less solid campaign structure, in what the Times calls "putting tactics above ideology."

The majority of the candidates elected to the House, for example, turned out to be characters strongly positioned in the Democratic "mainstream," as was the case with T.J. Cox in District 21 or Josh Hardner in the 10th.

In other cases, such as Gil Cisneros in 39 or Katie Hill in 25, even the most liberal candidates had the support of the national Democratic machinery, as well as the support of leading figures inside the party, which refocused them, one way or another, on the more "balanced" range of the blue ideology.

And it is this structured inference in politics that could put at risk the so-called "Blue Wave" in November.

As the Center for Policy of the University of Virginia told CNN: "The intricacies of the top-two format explain why the Democratic Congressional Campaign Committee (DCCC) and its allies have had to dump several million dollars (so far) into three Republican-held Southern California seats (...) before the primary because the Democrats are worried about not advancing candidates to the general election in one or more of those districts."

So far, the play has paid off. Of 53 districts in California, Democrats were elected to all, while Republicans failed to position themselves in 10 of them, which implies, as CNN continues, that "in all seven Republican-held California seats that Hillary Clinton won in the 2016 elections, Democrats will have a candidate."

Can we say then that the Blue Wave is a reality?

It is never wise to count our chickens before they hatch. If Democrats want to regain control over the legislative bodies, they should solidify the ideologies with a strategy that doesn’t leave flanks open due to internal discrepancies.

Likewise, the macro-political incidence of organizations such as the DCCC has worked on the aggressiveness of the first contest; it is perhaps time to move on to the defense of the territory we’ve already won.