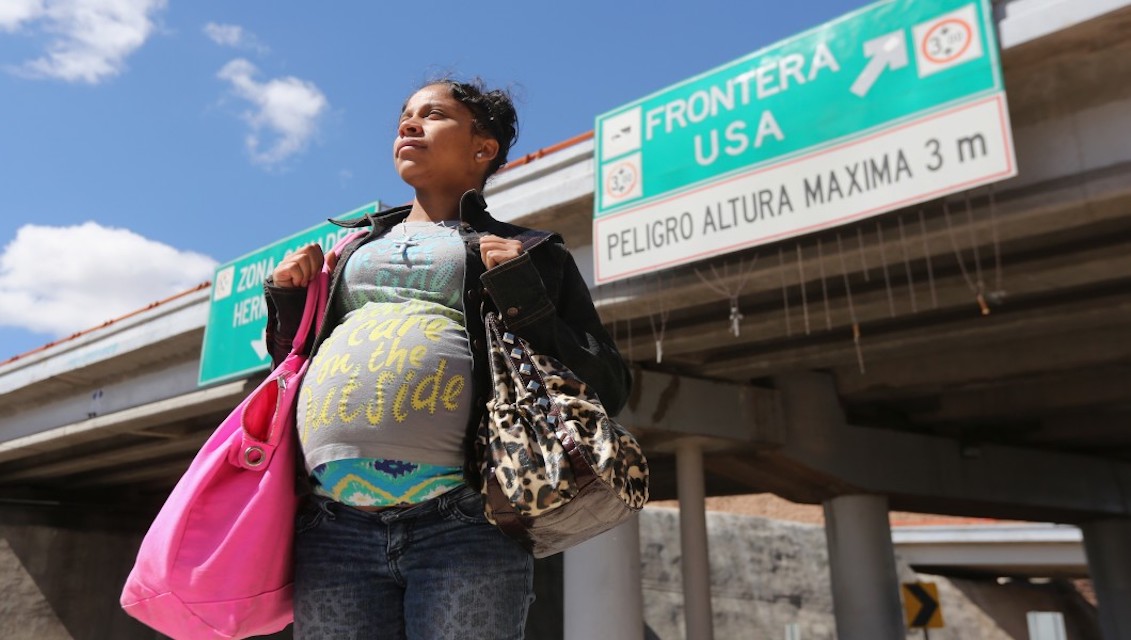 ICE has announced that it will eliminate the policies of a presumed release of pregnant immigrant women. (Photo by John Moore / Getty Images)

Immigration and Customs Enforcement has announced that it is implementing new measures to increase the detention of pregnant undocumented women.

Immigration and Customs Enforcement (ICE) has further closed its positions of obedience to the Trump Administration by announcing that a new detention policy regarding pregnant women will be put in place.

In an email sent directly to Talking Points Memo, the agency said that "to better align the President’s Executive Order, ICE has ended to the presumption of release for all pregnant detainees."

Through its spokesperson, Danielle Bennet, ICE informed the media that the agency “will complete a case-by-case custody determination taking any special factors into account.”

This will imply, in Bennet's words, that "pregnant aliens would be detained if their detention is necessary to effectuate removal or if they are deemed a flight risk or danger to the community."

According to CNN, this change in detention policy "could pave the way for more pregnant women to be held in detention facilities while they await lengthy judicial proceedings about whether they can stay in the US, facilities that are already decried by critics for tough conditions".

Since 2011, ICE had allowed the release of pregnant women from detention centers, the Huffington Post recalls and provided some exemptions for security threats.

However, the agency has assured that "it will not detain pregnant women during their third trimester", and the deputy executive associate director of the agency, Philip Miller, explained to the reporters on Thursday that "many pregnant women encountered by immigration enforcement are already subject to mandatory detention by law, particularly if they were apprehended at the border and are not deemed eligible to move forward with any claims for relief. "

In the face of possible accusations of "abuse of human rights," and as reported by Think Progress, an ICE official shared an appending of FAQ claiming that "the agency exercises its civil detention authority consistent with the law, and all detainees receive necessary and appropriate health services, food, and care. ICE detention facilities will continue to provide onsite prenatal care and education, as well as remote access to specialists for pregnant women who remain in custody."

But there are an important variety of records that dispute these claims.

In July of 2017, KUOW.org shared the story of Jacinta Morales, a pregnant immigrant who suffered an abortion and whose medical care aggravated her circumstance, a case that "raised questions about ICE’s policy concerning pregnant and nursing mothers.”

For cases such as Jacinta's, and as the Huffington Post continues, "several human rights organizations filed a complaint with the Department of Homeland Security in September on behalf of pregnant women detained by ICE."

The document explains that "(the organizations) are gravely concerned with the agency’s failure to abide by its own policy against detaining pregnant women, the detention conditions that have been reported by pregnant women in various detention facilities across the country and the lack of quality medical care provided to women who are pregnant or have suffered miscarriages while in custody."

However, between October 2016 and September 2017, "a total of 525 pregnant detainees were taken into ICE custody," explained the Los Angeles Times. And two months later, some members of Congress joined the cause, requesting the Government Accountability Office to investigate the circumstances.

32 congressmen - mostly of Latino origin - wrote to Comptroller Gene Dodaro that "organizations including the American Civil Liberties Union (ACLU) have highlighted several inhumane practices in prisons that pose serious threats to the health and safety of incarcerated women and their babies".