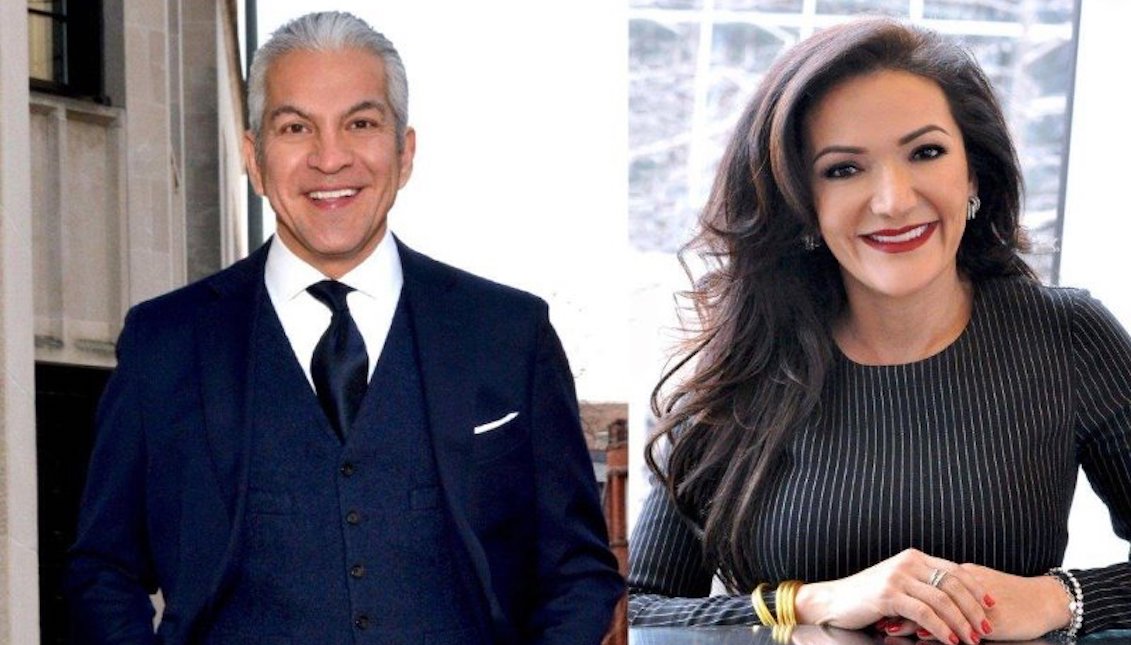 Javier Palomarez and Nina Vaca have been the main characters of one of the most shameful episodes for the U.S. Hispanic Chamber of Commerce.

After having to resign his position in one of the most prominent Latino organizations in the country, Javier Palomarez has filed a lawsuit against his accuser,…

At the beginning of the year, the U.S. Hispanic Chamber of Commerce (USHCC) was caught in a tailspin by the #MeToo movement when its executive director, Javier Palomarez, had to resign over charges of corruption and sexual harassment.

As the New York Times reported then, his former staff director Gissel Gazek Nicholas accused Palomarez of having tried to kiss her without consent. Added to this, the board of the chamber initiated an investigation for alleged misappropriation of funds against him, following the public denunciation against him made by Nina Vaca, the former director of the board.

After the chamber determined that "the payment of wages was appropriate" and that it would not pursue the case against Palomarez, the former director argued that the accusations were the result of "a deteriorated love affair" between him and Vaca, who is the current CEO the Pinnacle Group of Dallas.

"About two years ago, I broke off the relationship," Palomarez told D CEO Magazine. "I said 'I love you dearly and I have all the respect for you in the world for you, but I'm not marrying you and I’m not going to leave my wife.’ Nina wouldn’t have it. One argument led to another to another to another.”

At the time, Vaca's legal defense denied the count of Palomarez saying that it was "a mischaracterization" of their friendship and that the former CEO "tried to deflect attention and get retribution against Nina for raising the original financial concerns.”

5 tips to grow your business this holiday season
November 22nd, 2022
The 9 Latinos who made history in the midterm elections
November 14th, 2022
George Paz, the first Latino CEO of Express Scripts, dies at 67
November 7th, 2022

However, the tirade is not over yet, and Palomarez filed a sexual harassment lawsuit against Vaca on Friday, July 13, at with the help of his legal representation, Pinkerton Law Firm, in Harris County, Houston, Texas.

According to the information release to which AL DÍA had access, "the case is about the rare occurrence of sexual harassment and retaliation by a woman who is accused of being the harasser - in this case, Nina Vaca," described as "a powerful and influential individual who was Mr. Palomarez’s boss and lover."

The Palomarez communications team assured that on Tuesday the demand would be made public through a press conference in which members of the law firm will describe the "vengeful" positions of Vaca against their client after having “initiated a plan to destroy Javier Palomarez professionally and publicly as retaliation for his decision to end their affair.”

The lawsuit filed by Palomarez will try to clear his name publicly, accusing Vaca of being a "sexual harasser" who "orchestrated her subordinate’s termination (Palomarez) from the Board of Directors of the USHCC Foundation" based on financial allegations and overlooking the intimate nature of the relationship between both.

The document has details of the relationship as well as testimonies from people close to them.

For its part, the legal defense of Nina Vaca has stated that "we will respond to these claims through the judicial system," arguing "this lawsuit has mischaracterized and manipulated the facts regarding the removal of Mr. Palomarez from his leadership role with the Chamber, and the nature of his relationship with Ms. Vaca. Mr. Palomarez is clearly seeking revenge and retribution, with little regard for the truth. It should be emphasized that it was the improper and unethical actions of Mr. Palomarez that directly led to his firing by the Chamber’s Board of Directors," as her lawyer Charla Aldous said.