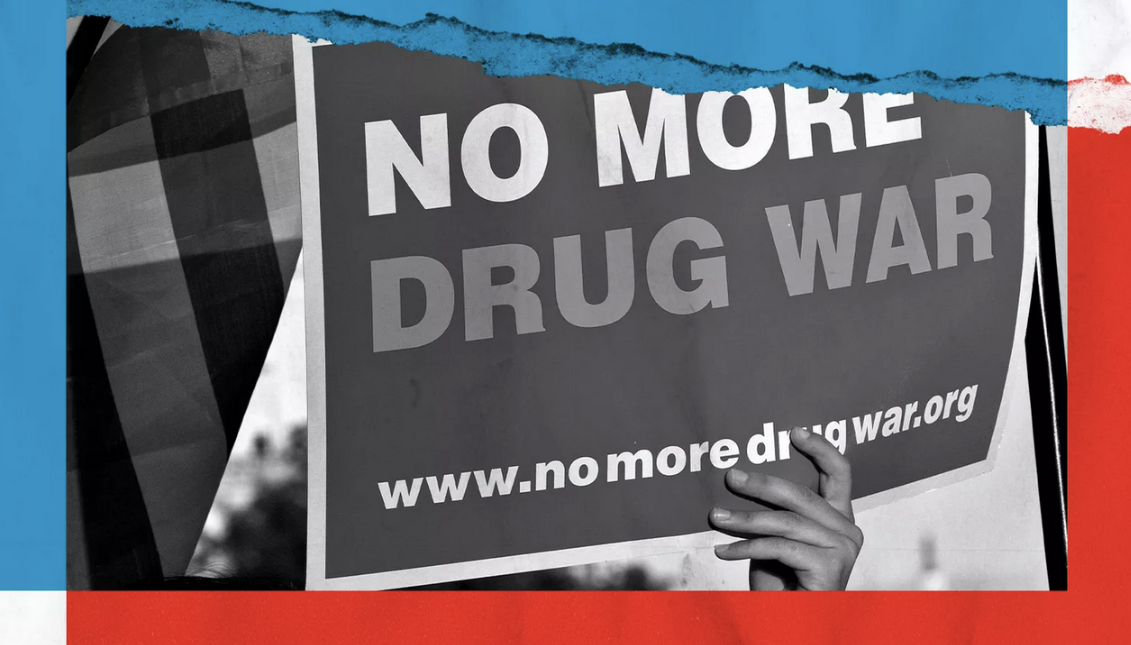 The ballot measure passed in November 2020 is one step in the nationwide battle against mass incarceration.

Oregon has become the first state to officially decriminalize the possession and personal use of all drugs. Voters approved Measure 110 in November, but it officially went into effect Monday, Feb. 1.

The measure also expands access to addiction assistance and other health services, offering aid to those suffering instead of arresting and jailing people for use and possession.

ICYMI: Starting today, people will no longer be arrested and jailed for possession of small amounts of drugs, thanks to all of you who voted overwhelmingly for Measure 110! #orleg #orpol https://t.co/rkDRQwmhws

Possession of drugs such as heroin, cocaine and methamphetamine will no longer be punishable by jail time, but instead amount to something similar to a traffic ticket.

“Today, the first domino of our cruel and inhumane war on drugs has fallen, setting off what we expect to be a cascade of other efforts centering health over decriminalization,” she said. “This law is meant to protect people against persecution, harassment and criminalization at the hands of the state for using drugs and instead given access to the support they need.”

Police in Oregon can no longer arrest anyone for possession of small amounts of heroin, methamphetamine, oxycodone, LSD and other drugs, but possession of larger amounts could result in a misdemeanor charge.

Instead, if a person is found in possession of small amounts of drugs, they will face a fine of $100 or undergo a health assessment that may lead to addiction counseling. The new law is revolutionary for the U.S, where the criminalization of drugs has led to mass incarceration, particularly impacting people of color.

According to a 2016 report conducted by the ACLU, someone is funneled into the criminal justice system due to drug possession every 25 seconds.

More people in the U.S are arrested for simple drug possession than any other crime, and there are long-term consequences, like exclusion from jobs, welfare, public housing and voting that can haunt a person for a lifetime.

Supporters of Measure 110 agreed that criminalization for drug possession simply isn’t working, and that treatment needs to be the priority.

Under the new system, centers for addiction recovery will be in charge of “triaging the acute needs of people who use drugs and assessing and addressing any on-going needs through intensive case management and linkage to care and services.”

These centers will be funded by millions of dollars in tax revenue from the states’ legalized marijuana industry.

State Sen. Floyd Prozanski, chair of the Senate Committee On Judiciary and Ballot Measure 110 Implementation, believes that Oregon’s cannabis tax revenue will greatly increase if recreational marijuana is legalized across every state, and anticipates that this will happen within four years.

Through this new law, about 3,700 fewer Oregon residents per year will be convicted of felony or misdemeanor possession of controlled substances, according to estimates by the Oregon Criminal Justice Commission. It will also likely result in considerable reductions in racial and ethnic disparities in convictions and arrests, the state commission said.

While this approach is very new in the United States, several countries, including the Netherlands, Switzerland, and Portugal, have already implemented similar measures to decriminalize possession of drugs in small amounts.

A very common argument in the states against these kinds of initiatives is that drug use will become more normalized, leading to more problems. But Portugal’s 2000 decriminalization brought no surge in drug use, deaths from drug use fell, and the number of people treated for recovery rose 20% from 2001 to 2008, then stabilized, according to Portuguese officials.

Oregon has long been a pioneer for groundbreaking drug laws, as they were the first state to decriminalize marijuana possession in 1973.

Hopefully, this decision will set the stage for the U.S. to adopt more forms of harm reduction to save lives and provide pathways to freedom and health for those who need it.