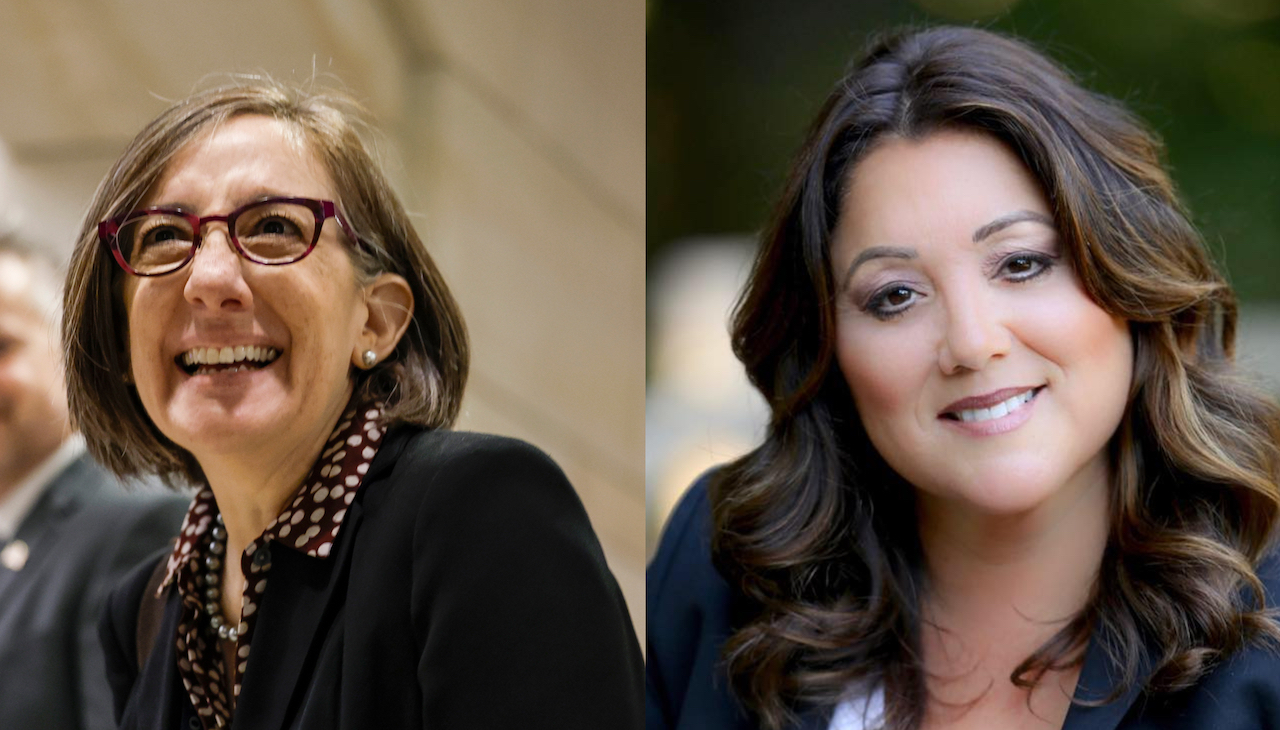 Oregon could send two Latinas to Congress for history

Republican Lori Chávez-DeRemer and Democrat Andrea Salinas are poised to win in their districts, an Oregon first.

The 2022 midterm election cycle had the nation laser-focused on key battleground races in Nevada, Pennsylvania, Georgia, and Arizona.

But little attention was on two Oregon races for the state’s fifth and sixth Congressional districts, where two Latinas ran on opposite sides of the political aisle.

In district six, Republican candidate Lori Chávez-DeRemer bested Jamie McLeod-Skinner, a Democrat who ran a progressive campaign. Chávez-DeRemer was projected to be the winner last week, per the AP.

McLeod-Skinner’s loss was considered a blow to Democrats as fierce competition for control of the House unfolded.

For much of their campaigns, McLeod-Skinner and Chávez-DeRemer were locked in a tight race with little breathing room in the polls. But as election day neared, Chávez-DeRemer pulled ahead with just enough momentum.

The University of Virginia Center for Politics, a nonpartisan group, changed the race status from “toss-up” to “leans Republican” two weeks from Nov. 8, a telling premonition for McLeod-Skinner.

On the economy, Chávez-DeRemer talked about inflation as an issue borne of U.S. Democratic policy, though economic experts have repeatedly maintained that rising costs are a global phenomenon and a result of several industry disruptions during the pandemic.

“People are tired of the economy and paying six dollars for gas, and they want a proven track record,” Chávez-Deremer told Fox & Friends a day before the general election.

Ultimately, Chávez-DeRemer’s platform swayed voters to her bid. She won the House District 5 seat by a 51.1% - 48.9% margin.

In Oregon’s sixth district, Salinas competes in a decisive race as the last remaining seat in the state, a key race for the Democratic Party, which has exceeded performance expectations this year in what was predicted to be a red wave.

In 2021, Salinas led the party’s effort during the redistricting process, prompting early forecasts for a Democratically friendly seat.

And while both candidate’s campaign coffers closely matched, outside partisan groups poured millions into the race, according to The Oregonian.

Erickson honed in on Salinas’s “soft-on-crime” stance, tackling her support for past criminal justice reform, and attributed a homeless encampment in Portland to her, despite the fact that Portland was outside her legislative purview.

Salinas countered with an ad donning Erickson as a hypocrite, stemming from a 2016 arrest for drunk driving. Erickson sued upon learning of the ad in October.

On abortion, Erickson echoed the U.S. Supreme Court’s decision to leave abortion up to the states and said he would support exceptions in cases of rape, incest, and if the mother’s life is in danger.

Erickson told the AP he would not support a nationwide abortion ban.

Salinas, in turn, was lauded a “reproductive rights champion” by EMILY’s List, a group dedicated to furthering Latina political bids.

“Salinas helped Oregon pass the strongest reproductive rights law in the country, ensuring that Oregonians can access the full suite of reproductive health care, regardless of race, ethnicity, documentation status, or zip code,” a statement read.

Though the race is yet to be called, Salinas leads over Erickson in a 49.8% - 47.9% margin and is poised to become the state’s second Latina elected to Congress after Chávez-DeRemer.