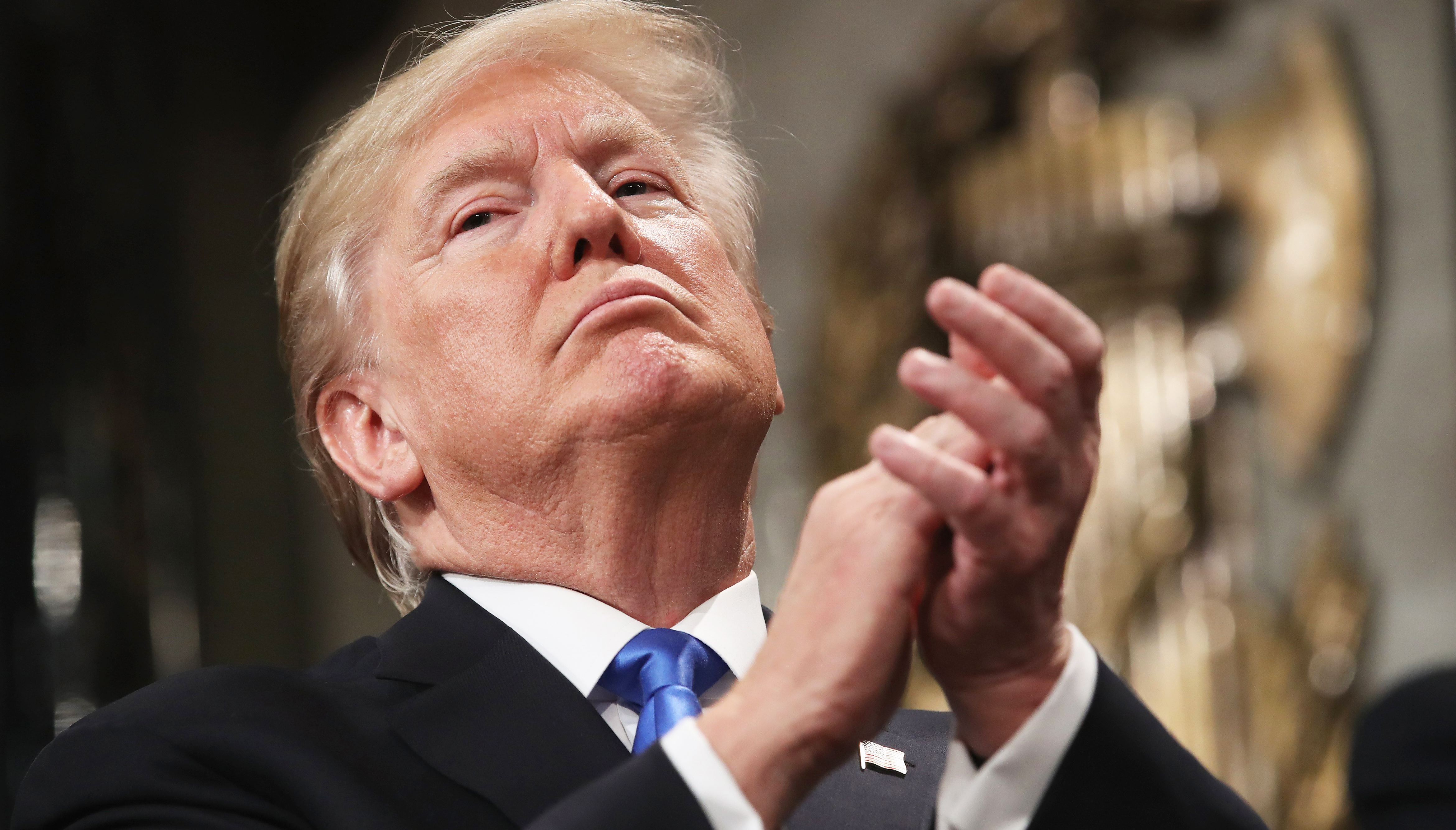 US President Donald Trump (c) says goodbye after delivering his speech, Tuesday, January 30, 2018, on the State of the Union, en Washington. EFE

Last night Donald Trump delivered his first State of the Union address to the nation, and because I have a Monday deadline for my column, I missed it. Which is…

Yes, the truth is I am sure I did not miss much. After all, no matter what he said, how can anybody take seriously the words of a man who, according to the Washington Post, had lied 2,000 times until January 10? No wonder he has been crowned as “liar-in-chief.”

And no, I don’t have a crystal ball and cannot know what is the exact message Stephen Miller, Trump’s weird neo-Nazi speechwriter, crafted for his boss to read from a teleprompter. But I dare predict with absolute certainty that his words had little to do with reality and, as such, his speech only marginally –if at all- touched on the truth.

As was to be expected, since Friday the White House had been trying to make believe that Trump’s address would not be, well, what the whole nation has come to expect from the lying, ignorant and morally bankrupt former reality TV actor.

It will strike a bipartisan tone, they said, and its theme will be “building a safe, strong and proud America,” whatever that means. The speech, they added, will focus on the economy, national security and, of course, immigration.

Despite the White House’s upbeat tone, Trump addressed the nation just a week after the government shutdown and with a tug of war going on in Congress over funding Trump’s pet project, the absurd border wall, at the tune of $20 billion. To ensure its approval, Trump is cynically using as the Dreamers as hostages. Add to this an investigation of obstruction of justice and possible collusion with Russia that is rapidly encroaching on the president himself as well as his minions. Nothing to be proud of, if you ask me.

Something else I had no doubt about while writing this column on Monday was that nothing he said yesterday could have made the nation believe Trump, whose laughable approval rates make him the president with the lowest numbers in history.

How to believe this man who has had no qualms abandoning hurricane-ravaged Puerto Rico, disrespecting women, offending Native Americans, insulting African Americans, demonizing Muslims, diminishing the country’s international standing and viciously lying about Mexicans and other immigrants?

Who can believe a man so bigoted that a few weeks ago is said to have asked “Why are we having all these people from shithole countries come here?” referring to Africa, Haiti an El Salvador. As reported by the New York Times, back in June he had also displayed his offensive ignorance by saying that people from Haiti “all have AIDS,” and that immigrants from Nigeria would never “go back to their huts” after coming to this country.

Who can trust President Trump –yes, unbelievable as it may sound, he is the president-- when he had promised to focus immigration enforcement on criminals but instead ordered the ICE attack dogs to go after hard working immigrants, tearing families apart and turning the nation into a merciless police state?

Certainly not me. And neither should you.