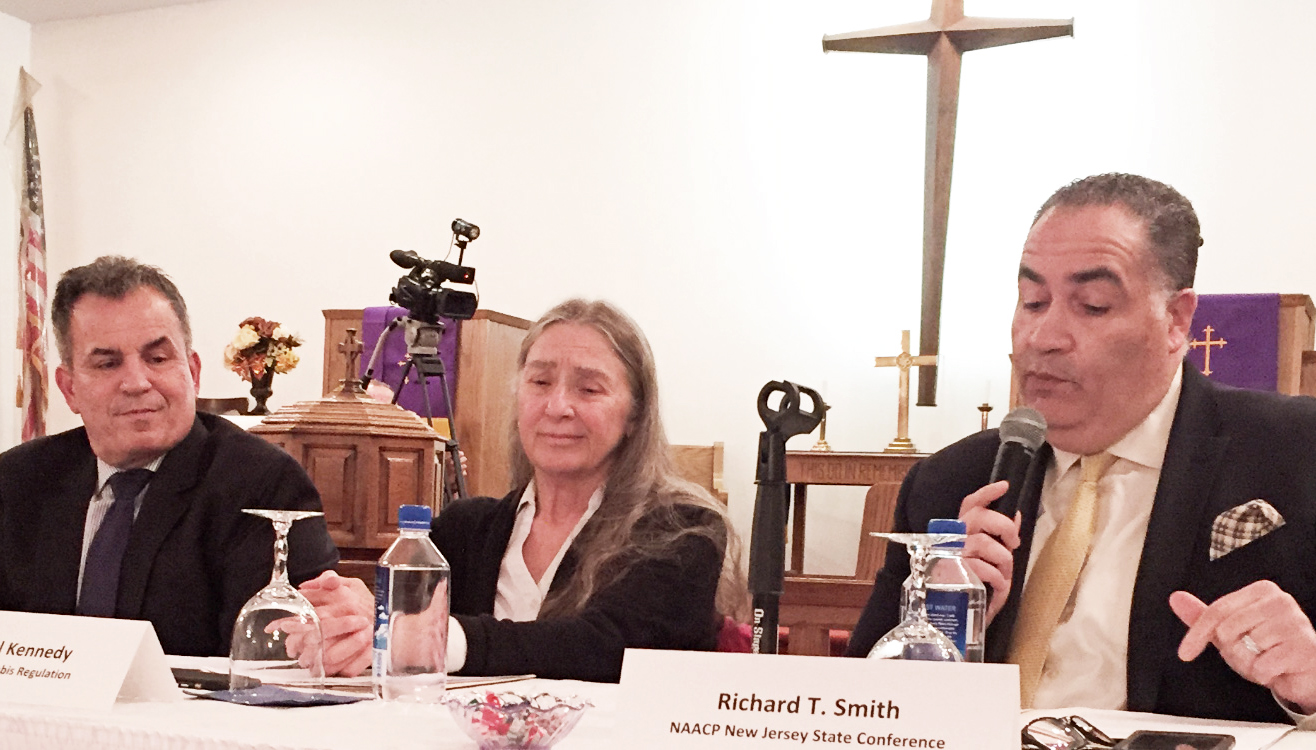 Pontifications on pot must end.

During an interesting public forum last week a county prosecutor, a prison warden and two pastors took positions on pot that were in pronounced opposition to the traditional postures of persons holding those positions.

Law enforcers and clergy normally back pot prohibition regardless of its long documented racist and damaging impacts.

The prosecutor and warden, for example, both backed full legalization of marijuana while each opposed decriminalization of that substance.

Decriminalization is a measure taken by the City of Philadelphia and other jurisdictions to mitigate damages from present pot prohibition like criminal records from arrests.

Fiore and Smith, who is also the president of the NAACP New Jersey State Conference, were panelists at that forum held in an unusual place: a church in Woodbury, NJ, a town 12-miles south of Philadelphia.

Historically churches, particularly black churches, have been silent about or complicit with the Drug War that has ravished communities of color through racist enforcement practices.

In 2010 many black ministers in California railed against pot legalization efforts in that state, even bashing California’s NAACP head who supported legalization as a civil rights issue due to decades of racist enforcement that condemned blacks and Latinos to lifetimes of deprivations from criminal records.

Rev. Charles Boyer, a forum panelists and pastor of the Bethel AME Church that hosted that forum, said while he is not a proponent of pot smoking he is an opponent of mass incarceration arising from America’s Drug War. Boyer said his position on the Drug War arises in part from the work of the AME religion founder, Richard Allen, a Philadelphia black leader during the late 1700s and early 1800s.

“Richard Allen was an abolitionist against slavery. Modern day slavery is mass incarceration and the Drug War,” Boyer said.

Boyer, Smith and other panelists, that included a representative of the Drug Policy Alliance, stated legalization of marijuana in New Jersey must provisions not normally included in such laws.

Those provisions include erasure of records for possession arrests, measures for equitable inclusion of minorities in business opportunities arising from legalization, restrictions against monopolization by big Pharma, tobacco and alcohol plus reparations for communities adversely impacted by the Drug War.

Lawmakers in NJ and Pennsylvania should adopt the provisions outlined at that Woodbury forum.

Marijuana is a new and emerging industry, said Loretta Winters, president of the Gloucester NAACP and forum facilitator. “Since the train is coming we should all have a seat on that train.”