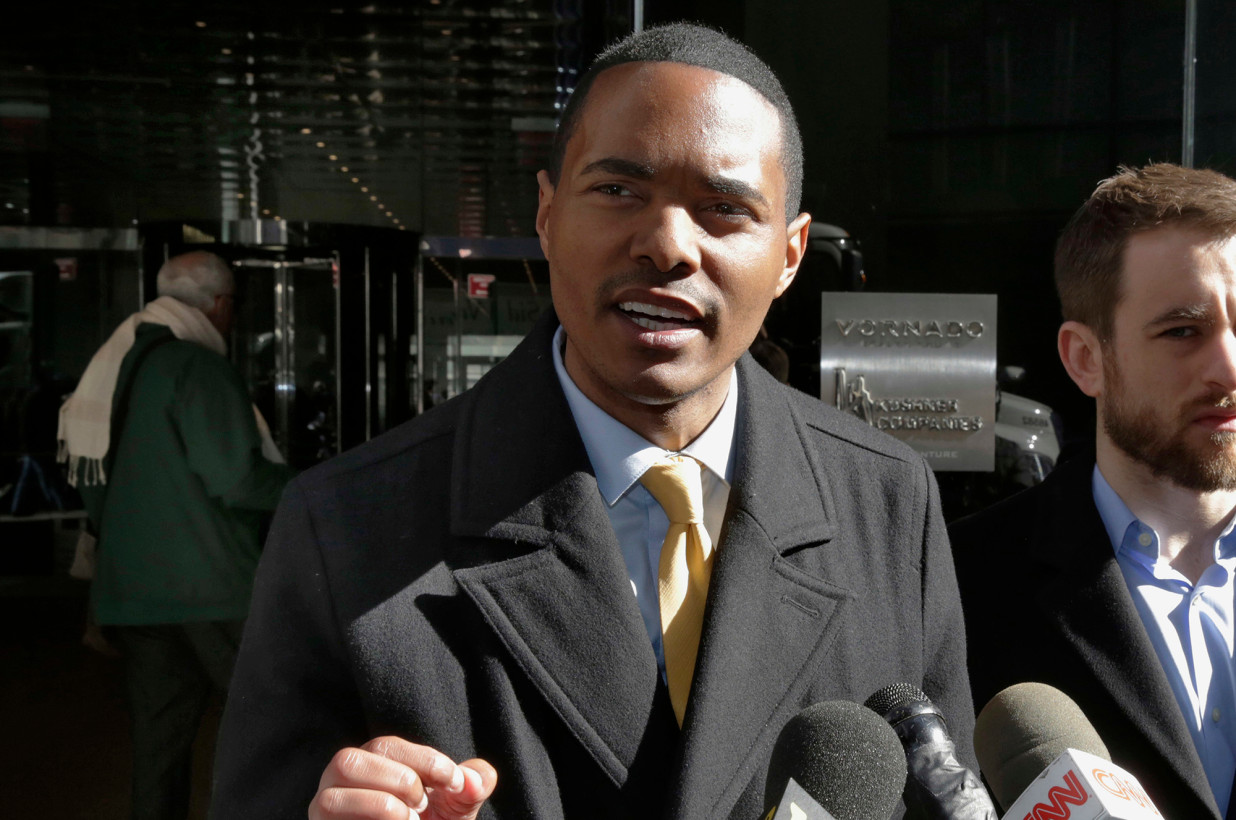 Ritchie Torres wants to be in both Black and Hispanic Caucuses

Current rules within the Congressional Caucus system raise questions on allyship, and self-identity.

Ritchie Torres is not even officially part of Congress yet, but is already challenging its antiquated rules. He’s ready to do away with the old and bring in the new.

After a successful primary race for New York’s 15th congressional district, Torres is expected to make history in becoming the first LGBTQ Afro-Latino to join Congress. He and Mondaire Jones will become the first two Black gay men to join Congress.

Torres’ decisive win over opponent Councilman Ruben Diaz Sr., a conservative minister known for making homophobic statements, and who trailed Torres with just 15% of the vote, made for a historic end to Pride Month.

But in an interview with Newsweek, Torres said before being sworn-in, he first has an issue with race and inclusion within the halls of Congress.

NEW from me: Afro-Latino @RitchieTorres wants to be in the Hispanic Caucus and the Black Caucus but he can’t be in both:

“It's an antiquated notion that you can be Black or Latino, but you can't be both.”https://t.co/eqVUYbF40F via @Newsweek

“It’s an antiquated notion that you can be Black or Latino, but you can’t be both,” Torres told Newsweek.

Torres’ interest harkens back Adriano Espaillat’s 2017 bid for admission into the Black Caucus. The Dominican-born Afro-Latino congressman unsuccessfully attempted to join both Hispanic and Black Caucuses, challenging the rules just one month into his new position, reported Remezcla.

“Even though our agendas are typically parallel, occasionally they are not,” The former Black Caucus Chairman told Politico in 2017. “So it may be problematic if someone wants to belong to two ethnic caucuses.

By denying Torres the ability to be visible as both a Hispanic and a Black individual, the Caucus system is deepening the racial divides, when in reality mixed-heritage individuals like Torres cannot see it as one way or the other.

Torres’ mother is Puerto Rican and his father is Black and Puerto Rican, prompting various accounts on Twitter to question whether he is “Black enough” to even join the Black Caucus.

Others criticized him for raising the issue at all.

“It’s so far removed from the lived experience of Afro-Latinos like myself,” Torres responded.

The current rules have Torres positioned to most likely join the Hispanic Caucus, but the issue highlights Congressional Caucus’ restrictions on overlapping identities.